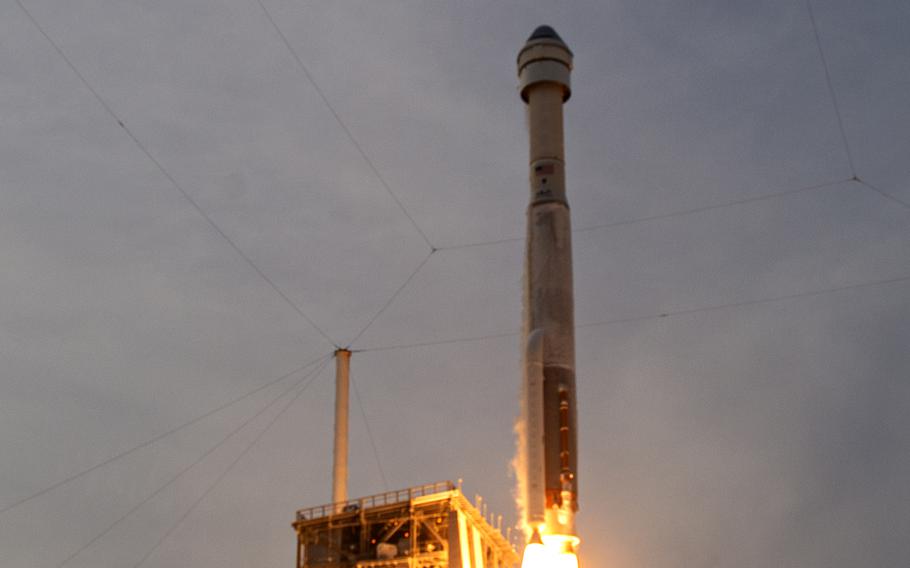 With two thrusters out and a balky thermal control system, Boeing’s Starliner spacecraft successfully docked with the International Space Station on Friday evening, completing yet another important milestone in its uncrewed test flight after two failed attempts.

Just over 25 hours after lifting off from Cape Canaveral, the autonomous spacecraft, which did not have any astronauts on board, docked itself to the station at 8:28 p.m. Eastern time, overcoming glitches, as Boeing works to eventually fly NASA astronauts on the capsule. Cheers broke out in mission control in celebration of what NASA called a “historic” first docking with the station for the spacecraft.

The docking was originally scheduled for 7:10 p.m. but was delayed as controllers on the ground worked to confirm telemetry data as well as ensure lighting conditions were ideal and communications were stable. The docking was delayed again after a problem with the mechanism Starliner uses to dock with the station forced controllers to retract the system and then extend it a second time to reset it.

On the way to the station, two of Starliner’s 12 main thrusters failed shortly after launch and the spacecraft’s temperature control system also malfunctioned. But neither problem prevented the docking, and the thrusters performed well during maneuvers since the launch put it into position for the docking.

Boeing blamed the thruster problem on a drop in pressure in the thruster chamber. But Boeing said the capsule’s flight control system automatically fired a third thruster as a backup, which completed the burn.

In a post-docking briefing with reporters, Steve Stich, NASA’s commercial crew program manager, said there were also problems with a couple of the smaller thrusters used to position the spacecraft for docking. “We have a lot of redundancy so that really didn’t affect the rendezvous operations at all or affect the rest of the flight,” he said. “I know after the flight we’ll go study the failures there and see what happened.”

Mark Nappi, a Boeing vice president who oversees the Starliner program said it was “a great day” for the company and for NASA to have another spacecraft capable of flying astronauts to the station. He added that it “was really nail-biting watching that vehicle sit out there for a little while until it was it was time to come in. So a lot of very happy folks in the Boeing program today because of what we saw.”

He said it was not entirely clear what caused the problem with the drop in pressure and added that since the thrusters are located on the service module, which is discarded during the return flight, “we may never know what the real cause of this is.”

Boeing also said it was continuing to monitor problems with the thermal control system, which is designed to keep the capsule’s systems at the right temperature as it flies through the vacuum of space. Boeing spokesman Steve Siceloff said during a live broadcast of the docking that the company had been able to overcome the problem by making “manual adjustments to the cooling system that would normally be automated.”

“This is all part of the learning process for operating Starliner in orbit,” he said.

In a statement, Boeing said the spacecraft “continues to perform well.”

The flight is a test to see how the vehicle performs before NASA allows its astronauts to fly aboard. Boeing has been working to complete the flight since 2014, when NASA awarded contracts to Boeing and SpaceX to develop spacecraft capable of ferrying astronauts to the space station and back.

SpaceX flew its test flight without crew in March 2019 and has flown five missions with NASA astronauts on board since, four of them with a full complement of four crew members.

Boeing, by contrast, has stumbled repeatedly. On its first attempt at an uncrewed test flight, the spacecraft suffered software and communication problems that cut its mission short before it could rendezvous with the station. It took 18 months before the company tried again, but that flight failed to even get off the ground last August when engineers discovered that 13 valves in the service module were stuck in the closed position.

Boeing said it has since fixed that problem, caused when propellant seeped through a valve and mixed with ambient moisture that led to corrosion.

As for Friday’s docking, the company said the capsule’s systems — guidance and navigation, flight software, communications and power generation — were all performing well.

The capsule is expected to stay docked to the station for four or five days before coming back to Earth.

If that goes well, Boeing and NASA will look to fly a crew on the vehicle for the first time near the end of this year or early next year.