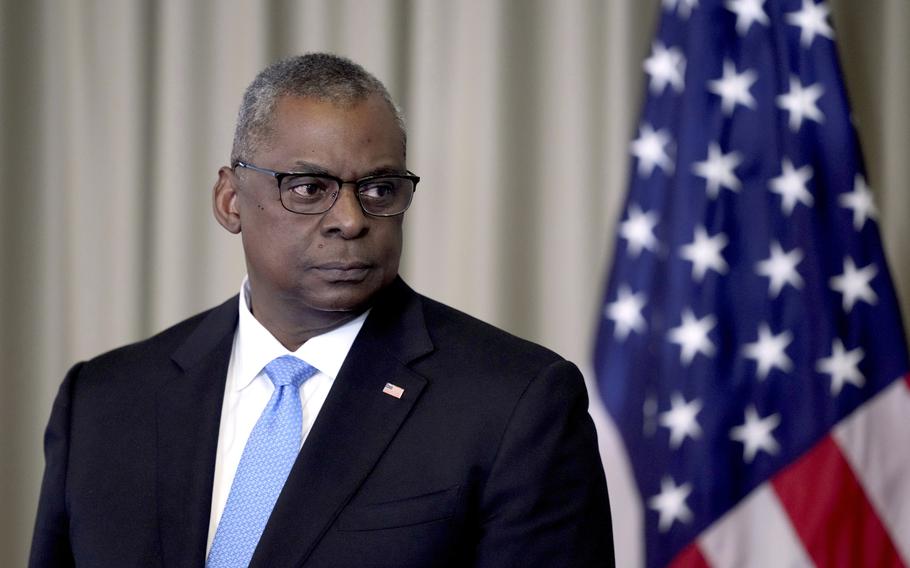 WASHINGTON – Defense Secretary Lloyd Austin on Friday spoke to Russian Defense Minister Sergei Shoigu for the first time since Russian forces launched an invasion of Ukraine in February, according to the Pentagon.

The U.S. initiated the hourlong call, which Austin had “consistently” requested for weeks to no avail, a senior U.S. defense official told reporters at the Pentagon.

“What motivated them to change their mind and to be open to it, I don't think we know for sure,” the official said.

While it’s the first time Austin has been able to petition Shoigu directly for a ceasefire, the U.S. official said the concept is not a new policy for the Pentagon.

“I think we, the administration [of President Joe Biden], has been consistent in wanting the fighting itself [to end,]” the official said. “In fact, the secretary himself has said the war could end today ... if the Russians stopped their offensive and started to pull back."

The official said no clear resolutions were made during the call.

“While [Austin] believes it was important to make that call ... the call itself didn't specifically solve any acute issues or lead to a direct change in what the Russians are doing and what they're saying.”

The official called the conversation’s tone “professional,” but declined to further detail its content.

“Both leaders had a chance to talk back and forth with one another,” the official said. “… For whether they're going to speak again, I mean, the secretary did express an interest in keeping the line of communication open."

Austin last spoke with Shoigu on Feb. 18, just days before Russia invaded Ukraine on Feb. 24 and started a war that is now entering its 12th week, Kirby said. At that time, Austin urged the defense minister not to invade Ukraine.

Russia’s recent refocus to the Donbas region in eastern Ukraine has not had any more success than its earlier failed efforts near the country’s capital of Kyiv, the official said.

"Essentially we continue to see the Russians not making any major gains in the Donbas,” the official said. “It's very much as we said it would be – an artillery fight back and forth, and that Ukrainian artillery is frustrating Russian efforts to make much ground."

Specifically, the Ukrainian resistance has thwarted Russian forces from being able to cross key parts of the Donetsk River, which starts in Russia and meanders south through eastern Ukraine, the official said.

Though few senior-level U.S. and Russian officials acknowledge having direct contact since the war started, the two countries established a communication line in March to reduce the risk of deadly misunderstandings, according to the Pentagon.

"The United States retains a number of channels to discuss critical security issues with the Russians during a contingency or emergency," a senior U.S. defense official had said.

The U.S. government has sent Ukraine about $3.8 billion in military aid since the war began.

The U.S. has about $100 million left to use to send Ukraine additional weapons from its stocks as part of the last supplemental funding bill for the country in March.

The official said he did not “have an announcement to make” on when the $100 million will be spent but told reporters to "stay tuned."