US firearm homicide rate in 2020 highest in quarter-century, CDC says 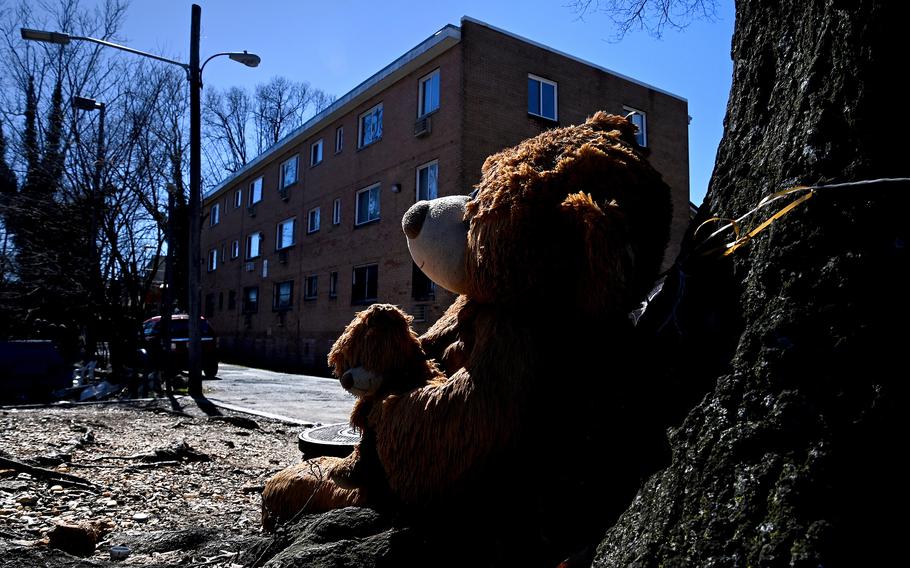 A stuffed animal is part of a memorial in March where a killing took place in Washington, D.C. (Michael S. Williamson/The Washington Post)

The surge in gun violence across the United States in 2020 pushed the firearm homicide rate that year to its highest level in a quarter-century, the Centers for Disease Control and Prevention reported Tuesday.

This rise in fatal shootings impacted communities nationwide, but there were wide gaps across racial, ethnic and economic lines, with the increases in 2020 broadening already existing disparities, the CDC found.

In a new report, the CDC said the spike in deadly gun violence was "not equally distributed" in 2020.

The report comes as communities across the country have been struggling with an increase in gun violence since 2020. In some cities, the bloodshed is well below what they saw a generation ago, while other communities have experienced record numbers of killings.

In its new report, the CDC examined how rates of deaths involving guns shifted in 2020, the first year of the pandemic. What emerged was alarming: The firearm homicide rate that year was higher than in any year since 1994.

The report's findings were grim and consistent, with increases seen across the board. Firearm homicide rates went up in every region of the country and in every age group.

About 4 in 5 homicides in 2020 involved firearms, the CDC report said, as did a little more than half of all suicides. Both figures were slightly up from the five previous years.

In a separate report released last month, the Johns Hopkins Center for Gun Violence Solutions similarly documented a nationwide spike in the firearm homicide rate in 2020, calling it "the largest one-year increase in modern history." That report also said despite this surge, "the gun homicide rate is still lower than it was in the early 1990s."

While the increase in gun violence over the last two years has been well documented, the CDC's report examining 2020 underscores the harrowing toll this has taken nationwide — and which groups were hit the hardest when shootings went up.

"When you really look at who this is impacting, it's really that we're losing too many of our nation's children and young people, specifically Black boys and young Black men," Debra Houry, the CDC's acting principal deputy director, said in an interview before the report's release.

Black people and American Indian or Alaska Native people had the highest firearm homicide rates in 2020 as well as the largest increases over the year before, the report found.

In many impoverished communities, people lack access to things such as health care, jobs and services, Houry said.

The report says policies that could bolster a household's economic stability — such as tax credits and child-care subsidies — can, in turn, help lower its risk factors for homicide or suicide.

"The message for policymakers is, we can address these disparities at the community level," said Houry, who directs the CDC's National Center for Injury Prevention and Control.

The CDC report acknowledges various theories that have been offered to explain the recent increases in gun violence — including pandemic-induced stress, strained relationships between police and the public, and a surge in firearm sales. But the report notably did not endorse any of these theories, instead saying that its findings "do not support causal inferences, and reasons for increasing rates and widening inequities are unclear and potentially complex."

Calling shooting deaths a "persistent and significant" public health issue, the CDC report also says the data from 2020 "heightened the urgency of actions that can have immediate and lasting benefits."

The report calls for "addressing factors that contribute to homicide and suicide, including the underlying economic, physical and social inequities." Among other things, the report mentions improving gun safety and storage; highlights policies that provide financial aid to people; suggests focusing on populations at a higher risk for violence; and discusses restoring vacant buildings and offering green spaces saying research has found this step lowers the risk of gun violence.

Looking at what can be done going forward, and not just the toll, is pivotal, Houry said.

"We're talking about statistics, but those numbers are lives," she said. "That's why we have to focus on what we can do. … Because it is preventable. It's not inevitable."

If you or someone you know needs help, call the National Suicide Prevention Lifeline at 800-273-TALK (8255) or visit suicidepreventionlifeline.org.