‘Stand your ground’ laws linked to 11% rise in US firearm homicides, study says 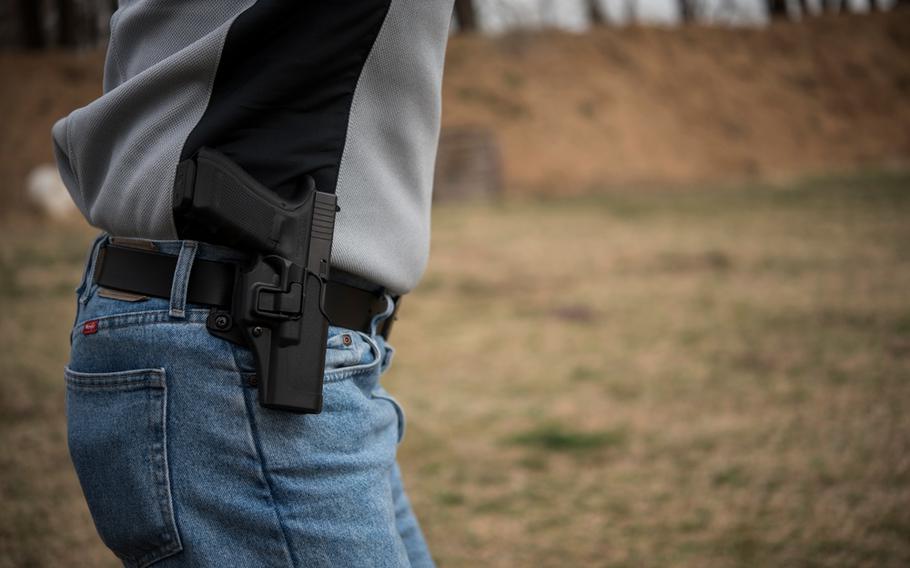 “Stand your ground” laws may have led to hundreds of additional homicides every year in the United States, according to a new study that could boost criticisms that they encourage unnecessary violence.

Fiercely debated and increasingly common in the United States, stand-your-ground laws remove the duty to retreat from an attacker when possible before responding with potentially deadly force. They became a flash point in national disputes over gun violence, self-defense and racial profiling, particularly after the fatal shooting of Trayvon Martin, a Black teenager, in 2012.

Justifications for stand-your-ground often “center around these laws actually having some protective effect on public safety and deterring violence,” said David Humphreys, an associate professor at the University of Oxford and one of the paper’s authors, in an interview. “There doesn’t seem to be any evidence to show that and, you know, we only seem to see the opposite effect.”

The research echoes some other studies that found spikes in firearm homicides after the laws were passed - especially in Florida, which kicked off a wave of stand-your-ground legislation in 2005. Michelle Degli Esposti, the study’s lead author, said she and her colleagues “really wanted to unravel whether [Florida] was just this outlier.”

The trend extends well beyond one state, she said. But the national numbers also mask big geographical differences.

The largest jumps in homicides and firearm homicides - as high as 33.5% - occurred in southern states including Alabama, Florida, Georgia, Louisiana and Missouri. In contrast, stand-your-ground laws were not associated with significant changes in Arizona, Indiana, Michigan, Nevada, Oklahoma, Texas and West Virginia, the study found.

That suggests stand-your-ground is not the only factor at play, the researchers acknowledge.

Michael Siegel, a doctor and researcher at Tufts University School of Medicine who was not part of the research team, expanded on the possible explanations in a commentary for JAMA Network Open: “I would argue that the most important factor is the public’s awareness of the change in the law,” he writes, pointing to intense media coverage, public discussion and a campaign by the National Rifle Association as Southern states passed stand-your-ground laws in 2005, 2006 and 2007.

Siegel also speculates that another factor may be “required to interact with the presence of a [stand-your-ground] law to result in increased homicide, such as a culture of violent self-defense, a high prevalence of gun ownership, or easier access to guns because of weaker state regulation.”

Some advocates have promoted stand-your-ground as a way to reduce violence, by ensuring that victims can retaliate against an assailant and deterring crime. But the researchers note that no states saw drops in homicide after passing them and that the country as a whole reported an “abrupt and sustained” spike in rates of monthly homicide and firearm homicide.

Stand-your-ground drew national attention after the fatal shooting of Martin in Sanford, Fla. George Zimmerman, a neighborhood watch captain who followed and shot Martin, was acquitted after testifying that Martin attacked him and that he killed the unarmed 17-year-old in self-defense.

Zimmerman’s trial hinged on self-defense, not stand-your-ground specifically - but his case still pushed Florida’s early removal of “duty to retreat” into the spotlight. The policy has steadily expanded over objections from activists, law enforcement and prosecutors who worry about its effect on violent crime. Ohio passed a stand-your-ground law last year after lobbying that pitted a state police union against pro-gun groups.

Stand-your-ground “gives me the ability to make a decision I think is best immediately, rather than put some legal standard in front of me that I have to make when I’m in fear for my life,” Rob Sexton, legislative affairs director for the Buckeye Firearms Association, told The Washington Post last fall.

Martin’s case and others have sparked concerns that stand-your-ground could be particularly dangerous for Black people, given racial biases that could fuel people’s perceptions of who is a threat.

Analyzing applications of stand-your-ground in 2013, the Tampa Bay Times reported that defendants were more likely to cite the law successfully when the person they killed was Black.