US lifts tariffs on Ukrainian steel in symbolic move

The Biden administration announced it is lifting tariffs on Ukrainian steel for one year, a mostly symbolic move by the U.S. to boost the the war-torn country's economy.

The duties being suspended were put into place by former President Donald Trump, who in 2018 imposed a 25% tariff on all steel imports. Ukraine is a relatively minor supplier of steel to the U.S., and current imports would not threaten domestic producers' market share.

"We can't just admire the fortitude and spirit of the Ukrainian people — we need to have their backs and support one of the most important industries to Ukraine's economic well-being," Commerce Secretary Gina Raimondo said in a statement.

Exports of most Ukrainian commodities, including finished steel, have collapsed since Russia invaded Feb. 24.

Russian President Vladimir Putin has touted his forces' destruction and capture of the southern port city of Mariupol, where weeks of bombardment killed at least 20,000 civilians, according to Ukrainian officials. But Ukrainian troops are continuing to hold out at the city's giant Azovstal Iron and Steel Works.

The plant, owned by Metinvest Holding, once had the capacity to produce 6.2 million tons of steel and 4.7 million tons of finished rolled steel each year, according to the company's website. That comprised roughly one-fifth of Ukraine's entire steel production.

Some Ukrainian steel mills have started production again despite ongoing fighting, the U.S. Commerce Department said. Other mills have continued to pay, feed and shelter workers while operations have stopped.

The European Union on April 27 proposed temporarily lifting all remaining tariffs and quota requirements on Ukrainian exports, including steel, industrial and agricultural products.

Some governments, including Japan, the U.K. and EU, have previously negotiated deals with the U.S. to reduce the tariff imposed by Trump.

"As Ukraine continues to valiantly fend off Russia's brutal invasion, it is important that the United States do everything it can to support the Ukrainian economy," Wyden said. 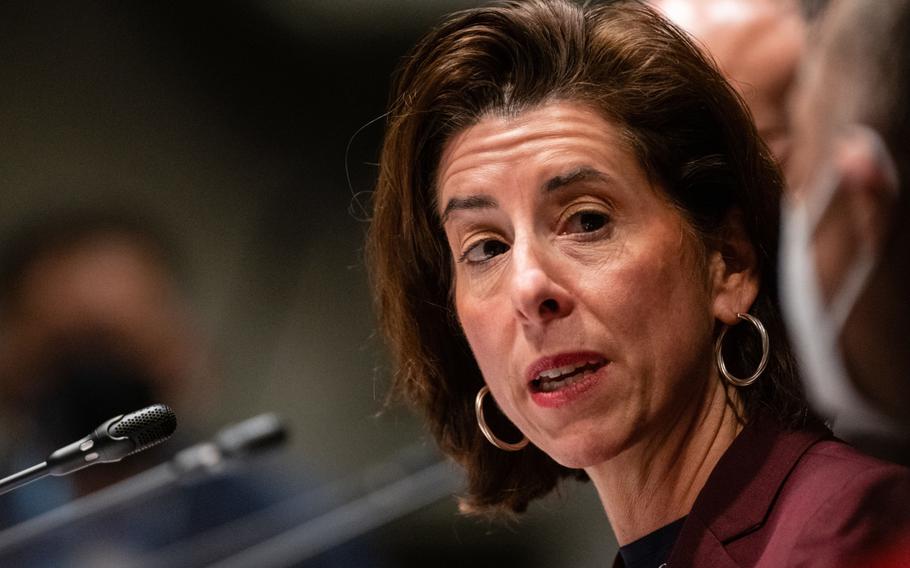