Sen. Tuberville: Private sector, not public, should invest in semiconductors for Javelin development 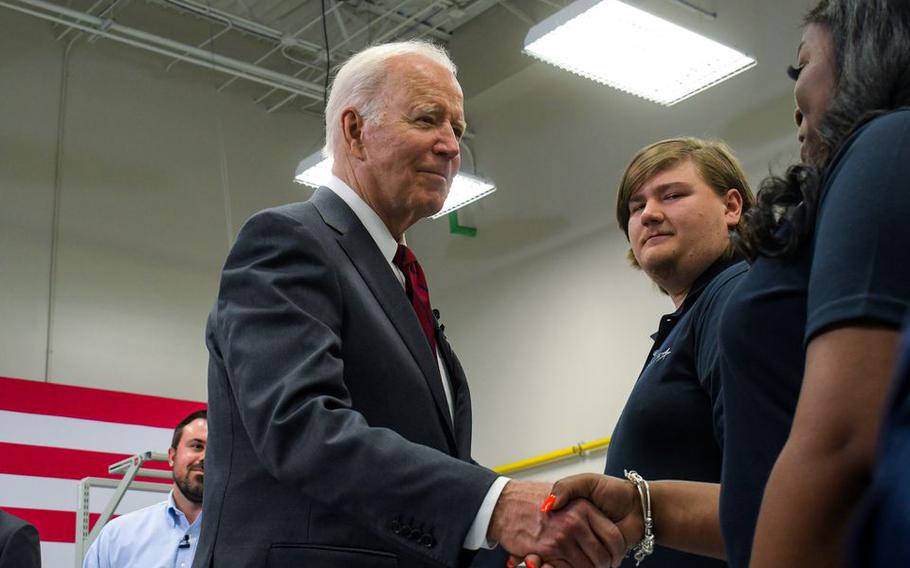 Republican Senator Tommy Tuberville of Alabama said Wednesday that he opposes federal efforts to invest billions of dollars into semiconductor research and development.

Tuberville, during a media call Wednesday, said he believes the private sector and not the federal government should be in charge. His comments oppose a push by the Biden administration and a bipartisan effort in Congress to boost federal spending in semiconductor grants and subsidies.

“The federal government does not need to get involved in this,” Tuberville said. “We have raging inflation and we continue to throw money out into the economy and all it does is make inflation worse.”

President Joe Biden, during a visit to a Lockheed Martin plant near Troy, called on Congress to back an innovation and competition legislation that has languished in the legislative body. The president said each Javelin missile built at the plant and utilized by the Ukrainians to defend themselves against Russia requires 200 semiconductors.

“Where in God’s name is it written that the United States cannot be leading in manufacturing?” Biden said before approximately 250 Lockheed Martin employees during his first visit to Alabama as president. “We have the best workers, the most competent workers and the best scientists in the world.”

Tuberville said he is more encouraged with private sector activity in states like Arizona and Ohio, where Intel — the world’s largest semiconductor manufacturer — is building factories. The Ohio plant, for instance, represents a $20 billion investment by the computer chip giant.

“We can be self-sufficient in our country and no depend on Asia to supply our microchips,” Tuberville said. “Innovation should come from the private sector, and not the federal government.”

A bipartisan group of over 100 lawmakers are part of a conference committee to hash out the differences between two separate innovation bills — a House version, called the America COMPETES Act of 2022, passed in February; and the Senate legislation called Innovation and Competition Act of 2021.

Republican U.S. Senator Richard Shelby of Alabama is part of the conference committee charged with pushing through a final measure.

Tuberville, meanwhile, said he plans to vote against legislation to send more federal aid to Ukraine if it is wrapped into a measure that includes additional funding for COVID-19 relief.

“I have supported previous aid to Ukraine,” Tuberville said. “Any new funding we provide to Ukraine must be targeted and necessary.”

Biden, while also in Alabama, called on Congress to support his plan for $33 billion in additional military, humanitarian and economic assistance for Ukraine.

The spending has drawn some initial bipartisan support, although some Democrats have suggested wrapping it in with additional COVID-19 funding, which Republicans have opposed.

A spokeswoman for Shelby said on Tuesday that Shelby supports “advancing a standalone aid package for Ukraine” that provides sufficient assistance for the Ukrainian defense.

Tuberville said the additional Ukrainian aid should not be tied to more COVID-19 spending.

“These are separate issues and should not be grouped together for political purposes,” he said. “I will not entertain any talks of supporting the requests as one package.”

Tuberville’s comments echo those of Senate Republican leaders like Mitch McConnell of Kentucky, who said on Tuesday that the best way to pass the Ukrainian aid is to strip it of extraneous items.