Ukrainians welcomed by Americans at levels unseen for refugees since 1939, poll finds 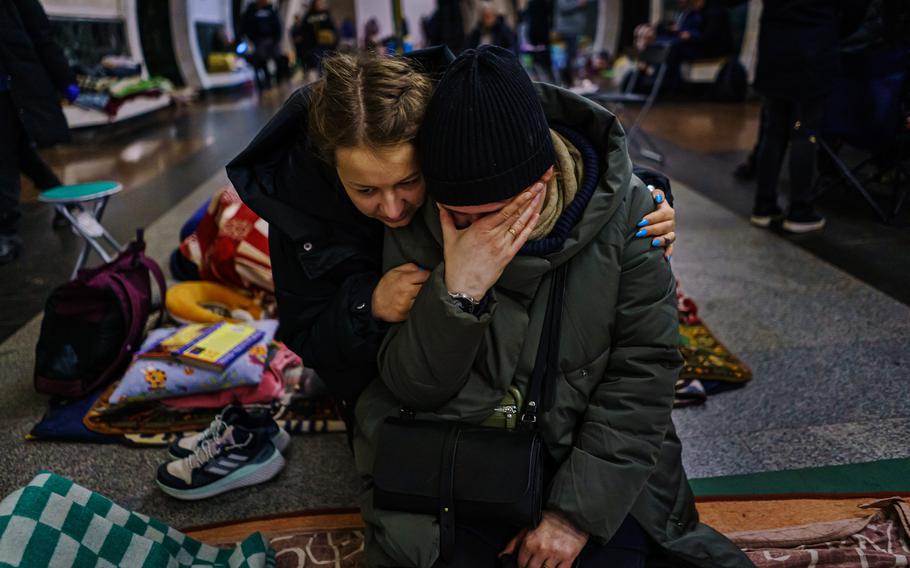 (Tribune News Service) — A large majority in the United States support welcoming up to 100,000 Ukrainian refugees into the country — the highest level of support for refugees ever recorded in the country since 1939, according to a recent poll.

On April 21, President Joe Biden announced the launch of a new program, Uniting for Ukraine, created to help the U.S. fulfill its plans to accept 100,000 refugees impacted by the Russian invasion into their country, according to previous reporting by McClatchy News.

About 78% of people in the U.S. said they supported admitting up to 100,000 refugees in the country, according to an April 26 Gallup poll.

The previous record-high support for welcoming refugees was in 1999 when about 66% of people in the U.S. approved admitting “several hundred ethnic Albanian refugees from Kosovo,” according to the poll.

The only other time a majority of respondents approved of welcoming refugees was in 2018, when 51% of people in the U.S. said they supported allowing several thousands refugees from Honduras and Central American countries, the poll found.

Americans have opposed taking in other groups of refugees in the past, however. Only 16% of Americans told Gallup in 1946 that they support taking in “more Jewish and other European refugees than allowed by law” in the aftermath of World War II, and just 37% said they supported welcoming “at least 10,000” Syrian refugees in 2015.

And the poll showed that even when Americans supported taking in refugees in the past, it was only in hundreds or thousands — not up to 100,000 like in this case.

Support for welcoming Ukrainian refugees is bipartisan and widespread across gender, age and education subgroups, according to the poll. About 92% of Democrats said they support admitting refugees from Ukraine compared to 61% of Republicans.

Before Russia’s invasion of Ukraine, 62% of people in the U.S. had a favorable view of Ukraine compared with only 15% who viewed Russia favorably, according to the poll.

Through the Uniting for Ukraine program, individuals and organizations in the U.S. can apply to sponsor Ukraine citizens starting April 25.

The poll was conducted by phone from April 1 to 10 with 1,018 adults in the U.S. The results in this poll have a margin of error of more or less 3 percentage points.