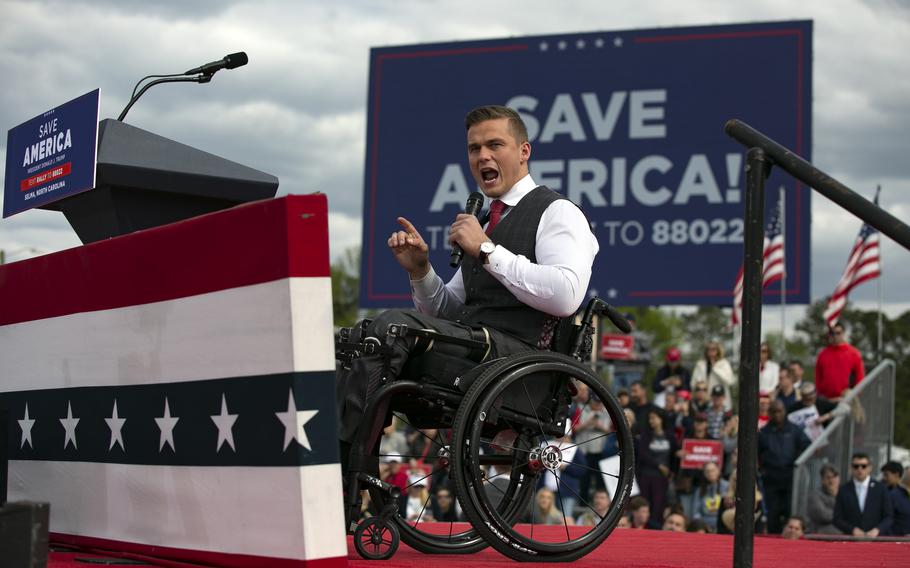 Cawthorn was stopped after agents found the North Carolina Republican congressman with a 9 mm handgun at Checkpoint D, according to the station.

A TSA spokesman confirmed to The Charlotte Observer that agents “detected” and “recovered” a loaded Staccato 9 mm handgun at Checkpoint D at about 9 a.m.

In an email, the spokesman said, “The TSA does not release passenger information in any incident” and referred the Observer to the Charlotte-Mecklenburg Police Department for more information.

This is the second instance in which Cawthorn has been caught with a gun at an airport. In February 2021, Cawthorn tried to go through security with a gun at the Asheville airport.

Security found a Glock 9 mm handgun and confiscated it from the congressman but allowed him to board the plane.

He’s also been twice caught with knives on educational properties.

Cawthorn has found himself in a myriad of controversies in the previous few weeks that led to North Carolina’s top Republicans supporting his opponent, state Sen. Chuck Edwards, in the May primary. Those Republicans include U.S. Sen. Thom Tillis, state Senate Leader Phil Berger and House Speaker Tim Moore.

Cawthorn’s comments on his colleagues caused Republican leaders such as Minority Leader Kevin McCarthy to tell Cawthorn he had lost his trust and that consequences were possible, including stripping him of any committee assignments.

Last year marked the first time TSA agents found more than 100 guns in passengers’ carry-on luggage at CLT, and an almost 40% increase from the previous record of 76 in 2018.

Guns were found at a higher rate in North Carolina compared to the nationwide rate, according to TSA.

TSA agents also found some unusual banned items at CLT security checkpoints last year, including a stun gun disguised as a cellphone and a cane with a screw-off top concealing a knife.

The Asheville airport had the third-highest tally for guns found at checkpoints, with 15 guns found last year.