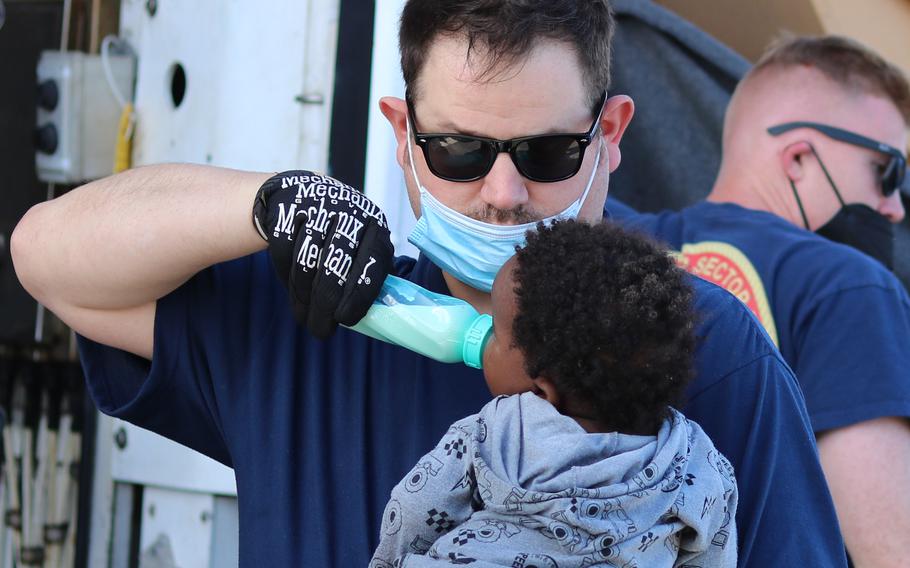 The Florida Keys-based crew handed over 67 Haitians and 15 Cubans to the Royal Bahamian Defense Force on Friday after they were detained near Anguilla Cay, over 100 miles southwest of Key West, in two separate stops, the Coast Guard told the Herald in a news release.

Migrants are taken to the Bahamas when they are found in Bahamian waters.

Only hours before the transfer, the crew spotted an overloaded chug, or small boat, on Friday, taking 15 Cuban men aboard “for safety of life at sea concerns,” according to the Coast Guard. On April 11, another crew found an overloaded sail freighter, bringing 51 men, 10 women and six children, all Haitians, aboard due to safety concerns.

“These types of voyages are extremely dangerous,” said Lt. Cmdr. Jason Neiman, Coast Guard District Seven public affairs officer. “If our cutters were not patrolling the waters, who knows what would have happened to these people.”