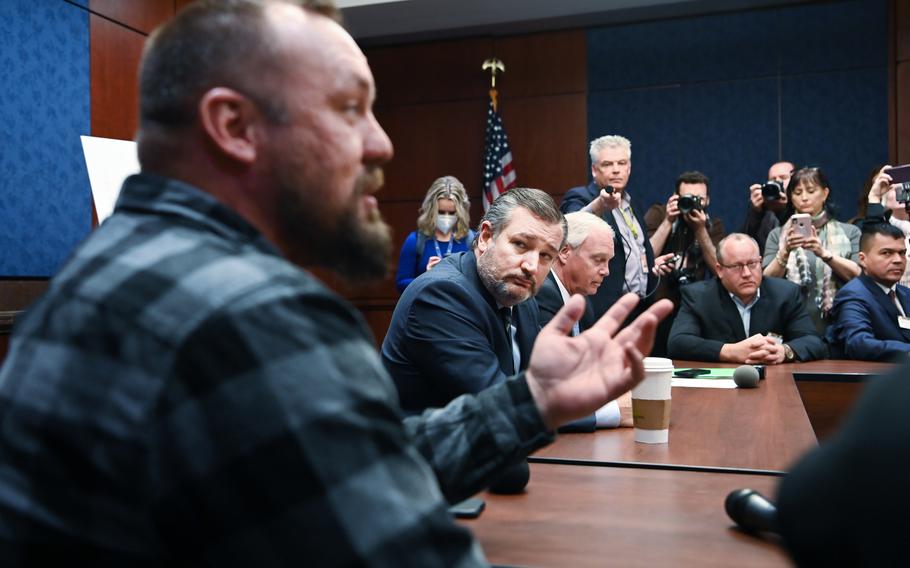 It was not clear what would come from the meetings, but after days of staying at arm's length from Washington on the Capital Beltway, convoy leader Brian Brase said the trip to the nation's capital was a large step forward in the campaign.

"I got what I was hoping for," Brase said after meeting with Sens. Ted Cruz, R-Texas, and Ron Johnson, R-Wis. "I got two respectful members of the Senate here. And I got all the media to come in this room and start covering it. That's a win for me. That's a win for the People's Convoy."

The group arrived in the D.C. region after a 2,500-mile journey that took its earliest members from Adelanto, Calif., to the Hagerstown Speedway more than an hour outside Washington. In the days since — amid repeated loops around the Beltway in protest — the convoy has gained the attention of Republican lawmakers, many of whom share their opposition to federal vaccine and mask mandates.

During Tuesday's meeting with the two senators, which was livestreamed for other members of the convoy to watch, Cruz and Johnson encouraged organizers to keep pushing Democrats in Congress.

"The challenge is this: This is where you guys, your voice, is so important, because you've got to get some people willing to cross party lines," Cruz said.

Though many pandemic-related restrictions at the federal and local levels have been blocked or rescinded, Brase has rallied supporters by calling mandates an infringement on their freedoms. He said they will continue their fight until mandates for health workers, federal employees and military personnel are eliminated. 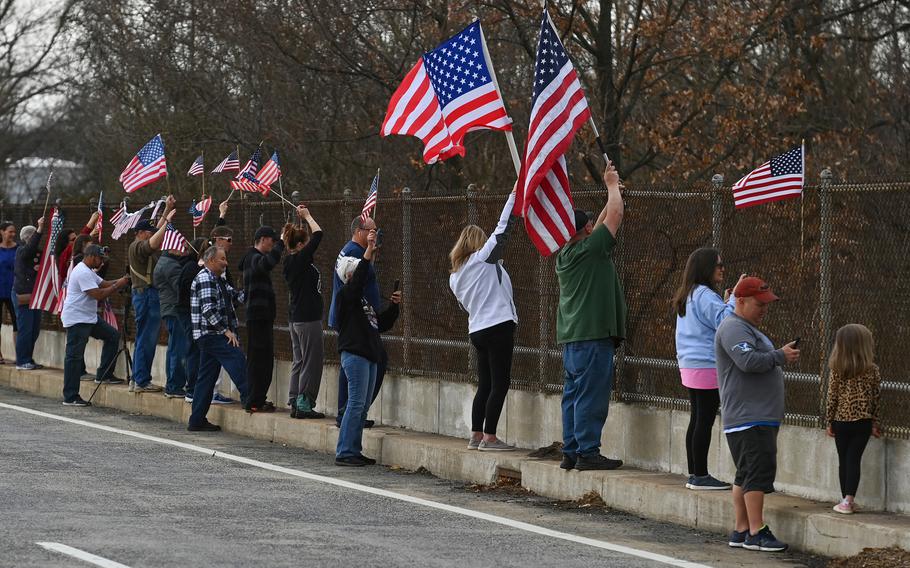 Supporters of the "People's Convoy" cheer and wave flags as it travels east on Interstate 70 on March 7, 2022, in Myersville, Md. (Ricky Carioti/The Washington Post)

Representatives from the convoy also met with some Republican members of the House Transportation Committee on Tuesday afternoon, discussing their shared opposition to pandemic-related restrictions and vaccine mandates.

"We've been dictated to, as well," Rep. Garret Graves, R-La., said in the meeting, which was also live-streamed. "Up until the public showcase of the State of the Union, we had to wear a mask."

The lawmakers said Republicans, in the minority in Congress, have limited options for setting federal policy.

"Don't forget, though, where the mandates come from. They come from the administration," said Rep. Sam Graves of Missouri, the top Republican on the committee. "We can pass a bill to override what the president's done through regulation, but he has the option to veto it."

As Brase and others made the rounds on Capitol Hill dressed in flannel button-down shirts and boots, other members of the convoy were circling the Beltway in continued protest. A caravan of trucks, SUVs and cars made a single loop around the 64-mile Beltway, blaring horns along the way.

"We're making our statement," one trucker said in a radio transmission as he drove the loop. "Just be safe."

Law enforcement officials in Maryland and Virginia reported no incidents Tuesday and said traffic continued to flow with only minor convoy-induced congestion. The demonstrations over the past three days have occurred after the morning rush and often have blended with normal Beltway traffic.

Brase, who said earlier that the convoy intended to remain in Hagerstown through at least Saturday, hinted Tuesday that convoy members might stay in the Washington area longer while seeking to meet with more lawmakers.

The group also has picked up additional members. Monday night, truckers were joined by another convoy of nearly 150 trucks and cars, blaring their horns when they arrived at the speedway, where crowds display support for Trump and disdain for Biden.

Brase, a 37-year-old trucker from northeast Ohio, told the crowd Monday night there have been small victories already, listing mask mandates that have dropped since the first members of the convoy departed last month from California.

While a faction of the group has expressed support for taking the protest into the nation's capital, Brase has said there are no plans to do so.

Corinne Geller, a spokeswoman for the Virginia State Police, said Tuesday there have been no issues related to the convoy's Beltway actions.

"We haven't had any problems with them the whole time they've been here," she said.

Maryland State Police said despite some congestion as the group moved around the Beltway, there have been no arrests, towed vehicles or infractions given as a result of the convoy.

The Washington Post's Jasmine Hilton and Paul Duggan contributed to this report.