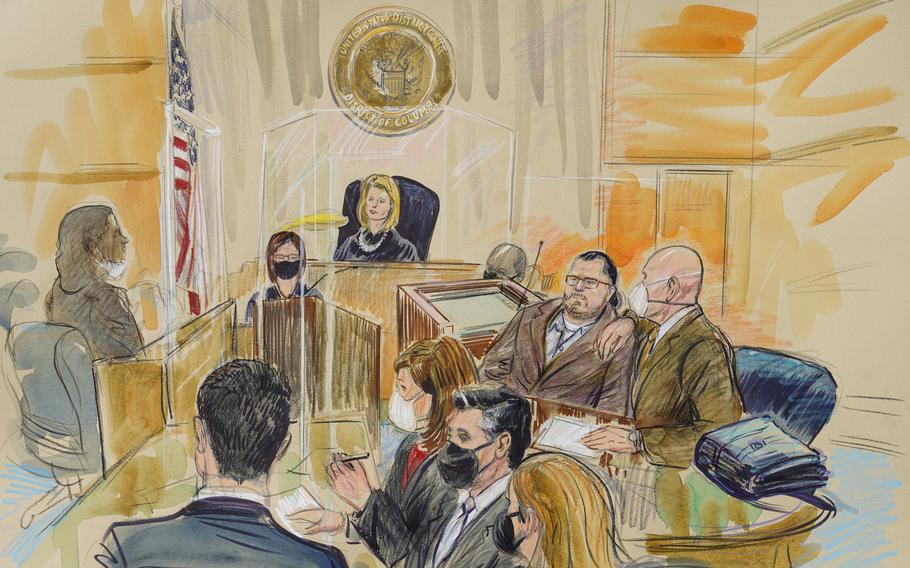 WASHINGTON (Tribune News Service) — The first person to go on trial over charges stemming from the Jan. 6 insurrection was found guilty, a crucial victory for the U.S. Justice Department as it continues to prosecute hundreds of other rioters.

Texas man Guy Reffitt, a member of the Three Percenters militia group who was turned in to law enforcement by his teenage son, was convicted Tuesday on all five counts brought against him in Washington following a six-day trial. The jury deliberated for less than four hours.

The case is a bellwether for how juries may weigh evidence in other cases that go to trial later this year, including two group trials of militia members accused of conspiracy and sedition — the most serious charges stemming from the insurrection.

Reffitt was found guilty on charges including obstruction of Congress and carrying a loaded firearm on federal grounds. He was also found guilty of obstructing justice by threatening his son and daughter to keep quiet about his participation in the riot. His son, Jackson Reffitt, was the government’s star witness during the trial.

The trial offered the first look at how federal prosecutors have built their cases against people who laid siege to the Capitol in an effort to stop Congress from certifying President Joe Biden’s victory in the 2020 presidential election. More than 140 police officers were injured, lawmakers fled and their offices were ransacked.

According to prosecutors, Reffitt helped lead the first group of rioters up the steps of the Capitol terrace and encouraged them to forcefully confront police officers who were quickly overwhelmed and forced to retreat.

Multiple Capitol Police officers and federal agents also took the witness stand, including one who broke down in tears describing officers screaming over their radios for help.