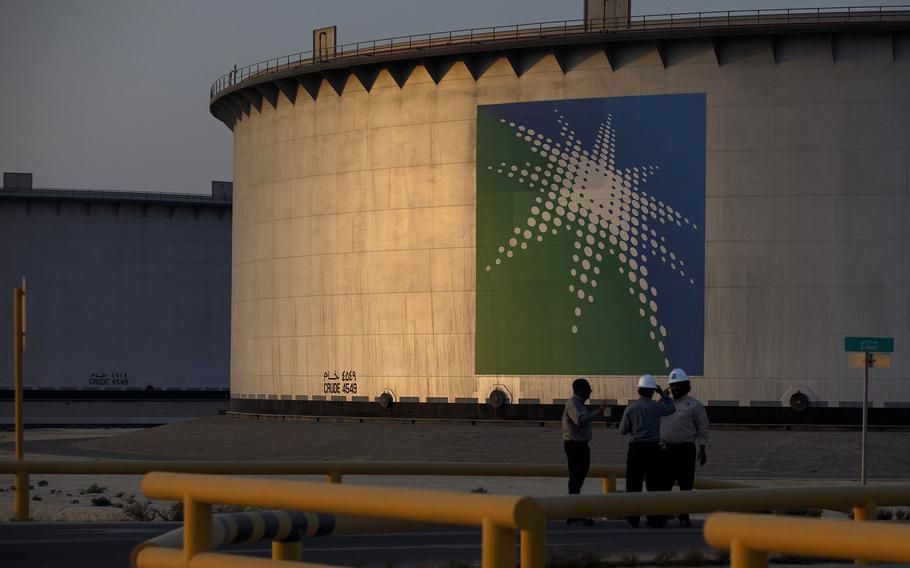 The U.S. and its allies are discussing a coordinated release of about 60 million barrels of oil from their emergency stockpiles after Russia's invasion of Ukraine pushed crude prices above $100.

The deliberations are currently focused on a release of 30 million barrels from the U.S. Strategic Petroleum Reserve and an equivalent amount from a group of other countries, according to three people familiar with the matter, who asked not to be identified discussing non-public deliberations.

No decisions have been made and the discussions could continue for several more days, with the U.S. coordinating with other members of the International Energy Agency, the people said.

The U.S. Energy Department and the IEA didn't immediately respond to requests for comment.

Crude prices shot above $105 a barrel in London last week for the first time since 2014 on fears that oil and gas supplies from Russia could be disrupted, either by the conflict in Ukraine or retaliatory western sanctions. International benchmark Brent remained above $100 on Monday, exacerbating an inflationary surge for energy-consuming nations.

The threat of a worsening cost-of-living crisis for millions has jolted the leaders of major energy-consuming nations, who are now considering the first IEA-coordinated release from emergency oil reserves since the Libyan civil war of 2011.

U.S. officials who were involved in that action a decade ago are participating in the current deliberations, people said. Consultations have also included officials from Saudi Arabia, the United Arab Emirates and other OPEC+ nations, two people said.

A decision is expected within days and U.S. officials are also talking with allies about the possibility of discharging more stockpiled crude later, according to two people.

European Union ministers will discuss on Monday a coordinated release of emergency oil supplies within the framework of the IEA, the bloc's energy chief Kadri Simson said before an emergency meeting of member states. The IEA will hold an extraordinary ministerial meeting on Tuesday, Executive Director Fatih Birol said on Twitter.

Russia's aggression has spooked a market that was already looking tight as a vigorous recovery in demand from the pandemic ran into supply constraints due to under-investment and disruptions around the world. Trading giants Vitol and Trafigura expect triple-digit prices to continue for a prolonged period.

Surging gasoline costs are a particular risk for U.S. President Joe Biden, who faces midterm elections with slipping approval ratings. He already failed to tame fuel prices with an initial release of crude from emergency stocks announced last year. Traders said that initiative was undermined by its limited scope, with most of the barrels being offered on condition of later return.

Previous deployments of IEA oil stocks also came during the 1991 Gulf War, and the onslaught of hurricanes Rita and Katrina in 2005, making this just the fourth such intervention in the IEA's five-decade history.

The IEA's 30 members, drawn from the Organization for Economic Cooperation and Development, include the U.S., Japan, Germany and France.