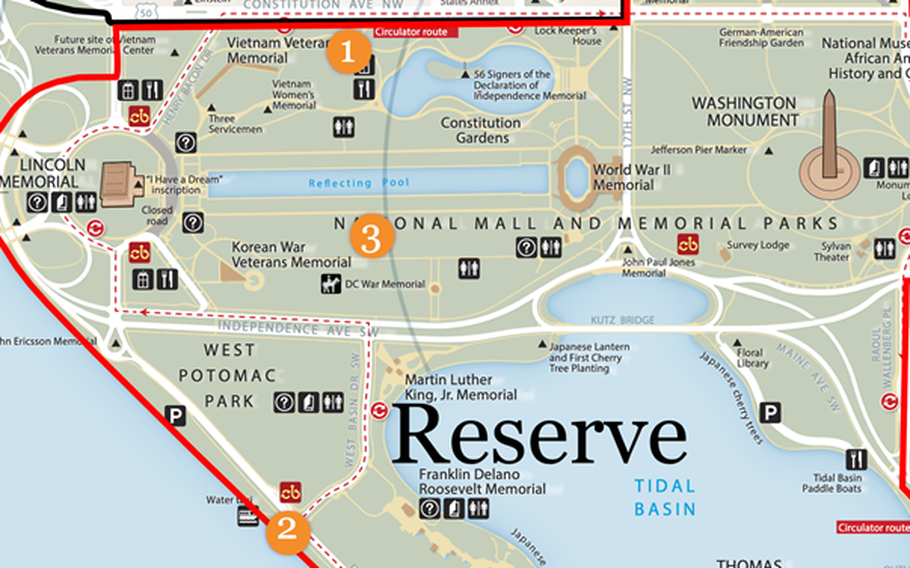 WASHINGTON — A new Global War on Terrorism Memorial would get a sought-after location on the National Mall under a measure included in the annual defense bill that President Joe Biden is expected to sign.

Organizers behind the effort have been working for about seven years to establish a national memorial that would honor service members who fought in the conflicts in Iraq and Afghanistan, as well as their families. They’re adamant about giving the memorial a place of prominence on the National Mall, but roadblocks in Congress the last two years almost jeopardized those plans.

Now, a measure included in the National Defense Authorization Act would clear the way.

“We’re going to build a memorial on the National Mall so we have a place for our veterans, their families, and our Gold Star families, said Rep. Jason Crow, D-Colo., one of the sponsors of the measure. “People will be able to come reflect, mourn and understand the sacrifice of our men and women over the last 20 years.”

In addition to Crow, the measure was led by Rep. Mike Gallagher, R-Wis., Sen. Joni Ernst, R-Iowa, and Sen. Maggie Hassan, D-N.H. It would exempt the Global War on Terrorism Memorial from a 2003 law that prohibits any more development in a section of the National Mall described as the “reserve.”

The reserve encompasses the central area of the National Mall, from the Capitol to the Lincoln Memorial and from the White House to the Jefferson Memorial, as well as from the Tidal Basin to the Potomac River. Congress acted in 2003 to prevent any more development in the area out of concerns over a loss of open space on the mall. Between 1980 and 2000, seven new memorials were established there.

“Hopefully within the next couple of years the foundation will be able to start on a memorial on our nation’s mall,” said Ernst, after successfully adding the measure to the NDAA. “This memorial will be a place of healing for the Gold Star families that lost a loved one, and it will be a place of remembrance for all who served in the Global War on Terror.”

Congress approved the NDAA last week, and Biden is expected to sign the bill. The NDAA sets the Defense Department’s annual budget and includes a slew of policies for the Pentagon. It’s one of the only major bills that passes reliably through Congress each year, making it a desirable target for lawmakers to attach other measures.

The Global War on Terrorism Memorial Location Act was introduced last year as a standalone bill, but it failed to get traction in Congress. Lawmakers reintroduced the measure this year, and it again hit roadblocks.

Following the 20th anniversary of the 9/11 terrorist attacks and the withdrawal of U.S. forces from Afghanistan in August, there was a renewed push to get the bill through Congress. Ernst went to the Senate floor in September and asked the chamber to approve the bill by unanimous consent, but Sen. Joe Manchin, D-W.V., blocked the vote.

Manchin voiced concerns that its passage would be unfair and create a bad precedent for any future memorials.

“This precedent would reopen fights to locate other memorials on the National Mall, create conflict and ultimately delay the construction of this memorial,” Manchin argued.

Even with the exemption approved, the process to establish the memorial will likely take another four to five years, said Marina Jackman, the president of the Global War on Terrorism Memorial Foundation.

During the congressional battle, the Global War on Terrorism Memorial Foundation put the rest of the process on hold. The federal process is 24 steps, and site selection involves steps nine through 12. Later steps include fundraising and deciding the memorial’s design.