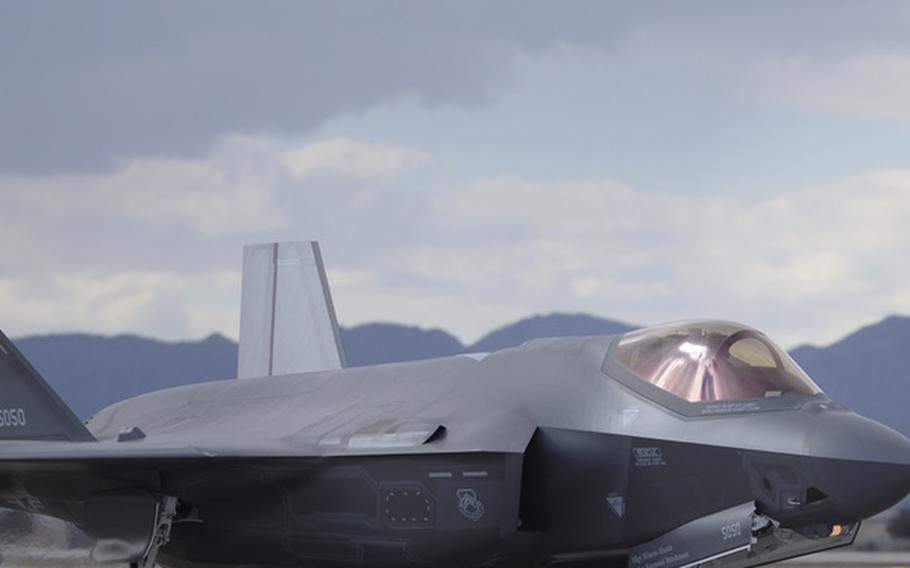 The bill includes multiple sections ordering close study of traditional and emerging threats, from adversary nations like Russia and China all the way to the undefined corners of outer space. It orders the Pentagon to report to Congress on a “grand strategy” for countering China, the testing and development of hypersonic missiles, threats posed by “unidentified aerial phenomena,” and the pattern of mysterious debilitating incidents afflicting U.S. diplomats and spies abroad — what’s become known as Havana syndrome (Ridge Shan/Air Force)

WASHINGTON — The Senate on Wednesday gave its approval to a record-setting $768 billion defense authorization bill, readying it for President Joe Biden’s expected signature.

The bill contains several historic measures, including provisions to move prosecutions of sexual assault and related crimes involving military personnel outside their chain of command, and instructions to establish an independent commission that will scrutinize the legacy and errors of the 20-year Afghanistan war. The 16-member panel, which the bill tasks with producing a report within three years, would be selected in equal measure by Republican and Democratic lawmakers, with all current and former members of Congress and high-ranking defense officials dating back to 2001 precluded from participation.

The bill includes multiple sections ordering close study of traditional and emerging threats, from adversary nations like Russia and China all the way to the undefined corners of outer space. It orders the Pentagon to report to Congress on a “grand strategy” for countering China, the testing and development of hypersonic missiles, threats posed by “unidentified aerial phenomena,” and the pattern of mysterious debilitating incidents afflicting U.S. diplomats and spies abroad — what’s become known as Havana syndrome.

The defense authorization bill received a 89 to 10 vote in the Senate, after earning the support of more than 80% of the House last week.

Yet despite sailing through those votes, the legislation has been mired in controversy due to a series of major policy ventures left out of the final draft, despite having the support of a majority of both houses of Congress.

The bill steers clear of repealing the Iraq War authorization from 2002 — a move widely supported in the Senate that already received the backing of the House in a separate vote. Officials say the authorization has not been used as sole justification for any operation in years, though it was cited in part by the Trump administration in last year’s drone strike that killed Iranian Quds Force commander Qasem Soleimani.

Negotiators of the defense bill also stripped a provision that would have included women in any future military drafts, by requiring them to register with the Selective Service System. Though there has not been a draft since 1972, the change was seen by its many bipartisan supporters as an acknowledgment that women, who are no longer restricted from holding certain combat jobs, are a vital and equal part of the fighting force.

The omission prompting the most backlash sought a broader overhaul of the military justice system, one that would have put a longer roster of crimes under the purview of an independent prosecutor, and mandated more stringent separation between commanders and courts-martial for such offenses.

The defense bill orders the military to establish an independent prosecutor’s office within two years that would be tasked with bringing sexual assault and related offenses, murder, kidnapping and child pornography charges to court-martial. It also turns sexual harassment into a chargeable offense.

But the bill leaves the convening authority for such courts-martial in the chain of command. While proponents have argued that the commander’s continued role is formulaic, as the prosecutor’s charging recommendations are binding, critics have pointed out the potential for problems. Commanders could dismiss charges prematurely, they have argued, or select juries biased against the victim.

Sixty-six senators and a majority of the House had previously co-sponsored more expansive legislation penned by Sen. Kirsten Gillibrand, D-N.Y., which would have put the responsibility for convening courts martial in the hands of an independent channel as well. Gillibrand’s proposal also would have applied to any crime carrying a maximum sentence of a year or more — a scope that was seen as a means of tackling issues of prosecutorial discrimination for a wider spectrum of minority groups.