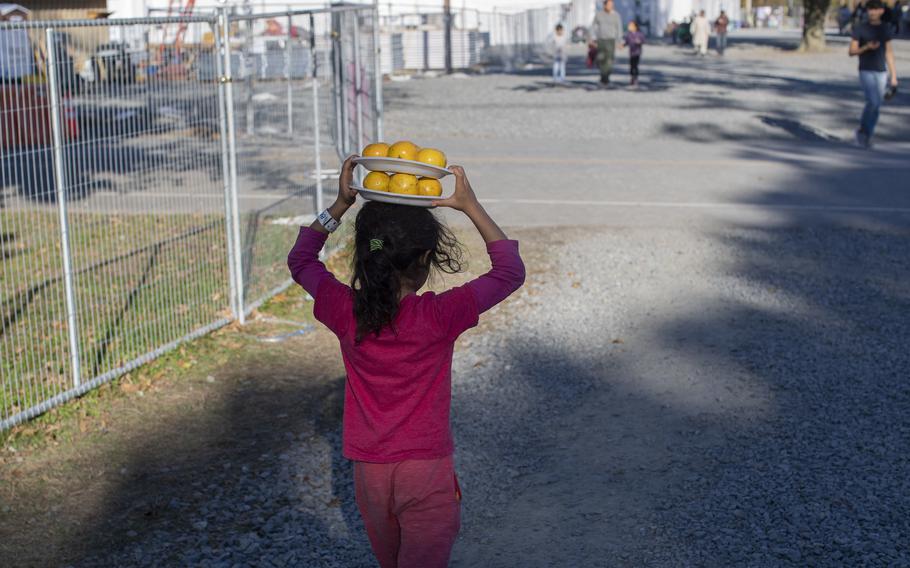 The number is down from 53,150 evacuees living on eight installations in the U.S., which was reported Oct. 26. Since then, Fort Lee, Va., on Nov. 17 ceased its participation in Operation Allies Welcome, the name of the mission supporting Afghan evacuees in their transition to America, Kirby said.

The military has been housing Afghan evacuees at eight installations in the U.S. since late July when evacuations began in the final weeks of the 20-year U.S. involvement in Afghanistan. The drop in numbers could mean nearly 20,000 Afghan evacuees have processed out of the camps and are now settling throughout the United States.

“We now have we have fewer Afghans on military bases than ever before, and more now have processed out than we have waiting to get processed,” Kirby said.

The bases in the U.S. that continue hosting Afghans are Fort Bliss in Texas, Joint Base McGuire-Dix-Lakehurst in New Jersey, Fort McCoy in Wisconsin, Camp Atterbury in Indiana, Holloman Air Force Base in New Mexico, and Fort Pickett and Marine Corps Base Quantico in Virginia.

At the peak of the mission’s operations, the bases had a capacity of 64,000. After Fort Lee completed its part, the capacity is down to 46,000, Kirby said.

“We're glad to see that a majority of those who came to the United States have now been resettled,” he said.

So far, the U.S. has pledged about $13.3 billion to Afghan resettlement efforts, about half of which came in a September spending bill. The second half came as part of the continuing resolution signed into law Friday to keep the government funded until Feb. 18.

The funds have drawn criticism from some Republican lawmakers, such as Sen. James Lankford, R-Okla..

“The only response I’ve seen from this administration when it comes to the Afghanistan withdrawal debacle is to throw more money at the problem — and now Democrats want another $7 billion for the Afghan resettlement process on top of the $6 billion they have already spent in the last three months,” Lankford said in a statement Friday.

In total, the U.S. helped evacuate about 120,000 people out of Afghanistan. About 69,000 of those evacuees, which included Afghans who had helped Americans during the 20-year conflict, have come to the U.S., Lankford said.