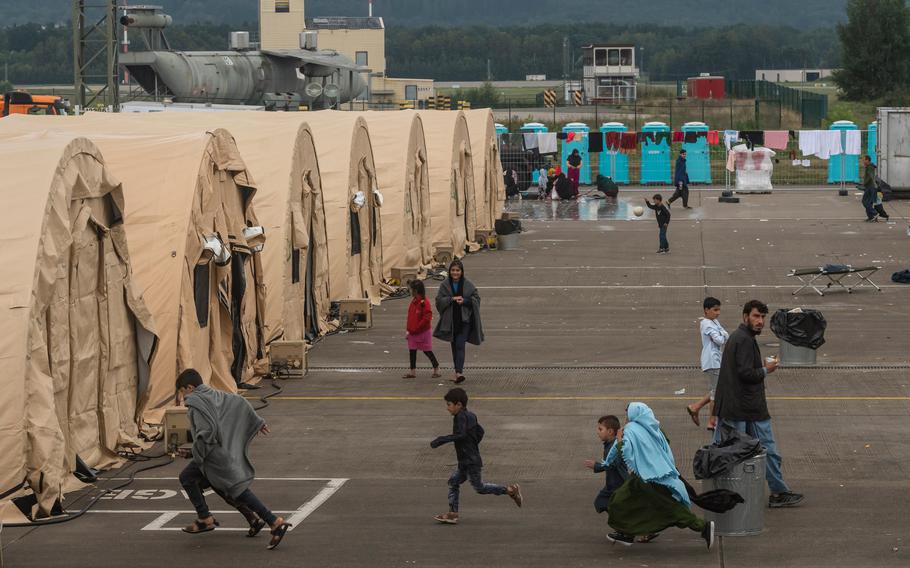 The stopgap funding bill signed into law by President Biden Friday includes $7 billion for the resettlement of Afghan evacuees, a figure that some Republicans have sharply criticized in recent days.

“The only response I’ve seen from this Administration when it comes to the Afghanistan withdrawal debacle is to throw more money at the problem,” Sen. James Lankford, R-Okla., said in a statement Thursday night. He added: “This is continued unchecked federal taxpayer spending with no oversight and no end in sight.”

The $7 billion is in addition to $6.3 billion that was provided as part of a September spending bill, bringing the total to $13.3 billion.

The White House has said the funding “is critical to ensuring that the United States, having responsibly ended U.S. involvement in the conflict in Afghanistan, can continue to resettle Afghan partners and provide them with essential services.”

“The Administration appreciates the $7 billion provided in H.R. 6119 to continue the interagency efforts in support of Operation Allies Welcome,” the White House said in a statement Thursday. “This is a cause that has widespread bipartisan support in the Congress and with Americans who are working in their communities to help resettle America’s allies and those at risk.”

“To build pressure for an omnibus, the [continuing resolution] includes virtually no changes to existing funding or policy,” House Appropriations Committee Chair Rosa DeLauro, D-Conn., said in a statement Thursday. “However, Democrats prevailed in including $7 billion for Afghanistan evacuees.”

Of the amount allocated to the Pentagon, $4 billion will go toward caring for Afghan evacuees on U.S. military installations.

The $1.3 billion allocated to the Administration for Children and Families will go toward providing “resettlement and other support services, such as emergency housing, English language classes, job training, and case management, for Afghan arrivals and refugees,” according to the appropriations committee.

And most of the funding provided to the Department of State - $1.2 billion - will go to the United States Emergency Refugee and Migration Assistance Fund, which includes “basic need requirements and resettlement services for at risk Afghans in the United States, including medical testing, processing, and life support services.”

Biden administration officials have said all of the Afghans have been heavily vetted.

“So now it looks like we’re going to spend $13.3 billion on resettling Afghan refugees,” Banks said in a tweet Thursday night. “But remember, Congress wouldn’t even approve $8.6 billion for Trump’s border wall. It’s infuriating to watch our leaders continue to put America last.”

In a floor speech Thursday, Lankford called for more details from the Biden administration on how the money will be spent.

The Washington Post’s Abigail Hauslohner contributed to this report.