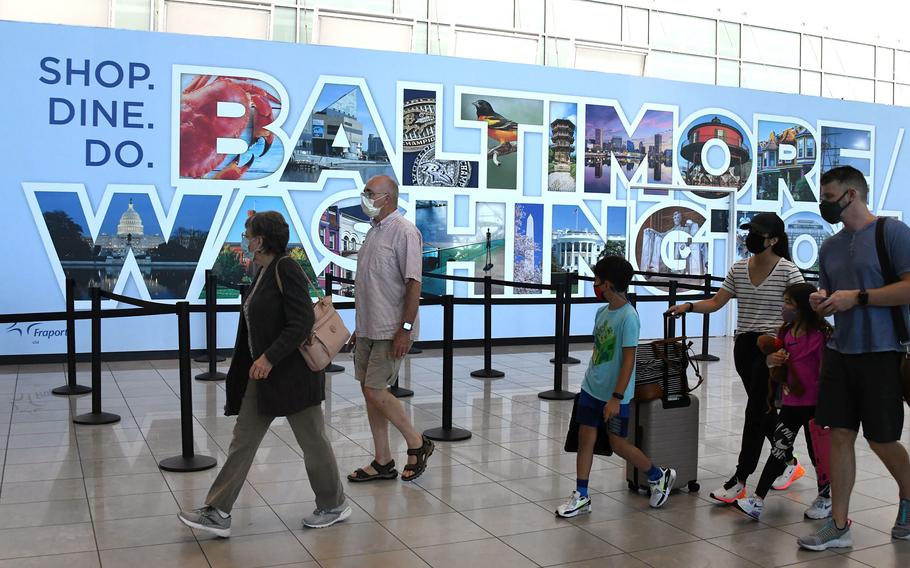 The Biden administration on Thursday extended a requirement that people wear masks on airplanes, trains, buses and other modes of transportation through March 18.

The extension of the federal mask mandate, which had been set to expire next month, is one of a series of actions the White House announced aimed at allaying concerns about the emergence of the new omicron variant. The U.S. reported its first case of the variant Wednesday.

While numerous studies have shown that mask-wearing can reduce the spread of the coronavirus, the federal mandate has been a center of controversy since it went into effect earlier this year. Airlines have seen an alarming rise in the number of onboard incidents fueled by some travelers’ refusal to wear masks when flying.

As of this week, the Federal Aviation Administration, which is responsible for enforcing the mandate on commercial flights, had reported more than 5,400 cases of unruly passenger behavior, the vast majority of which were mask-related. The agency has proposed more than $1 million in fines in connection with the incidents.

In September, the Transportation Security Administration, which is responsible for enforcing the mandate at airport security checkpoints and on other modes of transportation, said it had received more than 4,000 reports of mask violations since the requirement was put into place earlier this year.

That same month, the administration announced it was doubling fines for those who refuse to follow the federal mask mandate. Administration officials said those enhanced fines - ranging from $500 to $1,000 for first offenders and $1,000 to $3,000 for a second offense - would remain in effect.

The mandate had previously been set to expire Jan. 18.

The White House also confirmed that all international travelers will be required to take a coronavirus test one day before their flight to the United States. The Washington Post reported earlier this week that the administration would announce stricter testing requirements Thursday for international travelers, including returning Americans.

Administration officials say the more compressed testing timeline will provide an added degree of public health protection. Previously, international arrivals were required to be tested, but fully vaccinated travelers could take the test within three days of their flight to the United States.

The CDC said Thursday the order will take effect Monday.

The new actions follow other steps the Biden administration has taken in recent days aimed at slowing the spread of omicron, such as a ban on travel from eight African nations, including South Africa. Officials from South Africa confirmed last week that scientists had detected a new coronavirus variant that could be more transmissible.

The ban, which included Botswana, Zimbabwe, Namibia, Lesotho, Eswatini, Mozambique and Malawi, drew sharp criticism from African leaders, who said the actions by the United States and other nations were hasty and unjustified.

Air travel has rebounded from historic lows as vaccination rates climb and more people are comfortable with flying again. More than 2.4 million people moved through airport security checkpoints Sunday, the busiest day for domestic air travel since the beginning of the pandemic.

The TSA screened 20.9 million people during the 10-day Thanksgiving travel period that ended Sunday, which is 89% of levels recorded before the pandemic.