Adjutant general: ‘No culture of sexual harassment in Wyoming Guard’

He made that statement Monday during the Wyoming Legislature’s Joint Transportation, Highways and Military Affairs Interim Committee meeting, which gave the Wyoming Military Department the opportunity to present its annual sexual harassment and sexual assault report for the 2021 fiscal year.

Porter shared the results of the 2021 Unit Climate Survey that was conducted between February and April. There was an average participation rate close to 50% among both branches of the Guard, with state of Wyoming and federal civilian employees not included.

Around 21.5% of soldiers said someone in the unit had told sexual jokes that made them uncomfortable or upset, while 13.5% of airmen answered yes. And 10% of members of the Army Guard said someone from their unit had made sexual comments about their appearance or body, or shown them sexually explicit materials that concerned them. About 3% of airmen said they experienced these kinds of situations.

The most similar result from both branches came from the question regarding being mistreated, ignored, excluded or insulted because of their gender. Almost 6.5% of soldiers said they were, and 5.7% of airmen agreed.

Finally, the most extreme experience to report, which was if someone from the unit had intentionally touched them in unwanted ways, had the lowest number of yes answers — 2.8% for the Army Guard and 1% for the Air Guard.

Porter’s report to the committee follows allegations of failure to investigate complaints, failure to address discrimination concerns and cases of retaliation when members of the Guard confronted military leadership about problematic behaviors.

“I do not believe the military department has a system issue with sexual assault or sexual harassment,” Porter told the committee. “I do believe that we have some individual bad actors and potentially some units where we need to make improvements in order to make us the organization that we need to be.”

But veterans of the Guard, who came forward as whistleblowers earlier this year in an article produced by WyoFile.com, said that is not the case. Not only do some believe there is a toxic environment and enablers of abuse within the Wyoming National Guard, but they said higher-ranking officers are working to cover up actions and mishandle reports.

Porter said he can’t directly address any statements made by the women due to privacy acts, but the Wyoming Military Department does not tolerate sexual assault, abuse or discrimination at any level. Reports made are investigated in full, and he said he is not aware of acts of retaliation.

He also said the whistleblowers may believe, at least to some extent, what they are saying is the truth. But he said he has come to understand they are only seeing a quarter or third of the full story.

Marilyn Burden, one of the whistleblowers, does not agree. And now, she is publicly seeking protections and solutions through legislation.

She spoke during the Transportation Committee on Monday and made a list of recommendations for state lawmakers listening to her testimony. Burden said she wants amendments to be made to state military code, which would provide a series of checks and balances to prevent future misconduct. She said the agency has been left to “police themselves,” and there is no avenue of redress outside of the chain of command.

She said she was a witness to the allegations of harmful behavior, discrimination, harassment and retaliation during the 17 years she served in the Wyoming Air National Guard as an Equal Opportunity Specialist and Alternate Sexual Response Coordinator. She said even her own complaint never resulted in an investigation.

After seeing no form of accountability, she transferred to the Colorado Air Reserve in 2018. She retired in mid-November of this year, and now she is leading the fight for action with the support of other Wyoming whistleblowers.

“To have the Legislature know, and be willing to take corrective actions after being ignored for almost two decades, is absolutely amazing,” she said.

The list of requests she made to senators and representatives on the committee was extensive, but she considers the first most important.

Within Wyoming military code, there is no process similar to Uniform Code of Military Justice Section 938, Article 138. It states, “Any member of the armed forces who believes himself wronged by his commanding officer, and who, upon due application to that commanding officer, is refused redress, may complain to any superior commissioned officer, who shall forward the complaint to the officer exercising general court-martial jurisdiction over the officer against who it is made.”

Once the officer with court-martial jurisdiction examines the complaint, they are expected to take proper measures to rectify the situation.

Burden wants Article 138, or a form of it, to be written into state law by the Legislature, in order to create a way for complaints to be appealed and make it all the way up the chain of command. She also wants a process for when a member of the Guard feels wronged by the adjutant general, as he only currently answers to the governor, who is commander-in-chief under state authority.

Other recommendations included limitations on terms for generals, as well as making retired members of the armed forces take a 180-day break from service before returning to a Title 5 position or governor appointment. She said this would allow for the development of new generations of leaders.

“Integrity, character and morality cannot be legislated,” she said. “All that can be done is limit how long people are in power.”

Investigations are also a priority for Burden, including both short-term and long-term examinations.

She wants the Wyoming Military Department to be investigated by an outside agency, with the results and final report submitted to the Joint Transportation, Highways and Military Affairs Interim Committee as soon as possible. She also recommended an Oversight Review Board be established, with members from outside the Guard, to review complaints and improper nondisclosure agreements, possibly on a quarterly basis.

“What I’m asking you to consider today is whether you will protect women and children from violent crimes and excessive retaliation as a means to cover up ineffective, toxic leadership, or if you will be an accessory to future crimes and support and defend toxic leadership,” she told lawmakers.

A report on the working environment of the Wyoming National Guard is already done every two years, and was presented at the meeting Monday. Gov. Mark Gordon also received the report separately from the committee, and said he finds it to be an example of the work the Guard is doing to be open and seek ways to improve.

There was also a separate external assessment conducted this year by the South Dakota National Guard, which found 24% of women and 21% of men in the Wyoming Guard did not trust their senior leader.

But whistleblowers want a deeper dive. And after years of mistrust in the system, some said they question the numbers provided by the Military Department.

Rachel Bennett, a retired member of the Guard who went to court after experiencing retaliation for sharing her concerns regarding sexual harassment and sexual assault, said she believes the results are skewed.

“They’ve been permitted to review themselves and come up with their own actions,” she said.

Porter said the survey numbers were not indicative of a systemic issue. But Bennett said with only half of Guard members completing the survey, and possible fear of reprimand for their answers, there may be higher percentages.

With legislators hearing these kinds of concerns Monday, the Wyoming Guard will likely be under scrutiny in upcoming committee meetings. Porter said he has not witnessed the behavior brought up by whistleblowers, but he does see cause for concern in some areas of the survey.

“We will take action on anyone that clings to this, and we will hold those people accountable, no matter what their rank, what their station is to prevent that from happening,” he said. “Because that’s what is expected of us, and that’s what we have to do.” 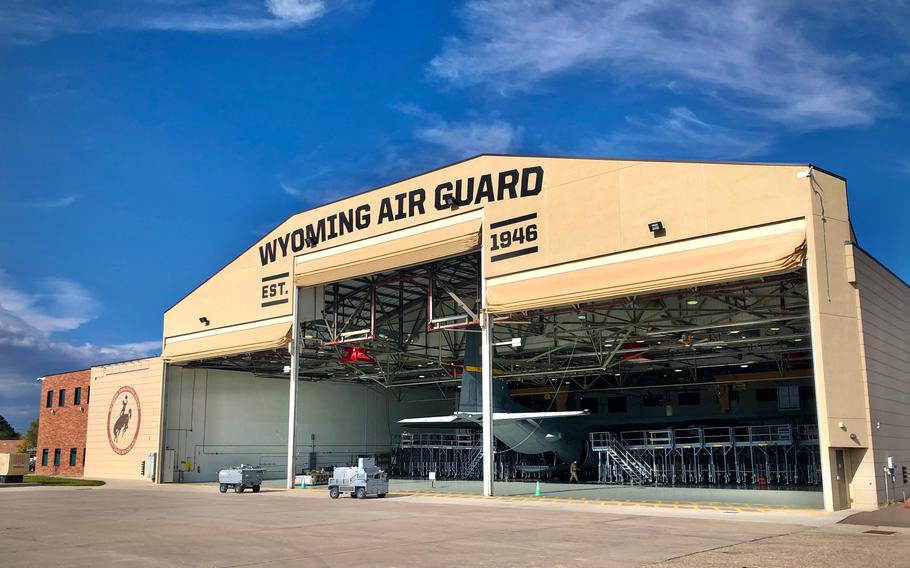