The military said a Maine guardsman sexually assaulted another soldier. He’s still on base. 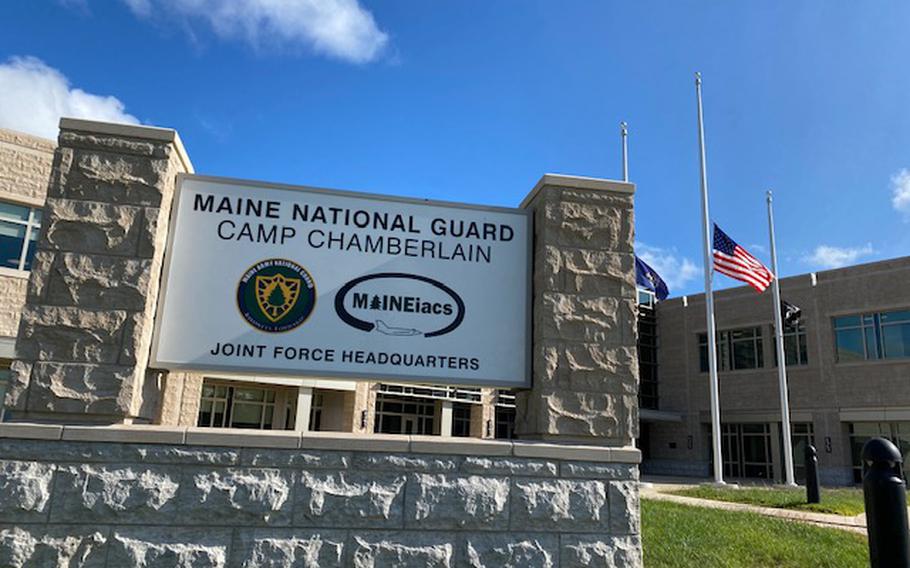 Camp Chamberlain, the headquarters for the Maine National Guard, in Augusta, Maine is shown in this Sept. 11, 2020 photo. (U.S. National Guard)

A senior enlisted member of the Maine Army National Guard is still at work on base nearly four months after federal investigators concluded that he sexually assaulted a female colleague earlier in his career.

Meanwhile, another female soldier filed a complaint on Aug. 8 accusing Sgt. Maj. Joshua Willett of touching her without her consent at the guard's Augusta headquarters, according to internal guard documents obtained by the Bangor Daily News. That complaint was filed less than a month after the National Guard Bureau's Office of Complex Investigations substantiated the sexual assault allegation from 2011, documents show. The female soldier in that case came forward about the assault in 2020.

The timeline raises questions about why the guard allowed the subject of a substantiated sexual assault allegation to keep working around other soldiers — and continued to do so after a second woman complained about his behavior. It also reflects the military's larger failure to take swift action against perpetrators of sexual misconduct, experts said.

Willett's employment status and the second complaint add new details to a case that was featured in last week's three-part BDN investigation, in which current and former members of the Maine Army National Guard described a broken culture that fails to hold perpetrators accountable for sexual assault and harassment.

It is still unclear what actions the guard is taking against Willett as a result of the July 28 finding of sexual assault, which the BDN reported last week. The status of the most recent investigation is also unclear. Maj. Carl Lamb, a spokesperson for the guard, declined to comment on Willett or acknowledge the existence of investigations into his behavior, citing state and federal privacy laws.

The guard does not have the ability to suspend active duty soldiers, Lamb said. However, commanders "can and frequently do alter an active service member's appointed place of duty and duty responsibilities as needed during a disciplinary or separation process, in order to ensure the safety and comfort of all parties involved," he said.

Willet has not been charged with a crime. For the National Guard Bureau to substantiate an allegation of assault, investigators must determine that something was "more likely than not" to have happened, while in the civilian system, the standard is higher and must be proven "beyond a reasonable doubt."

Less than two weeks after the sexual assault finding, Willet walked up behind a female soldier and started rubbing her shoulders while she was discussing drill weekend duties, according to a sworn statement she made to an internal investigator later that month. The statement identifies Willet by name. The incident took place near Willett's desk at Camp Chamberlain, the guard's headquarters in Augusta, the statement said.

The female soldier declined to comment for this story but said in her statement she was "shocked speechless," because the incident happened when she was speaking to another soldier while a commander was nearby in her office.

That was the first time she had seen Willett since 2013, according to sworn statements she made during a second interview with the investigator in September. Back then, his behavior routinely made her feel uncomfortable and unsafe, she said.

She transferred jobs in 2013 and hadn't interacted with him again until she saw him in August.

"Which is why I was so shocked and upset when the first thing he did upon seeing me was to rub my shoulders," she told the investigator.

Willett answered his work phone at the Maine Army National Guard in Augusta on Monday, but hung up when a reporter identified herself. He did not respond to a subsequent voicemail or text messages seeking comment.

Experts said Willett's presence at the guard after investigators substantiated a sexual assault allegation against him is a problem.

"There is no excuse for keeping a known sexual predator in his position," said Dwight Stirling, a reserve judge advocate general in the California National Guard and CEO of the Center for Law and Military Policy, a nonprofit dedicated to strengthening legal protections for service members.

"Everyone is entitled to the benefit of the doubt in the wake of an allegation. But that changes after the matter has been investigated and substantiated," Stirling said.

Willet's case is representative of a larger failure across the military to act quickly against perpetrators of sexual misconduct, said Don Christensen, a former Air Force prosecutor and president of Protect Our Defenders, a nonprofit group dedicated to ending sexual violence in the military.

"If this happened at Walmart, this guy would just be fired," Christensen said.

But in the military, the process for discharging a soldier is more complicated than firing someone from their civilian job, he said. And unlike police departments, for example, national guards do not have a way to suspend a soldier or put him on leave while officials move to take action, Christensen said.

But leadership can move the process along if it decides to, Christensen said.

"When they make it a priority, things move faster," Christensen said. "When they don't, things languish."