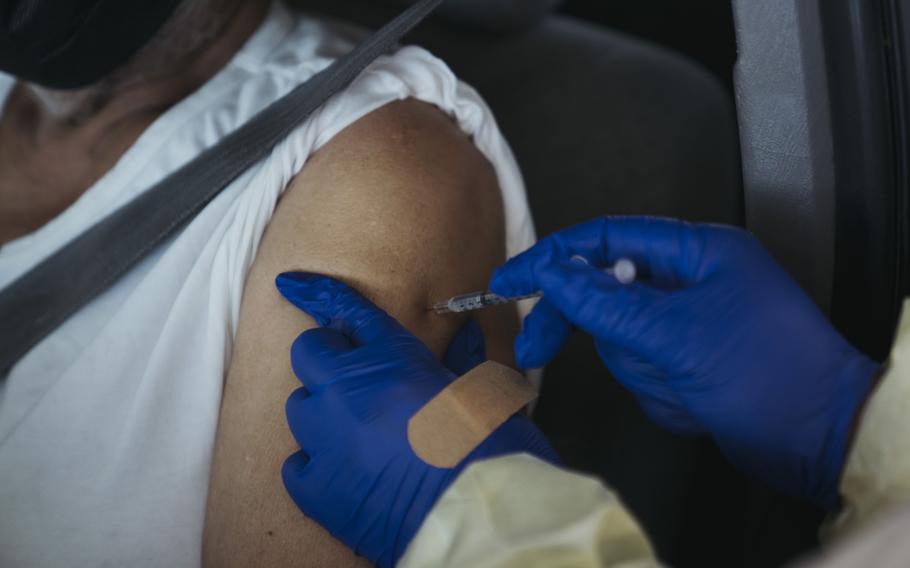 Federal workers who have defied President Joe Biden's vaccine mandate likely won't be fired until 2022 at the earliest, with the White House encouraging education and counseling as a first step.

Biden's vaccine requirement for the 3.5 million-strong federal workforce took effect last week. In a letter to agencies on Monday, the Office of Management and Budget "encouraged" managers to stick to education, counseling and, at most, letters of reprimand for unvaccinated employees until Jan. 1, 2022.

OMB said that agencies "may need to act on enforcement sooner for a limited number of employees" but that in general, severe consequences should be delayed until at least January, after the U.S. holiday season.

"We believe this approach is the best one to achieving our goal of getting the federal workforce vaccinated," the letter said.

According to data released by the administration, 92% of federal workers have at least one shot, while another 4.5% have sought or have been granted exemptions. That means that roughly 120,000 workers are not in compliance — a figure that could shrink as people change their minds, or grow if employees skip second doses of vaccines or are denied exemptions.

"To be clear, the goal of vaccination requirements is to protect workers, not to punish them. So tonight's deadline is not an endpoint or a cliff," Biden's COVID-19 response coordinator, Jeff Zients, said in a press briefing on Nov. 22, the deadline for the rule. "We continue to see more and more federal employees getting their shots. And for the small percentage of employees who have not yet complied, agencies are beginning the education and counseling process."

The White House has not said how many federal workers are fully vaccinated.