Best friends were separated when they fled the Nazis; 82 years later, they finally hugged again 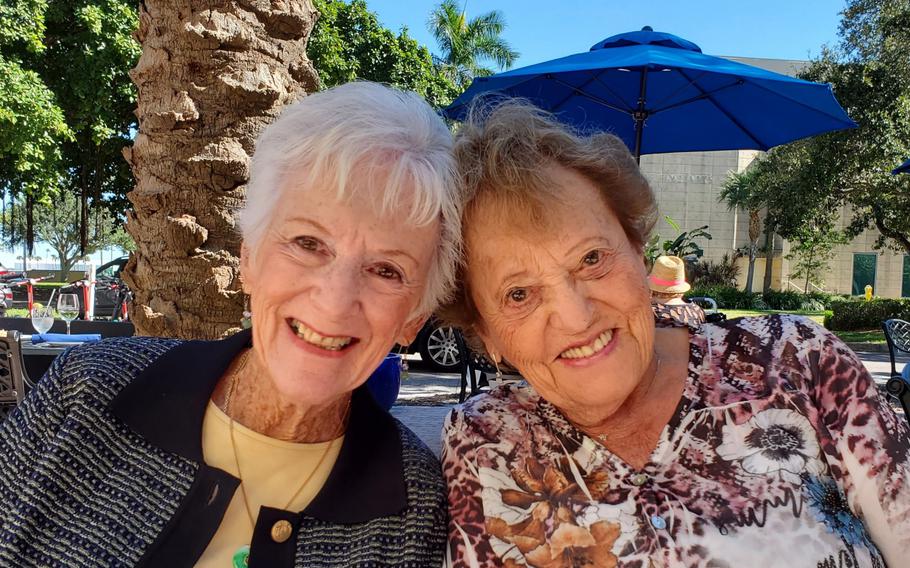 For 82 years, Betty Grebenschikoff believed her best friend from Germany was dead. But just a few weeks ago, there she was in the flesh, standing in a St. Petersburg, Fla., hotel room.

The last time Grebenschikoff saw Ana María Wahrenberg was in the spring of 1939, when they were 9 years old. They shared a tearful hug in a Berlin schoolyard before their families were forced to flee the country and the Nazis on the cusp of World War II.

They both thought that would be their final hug. But on Nov. 5, after more than eight decades apart, the two women — now 91 years old — embraced once again.

“It was very emotional,” echoed Wahrenberg. “It was like we were never separated.”

The story of their fated friendship, and the series of fluke events that recently brought them back together, was chronicled in the international news media, including in The Washington Post, earlier this year.

The Holocaust survivors had searched for each other for years, scouring databases and seeking information from anyone who might know something. They had no luck, mainly because both women changed their names later in life.

“She was always on my mind,” Grebenschikoff said.

It wasn’t until an indexer from USC Shoah Foundation — a nonprofit organization founded by Steven Spielberg, which produces and preserves audiovisual testimony of Holocaust survivors — noticed similarities in their testimonies and ultimately linked the women together. 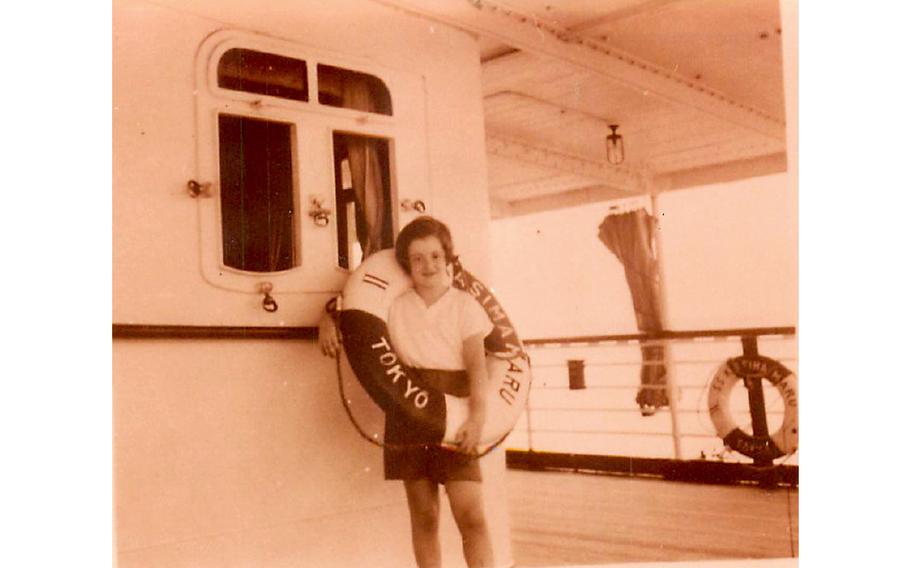 Grebenschikoff, on a ship from Germany to Shanghai in 1939. (Courtesy of Jennifer Grebenschik)

For the first time, Grebenschikoff — who was one of 20,000 European Jews to settle in Shanghai — got clarity on what happened to her long-lost childhood best friend: In November 1939, Wahrenberg and her family fled to Santiago, Chile, where she still lives today.

In a reunion facilitated by the Shoah Foundation, as well as the Florida Holocaust Museum and the Interactive Jewish Museum of Chile, the two women and their families reconnected last November on a Zoom call. Talking in their native German, they vowed to meet in person, and one year later, they finally did.

As they hugged for the first time in 82 years, Grebenschikoff said, “we just had this feeling, like we really belonged together.”

The original plan was to meet in Florida, where Grebenschikoff lives, for Rosh Hashanah, the Jewish new year, in September, but the pandemic postponed their in-person reunion. By November, though, Wahrenberg felt more comfortable traveling and booked the trip with her son and his wife.

Grebenschikoff went to meet Wahrenberg at her hotel room, and “it was as if we had seen each other yesterday,” she said. “It was so comfortable.”

The feeling was mutual for Wahrenberg: “It was very special that two people, after 82 years, still love one another.”

The women, both of whom are widowed, spent four days glued at the hip. They went shopping, shared meals and, mostly, talked for hours — making up for lost time.

“We’re not the girls we used to be when we were 9, that’s for sure, but we kept giggling like we were little kids,” Grebenschikoff said. “It was such a joy for both of us.”

Plus, she added, “we took care of a few bottles of champagne together,” because, after all, “this was something to celebrate.” Ana María Wahrenberg as a girl in Berlin in 1936. (Courtesy of the Jewish Interactive Museum of Chile)

They also exchanged sentimental gifts. Wahrenberg brought Grebenschikoff a Barbie doll wearing a Chilean costume, along with a framed photograph of herself and some jewelry, while Grebenschikoff gave Wahrenberg a small heart-shaped sculpture — which she also purchased a copy of for herself.

“We both have the exact same thing now,” Grebenschikoff said, adding that she keeps the doll and photo on display in her bedroom. “It’s something for her to remember me and for me to remember her.”

Spending time together felt especially natural, the women said, because since last November, they have corresponded regularly over text message and on the phone.

Every Sunday for the past year, they have had a standing phone call date, during which they each sit on their respective patios and sip their morning coffee together.

Still, the phone calls didn’t compare to their in-person gathering, they said.

For Grebenschikoff, her favorite part of their time together was simply “being close to one another, and holding hands while we were walking,” she said. “It felt right.”

The highlight for Wahrenberg was reminiscing about old times and introducing their families to each other over lunch.

“Her daughter and my son are now friends, too,” Wahrenberg said. “I’m very happy.”

The reunion was also deeply moving for staff at the Shoah Foundation, as well as the other organizations that were instrumental in bringing the survivors together.

“These two remarkable women being reconnected after losing each other is such a testament of hope,” said Kori Street, senior director of programs and operations and deputy executive director of USC Shoah Foundation.

Watching their story unfold, she continued, has “been such a treasure,” particularly “in a world where hope is hard to come by.”

The Holocaust survivors agree. Their journey proves that “good things can happen out of a bad experience,” said Grebenschikoff, who plans to visit Wahrenberg in Santiago in the near future. “It was the silver lining of all silver linings. It was the fulfillment of a dream.”

“I’m very thankful that something like this could be,” Wahrenberg added.

The two women, both of whom depend on canes to walk, have weathered war, strife and loss. At heart, though, they are still the same 9-year-old girls — who truly adore one another.

“This is the way it was supposed to be,” Grebenschikoff said.