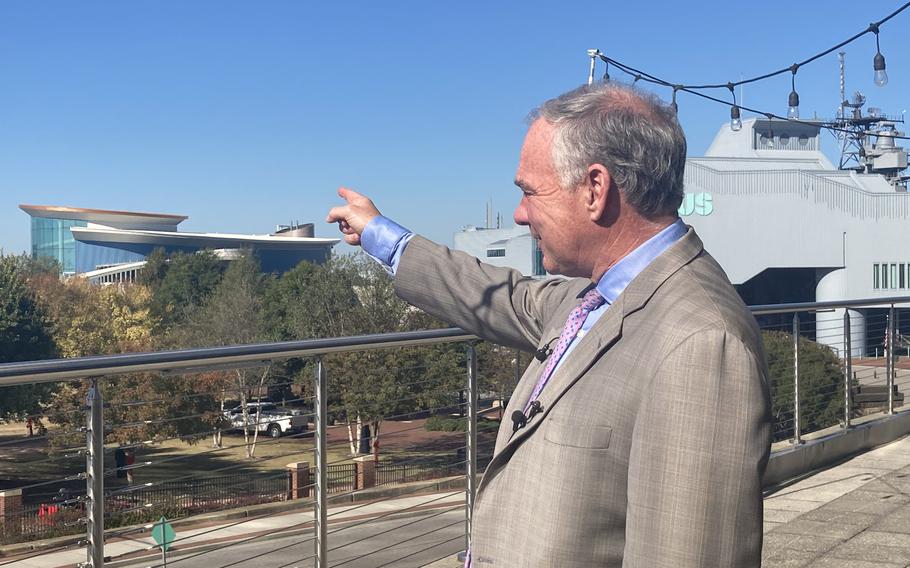 (Tribune News Service) — A Department of Defense-led partnership aims to connect active-duty service members who are about the leave the military and their spouses with Hampton Roads employers.

The idea is to offer them training for specific civilian jobs — jobs for which Hampton Roads companies, particularly in the shipbuilding, ship repair and advanced manufacturing sector are struggling to fill.

“We want our local military and their spouses to know that we have jobs for them in Hampton Roads,” said Doug Smith, president and chief executive officer of the Hampton Roads Alliance, speaking at a gathering to formally launch the Operation NEXT initiative here.

Susan Jacobs, vice president for human resources and administration at Newport News Shipbuilding, said she needs to hire 50 trades workers a week for the next two years, as well as 1,000 salaried employees — a figure that comes on top of a spree that has added 16,000 jobs since 2017.

“I want to talk about opportunities, challenges and resources,” Sen. Tim Kaine told the gathering.

As the Senate and House of Representatives put finishing touches on the defense appropriations bill, “We are going to be investing a lot in shipbuilding and ship repair,” he said.

Hampton Roads is poised to become the U.S. center for making equipment for the offshore wind energy industry, Kaine added, and the just-passed infrastructure bill should bring even more jobs to the region, particularly for port-related projects and efforts to deal with sea level rise.

For resources, Kaine said the Biden administration’s plans for education and workforce spending in the pending and even larger “Build Back Better” bill could steer large sums to Hampton Roads for apprenticeship, vocation training and the child care services that are a priority for bringing people, particularly mothers, back to work..

“We’re looking at communities that are building partnerships ... you’re ahead of the game,” he said.

The most important resource, though, is what Operation NEXT is focused on, he said: the region’s military, military family and veteran communities.

All four are designed to be completed in four months and the idea is that employers are ready to hire students at the end of that time. A pilot program in Fort Campbell, Kentucky, had a 90% success rate.

The region’s three community colleges have signed up while Old Dominion University’s Virginia Model Analysis and Simulation Center is coordinating with them, employers and military bases in the program.

“We screwed up,” he said, because some Democrats in Congress held up the infrastructure bill, adding “If the election were held now I think Terry would be elected.”