Congress moves toward requiring women to register for the draft 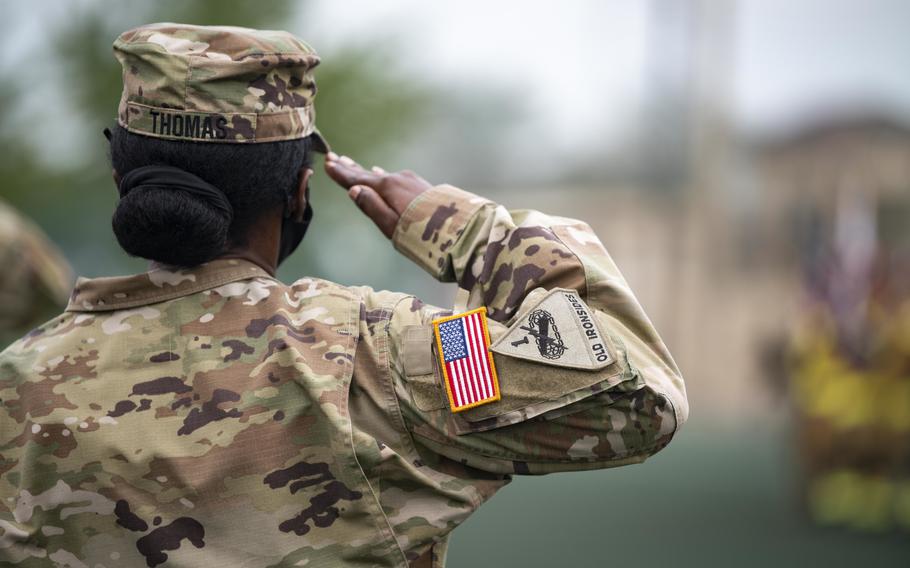 WASHINGTON (Tribune News Service) — For more than 100 years, young men have registered for the draft. Now, Congress is poised to make a historic change by requiring women, for the first time in American history, to do the same.

But while support for the change is bipartisan, Congress is leaving the details for later.

That’s the easy thing to do, considering the military hasn’t drafted anyone since the Vietnam War and it’s possible it never will need to again. But if a crisis of monumental proportions were to emerge, the logistics of incorporating women into a much larger military could prove complicated.

Would drafted women be expected to serve in combat roles? And if not, what would their roles be? Would they be housed with men? It appears that neither Congress nor the Pentagon has thought that through.

Still, included in the House version of the fiscal 2022 National Defense Authorization Act, which that chamber passed last month, was an amendment by Pennsylvania Democrat Chrissy Houlahan and Florida Republican Michael Waltz that would require women to sign up with the Selective Service, a government agency that keeps records of Americans eligible for a potential draft.

And the Senate Armed Services Committee also included language that would require women to register when it marked up its version of the NDAA in July, although the full Senate has not yet taken it up.

Proponents of the change see the move as a victory for women’s rights.

“Equity is important,” Houlahan told CQ Roll Call in an interview, “and women have constantly had to fight for a level playing field — and this change is a step in the right direction.”

Waltz argues that were a crisis requiring a draft to emerge, the United States would need every available person.

The country would “need everybody … man, woman, gay, straight, any religion, Black, white, brown,” he said recently on the House floor.

According to Houlahan, she and Waltz paired up on the amendment out of a shared belief that Congress should change the current “outdated way of thinking about things.”

Waltz is a former Army Green Beret who served in Afghanistan. Houlahan spent 17 years in the Air Force and Air Force reserves, leaving as a captain.

Democrats seem united on making the change. Republicans are split, but a critical mass seems to now favor it. Reps. Liz Cheney of Wyoming, Jack Bergman of Michigan and Pat Fallon of Texas all voted in favor of the amendment when it came up at the Armed Services markup last month.

There has not been a draft in the United States since the Vietnam War, and the military is currently an all-volunteer force.

The Selective Service went into a “standby” period after 1973, but registration resumed in 1980. Since then, young men not yet old enough to legally drink have had to register with the agency within 30 days of their 18th birthday and are eligible for a draft until they turn 26.

The Houlahan amendment’s passage follows the release of a March 2020 report from the 11-member National Commission on Military, National and Public Service, a panel created by Congress in the fiscal 2017 NDAA that recommended women be included in the Selective Service.

The panel found that the inclusion of women was “in the national security interest of the United States.”

During a March 11 hearing before the Senate Armed Services Committee, the panel’s chairman, Joseph Heck, an Army veteran and Republican who represented a Nevada district in the House for three terms, said including women would improve the military’s ability to maintain high personnel standards.

“It is the equal obligation of all Americans to defend the nation if called to do so. Registering women for Selective Service and, if necessary, including women in a draft acknowledges the value women bring to the U.S. armed forces and the talents, skills and abilities women would offer in defending the nation in a national emergency,” Heck said.

According to Houlahan, including women in the Selective Service is just part of a larger overhaul that the system needs. The Selective Service should not just be about combat roles but also be about calling upon Americans to fill other military positions, including cybersecurity and engineering roles, Houlahan said. Women have been eligible to serve in all the same military occupations, including combat roles, as men since December 2015.

Currently, women make up 16% of the military’s total force, according to an analysis from the Brookings Institution.

But Houlahan demurred when asked about the logistical challenges of integrating women into the military in greater numbers, and she acknowledged that there would be “some complications” and that no work had yet been done to that end.

According to the Selective Service’s website, the agency is capable of registering and drafting women with its existing infrastructure “if given the mission and modest additional resources.” Some elements of the military, however, have already studied potential effects of integrating women into the services on a large scale and found reason for concern.

A 2015 study conducted by the Marine Corps found that all-male ground combat teams outperformed their mixed-gender counterparts in nearly every capacity during an infantry integration test.

In June, the Marine Corps paid the University of Pittsburgh $2 million to study the sociological and physical training effects of increased gender integration in recruit training. The results of that study are not yet available.

In March, the Marine Corps opened its training facilities at Camp Pendleton in San Diego to women for the first time — after Congress forced its hand. A provision in the fiscal 2020 defense authorization law ordered the service to fully integrate women into its training battalions at Parris Island, South Carolina, by 2025 and in San Diego by 2028.

Logistical challenges are not the only sticking point for some opponents of the change. For some Republicans, the inclusion of women in the Selective Service is a moral issue — one that may come up when the House and Senate conference the defense policy bill later this year.

At the Senate Armed Services markup over the summer, five Republicans voted against the amendment by the panel’s chairman, Democrat Jack Reed of Rhode Island, requiring women to register.

Ranking member James M. Inhofe of Oklahoma was among the five, along with Tom Cotton of Arkansas, Josh Hawley of Missouri, Roger Wicker of Mississippi and Mike Rounds of South Dakota.

Cotton tweeted at the time that he would “work to remove it before the defense bill passes.”

In 2016, both the House and Senate Armed Services panels approved the change, but it did not make it into the final fiscal 2017 defense authorization bill.

In the House that year, the Republican majority effectively stripped the provision out of the NDAA on the floor without a vote when the Rules Committee adopted a so-called self-executing rule that turned the required registration into a mandate for a study of the issue.

But with Congress now entirely in Democratic hands, the likelihood that women will have to register has increased.