From tampons to ticks, it’s the defense bill, of course 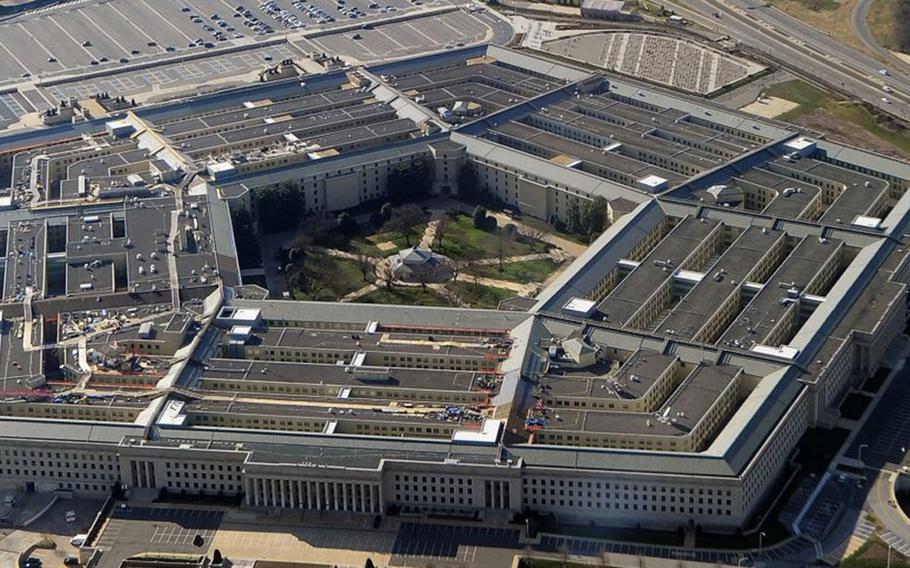 WASHINGTON (Tribune News Service) — One amendment would require that tampons be available in all federal buildings’ ladies’ rooms. Another would mandate a study of whether ticks that the Pentagon might have been experimenting with as disease-carrying weapons ever got released into the wild.

These are among the manifold matters that House members want to debate next week when they consider the latest defense authorization bill.

Fully 763 amendments were filed in time for consideration. Only a few actually will be, in what’s likely to be a relatively quick floor process.

The list of amendments tells a story about America.

It includes, of course, plenty of amendments that pertain strictly to defense. And some of those would be consequential, affecting issues such as congressional authorizations for war and former Pentagon officials’ lobbying for contractors.

But because the National Defense Authorization Act is as must-pass as it gets in Washington — it’s been enacted for 60 straight fiscal years — the NDAA routinely becomes a magnet for every debate, military or otherwise, that preoccupies the nation.

A blizzard of amendments

This year’s House NDAA would authorize spending some $768 billion on defense programs in fiscal 2022, mostly at the Pentagon. Other panels would authorize nearly $10 billion more for defense.

The Senate is poised to authorize the same level of spending — the most since World War II, except for the peak of the wars in Iraq and Afghanistan.

The House is expected to take up its NDAA the week of Sept. 20, once the Rules Committee decides which fraction of the huge amendment stack will be made in order for the debate.

The tampon amendment, written by Grace Meng, D-N.Y., would require that menstrual products be placed in all federal buildings’ restrooms except for men’s rooms. That includes the Capitol, the White House, the Smithsonian Institution and the National Gallery of Art, to name a few places.

The ticks amendment, meanwhile, is the brainchild of New Jersey Republican Christopher H. Smith, who has said he is concerned about reports of erstwhile Pentagon experiments on disease-carrying ticks, including as possible weapons, which he says may have happened for as many as 25 years starting in 1950.

Smith’s amendment would require the Government Accountability Office to determine if the research happened, its scope and whether any ticks or other insects got out of the facilities. He has said he hopes scientists studying Lyme disease today can learn from what happened if the reports are true.

Most experts are deeply skeptical of the theory that Pentagon tick experiments may have had a role in fueling disease.

Smith has tried before, unsuccessfully, to force a federal study of the issue. In 2019, for instance, the House’s NDAA included a requirement for a Pentagon inspector general report on the subject, but it was stripped in the House-Senate conference that reconciled the chambers’ different versions. Last year, like this year, he proposed a GAO study.

A review of this year’s NDAA amendment submissions reveals certain leitmotifs, a number of which pertain to the Defense Department but also transcend it.

For instance, numerous Republican amendments to the House NDAA are aimed at using Congress’ authorization power to keep the military from requiring coronavirus vaccines or even from contracting with companies that require that their employees get shots.

Workplace training in diversity, equity and inclusion is another controversial topic that members from both parties want to address.

The underlying bill and previous iterations include provisions aimed at rooting out white supremacists from the military and enhancing minorities’ ability to advance in the armed services.

But a number of GOP amendments this year seek, for example, to bar diversity training or undo the creation of certain Defense Department positions aimed at promoting diversity.

The House Armed Services Committee spent about an hour of its markup on Sept. 2 debating and ultimately defeating multiple amendments to prevent the teaching in military schools of critical race theory, an academic approach that reexamines how racial bias is encoded in social institutions.

Regarding another controversial topic that tends to divide Republicans from Democrats, one GOP amendment would bar Pentagon funding for medical costs associated with gender transition surgery, while another would reinstate former President Donald Trump’s effective ban on service by transgendered people.

A flurry of amendments to this year’s House NDAA would aim to sanction those Saudis who were responsible for the 2018 murder of Jamal Khashoggi, who was a Washington Post columnist and Saudi national.

Another common theme in the amendments is a push to sanction companies that are sponsors of next year’s Winter Olympics in Beijing.

The shambolic American exit from Afghanistan late last month is a major focus of the House NDAA. The bill includes a plethora of requirements for Pentagon reports and briefings about, in short, what went wrong and how to prevent a recurrence.

Judging from the amendments filed with the Rules Committee, members’ appetite for more information about U.S. decisions on Afghanistan has not been whetted. From the point of view of Republicans, soliciting reports on Afghanistan could help keep the administration’s mishandling of the crisis in the headlines.

A cluster of proposals would bar military and intelligence cooperation with, or financial support for, the Taliban. And another amendment would freeze the Defense secretary’s paychecks until all Americans who want to leave Afghanistan have done so.

House progressives, for their part, have filed NDAA amendments to rein in the bill’s total amount of authorized defense spending — the so-called topline. At least one proposal would require a reduction to the topline if the Pentagon continues to be unable to successfully accomplish a financial audit of all its components.

But past votes suggest that efforts to reduce the defense budget will fail because enough members on both sides of the aisle support its continued growth.

Efforts to scale back programs, such as a handful of amendments that have been filed to take aim at a developmental fleet of ground-based nuclear missiles, are also likely to face an uphill climb to adoption.

Still, even if the total amount of money authorized by the bill does not change much or at all, some significant changes in defense programs and contracts could come about if certain amendments are made in order and adopted.

The committee’s bill would require that women register with the Selective Service System for a potential military draft. One amendment would nix that provision, but it appears that a bipartisan consensus has emerged in favor of requiring women to register despite grave misgivings among some conservatives.

At least as interesting is an amendment that would get rid of the Selective Service entirely.

Other amendments of note would:

— Extend from one year to two years the so-called cooling-off period in which former top Pentagon officials cannot lobby their erstwhile colleagues.

— Sunset each authorization to use military force after two years.

— Make the chief of the National Guard Bureau eligible to serve as chairman of the Joint Chiefs of Staff.

— Give preference for local contractors in military construction projects.

— Require the Pentagon to make available to military servicemembers tests for exposure to PFAS, also known as “forever chemicals.”

Nearly as many amendments were filed for consideration to last year’s House NDAA as this year’s. The Rules Committee approved just over 400 of them in 2020. Most were adopted on the floor as part of huge packages of uncontroversial amendments. The House passed the bill shortly thereafter.

Pulling that off again will be a challenge.