Nearly two months after discovering a problem with its Starliner spacecraft, Boeing is still searching for answers 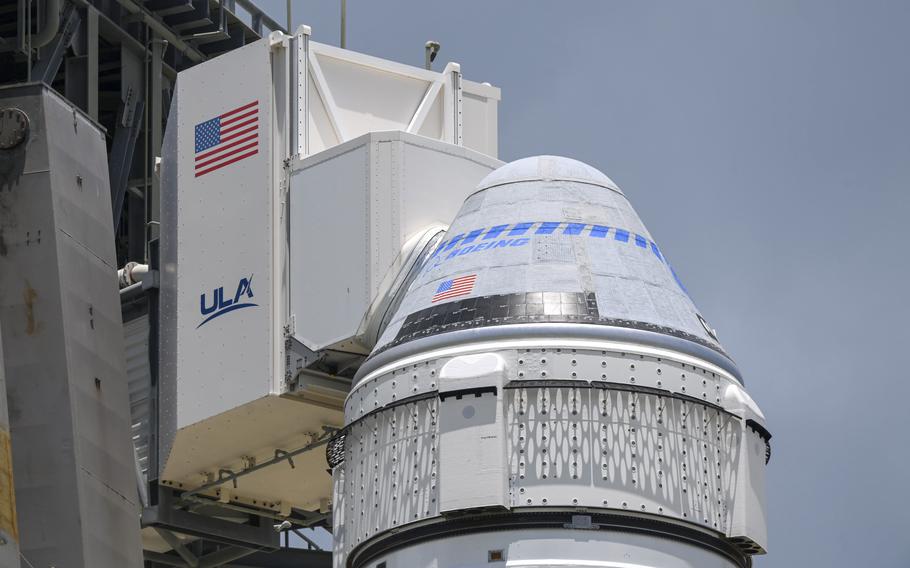 NASA and Boeing announced that they will unstack the capsule off the rocket to trouble shoot the valve issue before they can complete the Starliner uncrewed Orbital Flight Test-2 to the International Space Station. (Jonathan Newton/The Washington Post)

Several days after Boeing discovered the latest problem with its Starliner spacecraft, it removed the capsule from the rocket and returned it to the factory where engineers have been playing detective, trying to figure out what went wrong.

But now, some two months after it first discovered an issue with some of the valves in the spacecraft’s service module, the company still doesn’t know with 100% certainty what caused 13 of those valves to remain shut when they should have been open, the latest embarrassment for a program that has suffered a series of blunders. And it’s unclear when the company may attempt to launch it again.

Kathy Lueders, who runs one of NASA’s human exploration mission directorates, said this week that the company might even have to swap out the spacecraft’s service module for a new one, which would mark a significant change. As for whether Boeing would be able to attempt another launch this year, she said, “My gut is it would probably more likely be next year.”

Boeing has said little publicly about the spacecraft since it was removed from the rocket. It would not make executives available to The Washington Post for this story and responded to several questions with an emailed statement. That statement said the company “continues to work several troubleshooting efforts in parallel” and that “progress is being made to eliminate potential causes.” The testing “is taking place both on the vehicle and in offline labs.”

It also noted that Boeing would set a new launch date after its investigation was complete, saying “root cause analysis and corrective action plan help us define the appropriate path back to the launchpad.”

But an official close to the investigation, who spoke on the condition of anonymity because they were not authorized to speak publicly, said that the company is nearing some final decision points in the probe and hopes to have a path forward soon.

The issue came up as an issue of concern at NASA’s Aerospace Safety Advisory Panel meeting on Thursday.

“We got very close to launch without having identified the valve problem,” said George Nield, a panel member who previously oversaw the Federal Aviation Administration’s office of commercial space transportation. “Are there any changes to hardware inspection, testing, vehicle processing or checkout that would minimize the chances of that happening in the future?”

He also said there “were some rather significant differences in how several safety issues were assessed between NASA and Boeing” during the flight readiness reviews.

NASA, which in 2014 awarded Boeing a $4.2 billion contract to develop the capsule under the “commercial crew program,” continues to stand by Boeing. Lueders said “the team is making great progress on further troubleshooting. And I absolutely know we’re going to fix this problem before we fly.”

Boeing’s woes are compounded by the fact that the scrubbed launch was its second attempt to send the Starliner spacecraft to the International Space Station, without any astronauts on board, in a test flight designed to prove to NASA it could fly safely. Meanwhile, SpaceX, the other company in NASA’s commercial crew program, has flown three human spaceflight missions for NASA since last year and has another scheduled for next month. It bid less for the work and was awarded a contract worth $2.6 billion.

Last week, it also completed the first-ever all-civilian spaceflight to orbit, known as Inspiration4, where a crew of four spent three days in space. That flight was not part of the commercial crew program and did not involve NASA personnel.

Boeing’s first flight attempt, in December 2019, suffered a series of problems due to software and communications issues that prevented the spacecraft from docking with the station and forcing controllers to shoot software fixes to the capsule in midflight. On that mission, the capsule’s software thought it was 11 hours later in the mission than it was. Another issue, solved on the fly, could have caused the service module to collide with the crew capsule upon separation. Boeing decided to redo the test flight before attempting a launch with astronauts on board, a decision that cost the company $410 million.

It took Boeing some 18 months to fix those problems and get the capsule back on the launchpad. Leading up to the launch, John Vollmer, a Boeing vice president, said this summer that he knew how high the stakes were this time. “It is of paramount importance that we have a successful flight,” he said.

Instead of launching on Aug. 3, the company wrestled with the stuck valves, at first expressing hope its engineers, working around-the-clock, could fix them on the launchpad and proceed with the launch. “Cautiously optimistic is a good way to describe how the team is feeling,” Vollmer said three days after engineers discovered the issue.

After days of trying, Boeing could not fix the problem on the pad and decided to “destack” the vehicle, by taking the capsule off the rocket and rolling it back to the factory at the Kennedy Space Center in Florida.

At the time, Vollmer said, “We’re obviously disappointed that we were unable to get these issues resolved in time to make this launch window. The launch window, while important to us, was not the driver. The driver was safety,” he said.

Boeing and NASA had been exploring whether the humid Florida air, or a rainstorm just before the first launch date attempt may have mixed water with the propellant’s oxidizer. The interaction may have caused nitric acid to form, corroding the valves and causing them to stick.

“So that is primarily what we’re looking at now as the most likely cause of the issue,” Vollmer said in August.

The company has not put out any more updates on the cause of the problem since then.