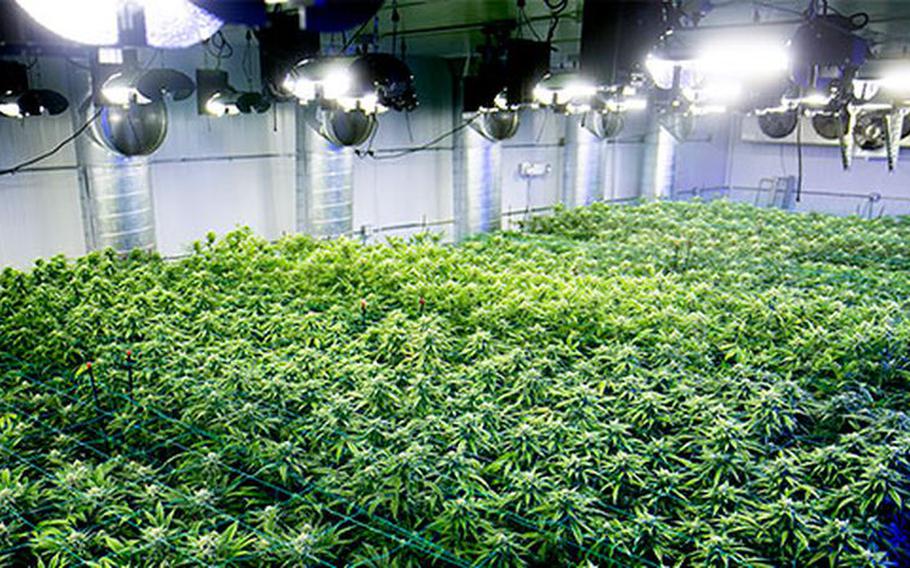 (Tribune News Service) — Legislation allowing banks to offer credit cards, checking accounts and other financial services to legal marijuana businesses was added to a bill setting defense policy for the next 12 months.

The action increases the chance of the Secure and Fair Enforcement, or SAFE, Banking Act, becoming law because the defense legislation, known as the National Defense Authorization Act, is one of those measures that Congress invariably passes every year in order to shape federal defense policy and ensure that facilities such as Joint Base McGuire-Dix-Lakehurst get their share of Pentagon spending.

The banking bill’s chief sponsor, Rep. Ed Perlmutter, D-Colo., won unanimous approval when he proposed amending the NDAA to include his legislation. With House passage of the defense bill expected later this week, that assures that the cannabis banking issue will be on the table when lawmakers of both houses craft the final legislation.

“There is undoubtedly a national security element to this issue, as we see when organized syndicates target cannabis businesses,” said Steven Hawkins, chief executive of the U.S. Cannabis Council.

When the Democratic-controlled House first passed the legislation in September 2019 on a bipartisan vote, it marked the first time either chamber of Congress had approved a pro-marijuana measure. House Democrats also inserted the provision in two trillion-dollar coronavirus stimulus bills in 2020.

The Senate, then under Republican control, never considered the bill.

The House most recently approved the legislation in April, but the Senate, now with a Democratic majority, still has not debated the measure.

Senate Majority Leader Chuck Schumer, D-N.Y., Finance Committee Chair Ron Wyden, D-Ore., and U.S. Sen. Cory Booker have been working on a larger bill that would end the ban on cannabis, thus allowing banks to provide financial services without running afoul of federal law, as well as expunge marijuana convictions and help communities hardest hit by the War on Drugs.

“It is critical to balance the need to accomplish comprehensive reform at the federal level and make every effort possible in the immediate term to support the successful state-level programs to ensure safe and efficient consumer access to quality cannabis that is cost-competitive with the unregulated market,” said Justin Strekal, political director of NORML, the National Organization for the Reform of Marijuana Laws.

“For those reasons, we support the inclusion of the SAFE Banking Act in any piece of legislation that is going to be enacted into law.”

While New Jersey and 17 other states have legalized cannabis for both medical and recreational use, companies producing or selling weed still must conduct their businesses largely in cash as federally regulated banks worry that they could run afoul of federal law banning marijuana if they provide financial services.

“Forcing legitimate, well-regulated cannabis businesses to conduct most of their business in cash is anachronistic and a clear threat to public safety,” Hawkins said.