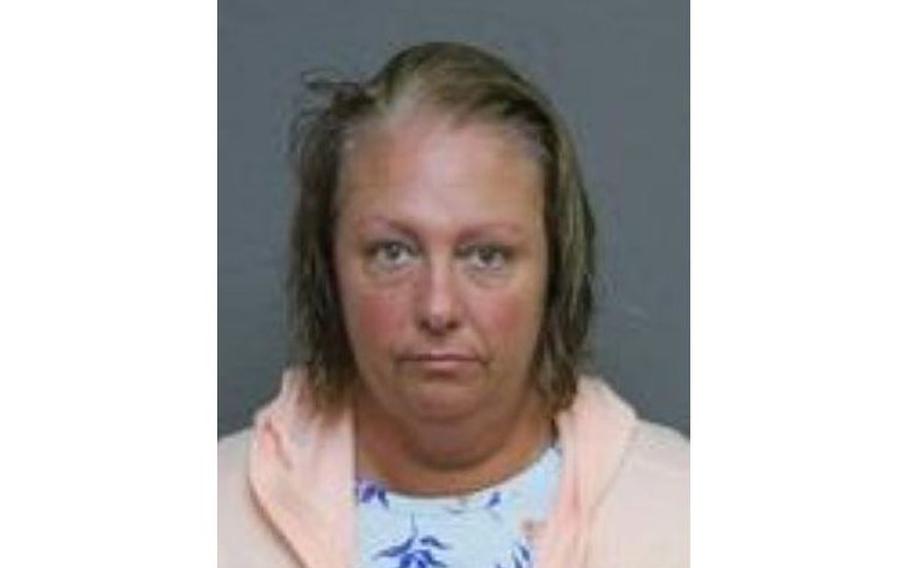 Lori Desjardins, a 45-year-old woman from Southington, Conn., is charged with third-degree assault and second-degree breach of peace following the incident on the anniversary of Sept. 11, police said. (Berlin, Conn., Police Department)

Lori Desjardins, a 45-year-old woman from Southington, Conn., is charged with third-degree assault and second-degree breach of peace following the incident on the anniversary of Sept. 11, police said.

She accused Sean Nolte Jr., who was wearing his uniform, of lying about being in the Navy while they were waiting inside a pizza restaurant.

“This is disgusting,” the woman said to Nolte, as shown in the TikTok video. She threw his cap on the ground and slaps him in the face, Nolte said.

“You disgrace the USA,” she said while yelling obscenities.

Nolte, who commented on Facebook about the incident, has not spoken publicly about Desjardins arrest.

In a Facebook post earlier this week, he said he maintained his professionalism and wished the woman a nice day.

“Well, looks like some of our own people can’t recognize authenticity when they see it,” he said in his post.

Numerous sources, including the fire chief for the department Nolte volunteers for, confirmed he is enlisted in the Navy, McClatchy News reported.

Police, who earlier in the week were attempting to identify Desjardins, said the woman turned herself in Thursday after a warrant was put out for her arrest.