More than 800 Afghanistan evacuees have landed in Philly, with hundreds more expected 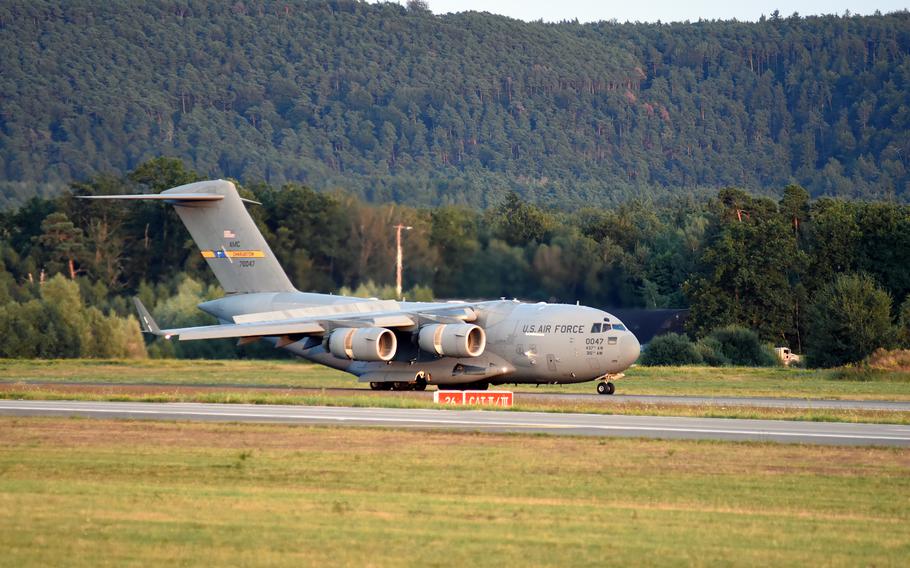 PHILADELPHIA (Tribune News Service) — A total of 883 evacuees from Afghanistan arrived at Philadelphia International Airport on Saturday and Sunday, and nine planes carrying hundreds more were expected Monday, according to city officials.

That would mark a dozen flights to set down here so far as part of Operation Allies Refuge, the U.S. military operation to airlift people out of the country.

Military flights had been leaving the embattled capital at a rate of more than one an hour Monday, helping drive departures that have seen about 116,700 people evacuated in roughly the last two weeks.

Those arriving in Philadelphia — who may be Afghan nationals, U.S. citizens, or hold any of a variety of legal statuses — are being met by staff from city, state, and federal agencies, along with local hospitals and nonprofit organizations. The city turned a closed Terminal A-East into a staging and processing area, used after new arrivals have left the planes and been cleared through customs.

"I'm very pleased with the level of coordination," Mayor Jim Kenney said Sunday. "We anticipate this operation picking up speed in the coming days."

The city is providing familiar, culturally appropriate food, diapers, hygiene products, and other supplies, along with books and stuffed animals for children. Everyone gets a medical evaluation that includes COVID-19 testing. New arrivals may be vaccinated against the virus if they wish.

The city also is offering on-site interpretation in Dari, Pashto, Urdu and Farsi, and has set up space for prayer and religious observance. Muslims in Virginia sent out an urgent request Monday for 800 copies of the Quran and 800 prayer rugs for newly arrived Afghans stationed in Quantico.

City officials say they need volunteer translators. Those able to help should first sign up as part of the Philadelphia Medical Reserve Corps, which serves during large-scale events. To join, visit the SERVPA website and select "Medical Reserve Corps Organizations" from the drop-down menu, and then choose "Philadelphia MRC" from the secondary menu.

The best way to support relief efforts, city officials said, is through monetary donations to vetted groups. The city Office of Immigrant Affairs is working with Nationalities Services Center and HIAS Pennsylvania.

Many of the evacuees are being taken to Joint Base McGuire-Dix-Lakehurst in South Jersey, which is readying to shelter thousands of people. A respite site on the Camden waterfront has so far not been used, on standby in case crowds of arrivals overflow at the airport.

Many or most of those taken to the New Jersey base will be resettled in communities around the United States.

About 700 Afghans live in Philadelphia, clustered in Mayfair and Oxford Circle in the Northeast.