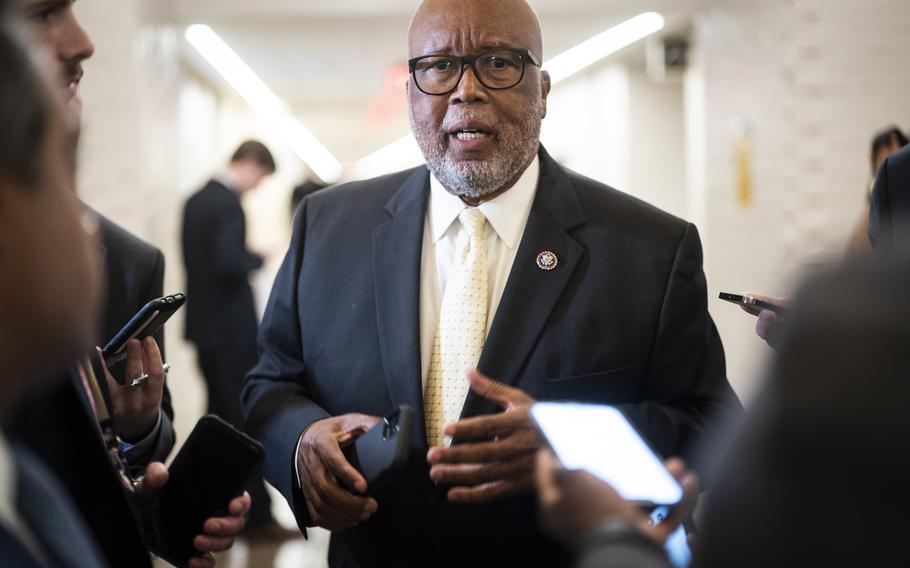 WASHINGTON — The House select committee investigating the Jan. 6 insurrection on Friday asked technology companies for information that could be helpful to its probe of the attack, including the spread of misinformation about the 2020 election and efforts to overturn its results.

The committee requested “all reviews, studies, reports, data, analyses, and communications” regarding misinformation generated by foreign and U.S. actors, “domestic violent extremists” associated with the attack and other efforts to overturn the election results.

In addition, the committee said it is focusing on how social media companies policed their own platforms, such as whether their algorithms helped speed the spread of misinformation, how they identified which posts to take down, and what information has already been requested by law enforcement agencies.

“The Select Committee to Investigate the January 6th Attack on the United States Capitol is examining the facts, circumstances, and causes of the attack and relating to the peaceful transfer of power, in order to identify and evaluate lessons learned and to recommend corrective laws, policies, procedures, rules, or regulations,” Thompson wrote in his letters to the companies.

The committee released its first request for information Wednesday, issuing sweeping demands for records from federal agencies pertaining to the attack on the Capitol and President Donald Trump’s efforts to subvert the election. Earlier this year, the House impeached Trump on charges he inspired the attack with his false claims about the election, but he was acquitted by the Senate.

In the letters asking for materials from the National Archives and seven other agencies, Thompson signaled that an expansive investigation is underway, touching not only on what happened Jan. 6 but also on matters such as “the former President’s knowledge of the election results and what he communicated to the American people about the election.”

The violence on Jan. 6 was the most serious attack on the Capitol since the War of 1812, and was carried out by a mob of Trump supporters who echoed his false claims about the 2020 election while seeking to stop Congress’s efforts to certify its results and declare Joe Biden the president-elect.

Earlier this week, Thompson said the committee was also planning to ask communications companies to preserve phone and other records that could be helpful to the investigation, including from members of Congress.

“We have quite an exhaustive list of people,” Thompson said at the time. “I won’t tell you who they are, but it’s several hundred people that make up the list of individuals we plan to contact.”

Republicans have opposed creating a special panel to investigate the assault — whether independent or made up of lawmakers — arguing at first that it should also look at violence at racial justice protests from the summer of 2020 and that such an inquiry could impede law enforcement investigations into the insurrection. Later they focused their opposition by saying that an investigation would amount to a partisan attack by Democrats on Republicans and Trump.

But the panel includes two Republicans — Reps. Liz Cheney of Wyoming and Adam Kinzinger of Illinois — who have broken with the party over whether the former president bears responsibility for inspiring the mob that attacked the Capitol and the threat posed by his continued spread of falsehoods about the results of the 2020 presidential election.

“Honorable men and women have an obligation to step forward,” Cheney said during the committee’s first public hearing. “If those responsible are not held accountable and if Congress does not act responsibly, this will remain a cancer on our constitutional republic.”

It remains unclear which lawmakers the committee may call as witnesses, But several members are known to have spoken to Trump on Jan. 6 during the attack, including House Minority Leader Kevin McCarthy, R-Calif., or to administration officials that day.

Thompson has said the committee has not ruled out any investigative avenues, including who could be a potential witness.

The Washington Post’s John Wagner contributed to this report.