More than 8,000 Florida students isolate or quarantine because of a school district’s COVID-19 spike

by
Bryan Pietsch and Timothy Bella
• The Washington Post • August 17, 2021

A Florida school board is set to hold an emergency meeting this week to consider a mask mandate as more than 8,000 students and hundreds of employees in its district are in isolation or quarantine because of a surge in coronavirus cases and possible exposure.

Hillsborough County Public Schools, which includes Tampa, has 8,400 students and 307 staff members either in isolation because of a positive test or in quarantine after coming into close contact with someone who tested positive, district spokesperson Tanya Arja told The Washington Post on Tuesday. The number of students who are either in isolation or quarantine jumped by nearly 3,000 from the total given by the school district on Monday.

Arja said that the district is following quarantine and isolation guidelines from the Centers for Disease Control and Prevention and the Florida Department of Health. The CDC recommends that people should quarantine for 14 days after their last contact with someone who tested positive, while those in isolation should be at home at least 10 days since symptoms first appeared.

“All quarantines are not necessarily associated with a school or district site,” Arja told The Post. “For attendance reasons, students who are quarantined due to exposure to an off-campus COVID positive case are included in our overall quarantine numbers.”

The meeting Wednesday comes as the district’s case count, which stands at around 730, is nearly 20 times higher than it was at the same time last year.

The meeting will cover mitigation strategies “up to and including mandatory face coverings for all students and staff,” according to the district, which is one of the largest in the country. The Hillsborough County district had about 220,000 students in the last school year. If enrollment rates were similar this year, about 2.5% of the district’s students were homebound as of Monday because of outbreaks.

Florida is in the midst of a record-breaking stretch of coronavirus cases, averaging more than 21,700 new cases, according to data compiled by The Post. With more than 16,800 Floridians hospitalized for COVID-19, the state accounts for nearly 1 in 5 of the nation’s total hospitalizations.

An analysis by The Post last week found that more than 10,000 students and staff across 14 states have been exposed to the virus this school year.

A mask mandate in the district would violate an order from Republican Gov. Ron DeSantis prohibiting schools from requiring face coverings. After initially threatening to withhold school officials’ salaries if they resisted his anti-mask rule, DeSantis recently backed down, saying school officials pushing for masks should be responsible for the “consequences of their decisions.”

The Biden administration last week offered federal funds to school administrators in Florida if the governor made good on his threats. Education Secretary Miguel Cardona wrote in a letter to DeSantis and Richard Corcoran, the state’s education commissioner, that the U.S. Education Department “stands with these dedicated educators who are working to safely reopen schools and maintain safe in-person instruction.”

If the board enacts a mask mandate, it will join a handful of other state school systems that have defied the governor’s order. Officials with Miami-Dade, Florida’s largest school system, said it would join other school districts Monday in requiring masks for students when classes start next week. Miami-Dade County Public Schools Superintendent Alberto Carvalho noted that when the mandate is official, students could opt out only for medical reasons.

Hillsborough County resident Amy Nell is one of the Florida parents suing DeSantis, contending that the governor’s restriction on mask mandates and other mitigation measures will risk the health of people in the state, including children resuming class in the fall. Nell told The Post last week that she had received daily notifications of new cases in the first four days of school.

“It’s nerve-racking to expect that call or text from the front office every day that more kids are sick, and that at some point, we will undoubtedly have to quarantine,” Nell said.

The scheduled meeting in Hillsborough County will come days after several educators in Broward County died of COVID-19 within a 24-hour stretch. Addison Davis, the superintendent of Hillsborough County Public Schools, tweeted over the weekend that the district hoped the community would continue to practice safety measures to help protect students.

“We’re going to make sure we still follow every statutory requirement, all the legal ramifications,” Davis told MSNBC last week. “But at the same time show that sensitivity with COVID in our community and put mitigation strategies to be successful.”

The mask requirement being considered in the Hillsborough County district would be effective through at least Sept. 3, officials said.

“The most important thing is the welfare of our children getting this virus,” board chair Gray said to the Times. “That’s my major concern, and that’s it.”

Arja, the district’s spokesperson, stressed to The Post that community members “follow the same health and safety protocols outlined by public health officials when they are out in the community just as we do in schools.”

“Please know that what happens in our schools will often mirror what is happening in the community,” Arja said. 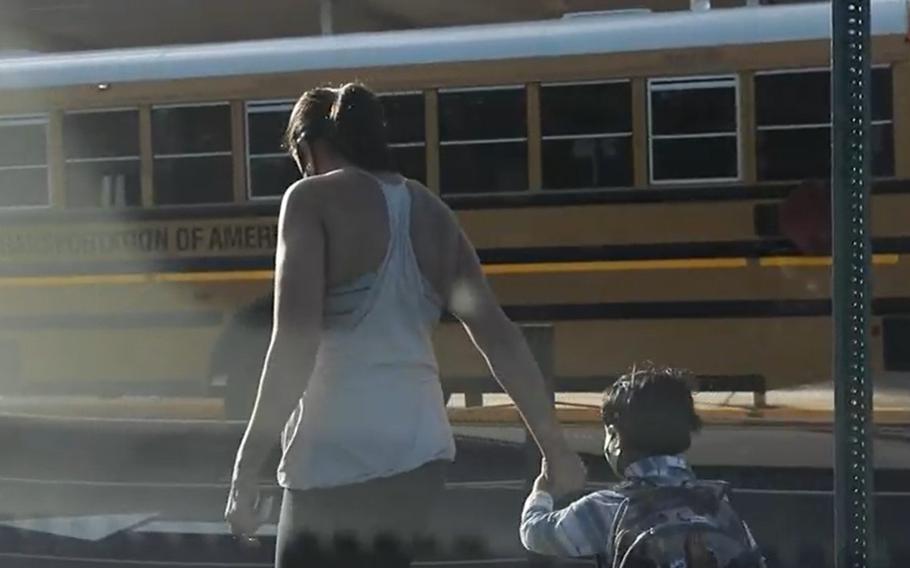