Father of first American to die in Afghanistan: ‘We’ve been defeated’ 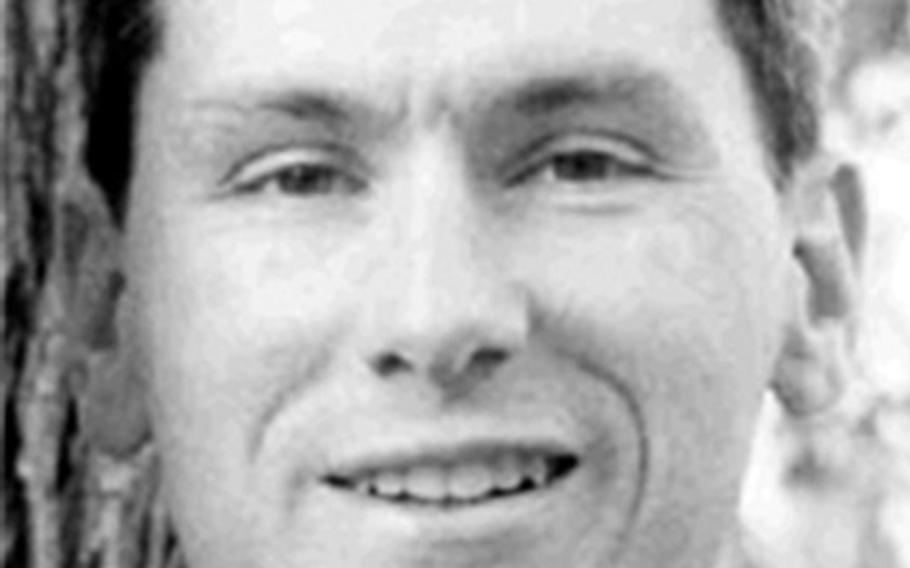 (Tribune News Service) — Johnny Spann, like much of the world, watched in horror as Afghans plunged to their deaths from a military jet as they tried to escape the Taliban capture of their country.

For Spann, whose son, CIA Officer Mike Spann, was the first American known to be killed in combat in Afghanistan nearly 20 years ago, the images were sickening and frustrating.

“I’ve said many times how I watched that video from 9/11 when we saw those people jumping out of those towers because they were going to die and they didn’t want to be burned so they jumped out to their death,” said Spann, who lives in the Alabama city of Winfield.

“We see the pictures this morning of people trying to grab hold of the airplanes as they’re leaving, the plane’s taking off and they’re falling to their death because they know that they helped Americans and they know they’re going to die as soon as the Taliban gets their hands on them.

“How can America save face with this when we made promises that we don’t keep,” Spann said. “By leaving Afghanistan, we’ve been defeated. We’re just handing it over to the Taliban.

“And I’m not saying we should have not already left, but I’m saying leave under the right circumstances,” he said.

The Taliban moved into Kabul on Sunday after President Ashraf Ghani fled the country, bringing an end to a two-decade campaign in which the U.S. and its allies had tried to transform Afghanistan.

The country’s Western-trained security forces collapsed or fled, ahead of the planned withdrawal of the last American troops at the end of the month.

Chaos ensued, with thousands of Afghans rushing onto the tarmac of Kabul’s international airport Monday, some holding onto an American military jet as it took off and falling to their deaths.

Mike Spann was 32 when he was killed during an uprising at the Qala-i-Jangi compound near Mazar-i-Sharif in northern Afghanistan.

Earlier that day, he and David Tyson, a CIA case officer and Uzbek-language specialist, questioned John Walker Lindh, an American citizen, and other prisoners.

Later in the day, hundreds of prisoners revolted, and Spann was attacked and killed. He had joined the CIA as a paramilitary officer in 1999.

Lindh was released from prison in 2019 without serving his full 20-year federal sentence.

“Mike, the team he was on, they were the first team to drop into hostile territory in Afghanistan. And they fought … and liberated Mazar-i-Sharif. I saw the videos of how the Afghans lined the streets, cheering for them and thanking them for coming and liberating them,” Spann said.

“Yesterday, I heard where Mazar-i-Sharif had fallen and been given back to the Taliban,” he said. “All these people died, gave their lives to keep America free because we were taking the fight to the enemy. We were taking it to their land rather than fighting it here on American soil. Are we so naïve that we think now that those people don’t hate us anymore? Do we think Afghanistan is not going to be covered up with Al-Qaeda and all the people that say death to America?”

The U.S. sent troops to Afghanistan because the Taliban was harboring Al-Qaeda. “Within three months, we had liberated Afghanistan, we had defeated the Taliban, we ran Al-Qaeda out of Afghanistan.

“And then we started making bad decisions again. If you break it, you’ve got to fix it. Well, we didn’t fix it, we left,” he said.

“Fast forward to today and the last two weeks. … We started pulling our generals, our support away from Afghanistan to let the Taliban have free reign,” he said.

“You can have the best athletic team, the best players that can be bought or have, but if they don’t have coaching, they’re not going to win. I don’t understand our administration can either be so ignorant that they can’t see what’s happening, or either they just don’t care, or they’re being told what to do by our enemies. Either way, it’s terrible.”

“We have troops all around the world, we have troops in many places because we’re there to support them to fend off the people who hate us too,” Spann said.

On the night before Mike Spann left for Afghanistan, his 9-year-old daughter begged and pleaded for her father not to go.

“Mike gave his life for America’s freedoms. Mike gave his life because we lost 3,000 people in America because we were attacked by Al-Qaeda¬¬¬¬¬¬¬. Just like all the other ones who have volunteered to go,” he said. “That was Mike’s understanding. That’s what he believed in. They were fighting to keep America free.

“That’s the reason he went. Because he loved America. That’s why all these other people have gone and sacrificed their lives,’’ he said. “What about all the sacrifices that America has made to keep America free for the last 20 years and then we just give it away overnight. It’s sickening. It’s shameful.”

Still, Spann said, the death of his son and the others haven’t been in vain.

Spann believes provisions should have been made.

“There’s a right way and a wrong way to do everything,’’ he said. “What would have been wrong with getting all the folks out? What about getting visas for all those who helped the U.S.? To get them out before we let the Taliban take it back over?”

“What now? We’ve got egg on our face. We have admitted defeat. We didn’t get defeated in Afghanistan. We did what we went to do — we rooted out Al Quada, we rooted out the Taliban, we finally got Osama Bin Laden,” he said.

“We weren’t defeated. That’s what I want all the servicemen to know – you didn’t get defeated. You were given away.

”We’ve got the best fighting force in the world, but if we don’t have people leading them, they’re not going to be able to do what they do,” he said.

“I feel like everybody that’s probably lost anybody, the parents of all the people that have given their lives … we all feel the same way. The people that could stop it, put an end to it, didn’t see it or didn’t want to see it or saw it (and) had other interests.”