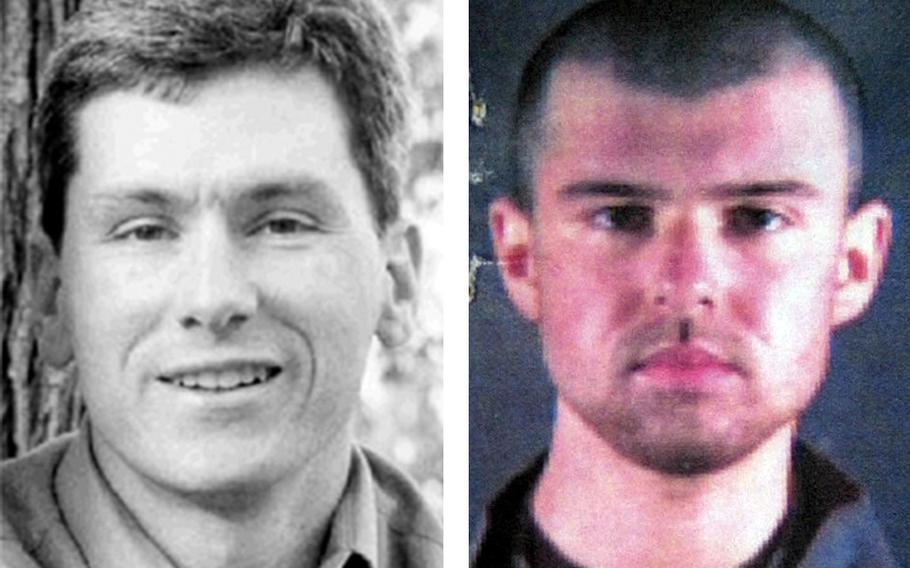 The parents of CIA paramilitary officer and Marine Corps veteran Mike Spann, left, are speaking out about the expected release in May of John Walker Lindh, right, dubbed the “American Taliban” after his battlefield capture, who they hold responsible for their son’s death. ()

The parents of CIA paramilitary officer and Marine Corps veteran Mike Spann, left, are speaking out about the expected release in May of John Walker Lindh, right, dubbed the “American Taliban” after his battlefield capture, who they hold responsible for their son’s death. () 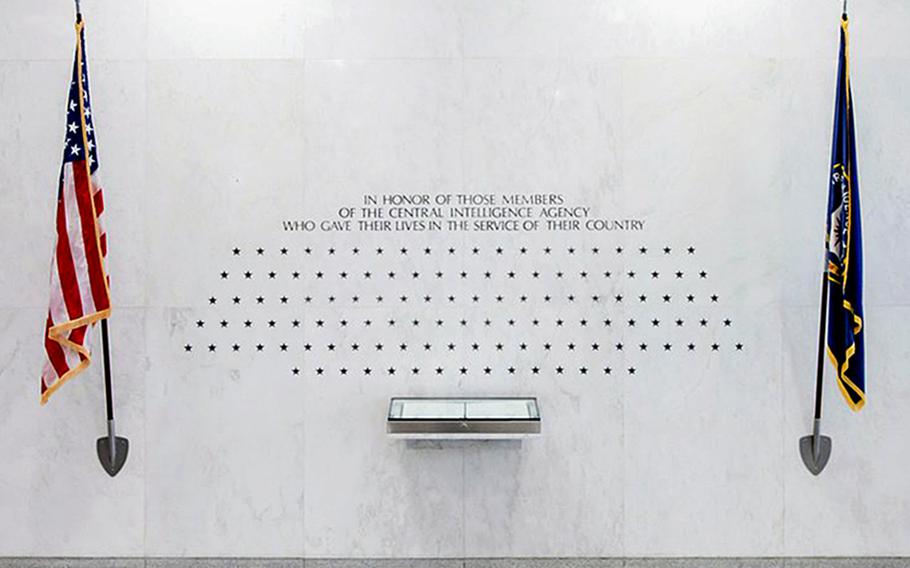 The Central Intelligence Agency's memorial wall at CIA headquarters in Langley, Va. Each star memorializes a life lost in the line of duty. The parents of Johnny Micheal ''Mike'' Spann, the first American killed in Afghanistan after the 9/11 terrorist attacks is speaking out about the expected release in May of John Walker Lindh, dubbed the ''American Taliban'' after his battlefield capture, who they hold responsible for their son?s death. (Central Intelligence Agency)

The parents of the first American killed in Afghanistan after the 9/11 terrorist attacks are speaking out about the expected release in May of John Walker Lindh, dubbed the “American Taliban” after his battlefield capture, who they hold responsible for their son’s death.

Speaking at the Alabama State House in Montgomery on Thursday, Gail Spann of Winfield, Ala., and mother of Johnny Micheal “Mike” Spann, said she opposed Lindh’s early release.

Her son, a CIA paramilitary officer and Marine Corps veteran, was killed during an uprising of hundreds of Taliban prisoners of war at the Qala-i-Jangi fortress in the northern city of Mazar-e-Sharif in November 2001. He was 32.

Gail Spann addressed the legislature after the Alabama House and Senate passed a joint resolution honoring her son and condemning Lindh’s anticipated release about three years before the end of his 20-year sentence.

“I do not want him out,” she said, the Birmingham-based Alabama Media Group reported. “I would like for him to spend the rest of his life in prison, but that’s not possible.”

The Federal Bureau of Prisons inmate locator website shows Lindh, 38, is currently being held at the Federal Correctional Institution Terre Haute, a 1,300-inmate medium security prison in southern Indiana, and is set to be released May 23, based on the full term of his sentence minus time for good behavior. The Times of London reported that Lindh, a California native who gained Irish citizenship in 2013, planned to move to Ireland.

Mike Spann and Lindh crossed paths in the early weeks of America’s longest war on Nov. 25, 2001, as the CIA officer and a colleague interrogated captured Taliban fighters who had surrendered, including the then-20-year-old Lindh, who wouldn’t talk. Hours later, some of the about 400 detainees launched an attack inside the fortress that lasted three days.

Mike Spann and prison guards were shot shortly after the riot began, the CIA has said in official accounts of Spann’s death. His last act was to warn his CIA colleague of the imminent danger, the agency has said.

Lindh could have warned her son, Gail Spann said.

“John Walker Lindh had the opportunity to tell Mike right there, ‘You’re an American, I’m an American ... We’ve got weapons in this building and we’re going to overtake this fort,’” she said. “He chose not to because he was a Taliban. He’s a traitor to our country.”

Mike Spann, who served eight years in the Marine Corps and rose to the rank of captain before joining the CIA in 1999, left behind a wife a son — at the time an infant — and two young daughters.

After days of fighting at the fortress, including U.S. airstrikes, Afghan warlord Abdul Rashid Dostum arrived to find Taliban fighters were holed up in a basement in part of the compound. The Afghans flooded the underground hideout and just 86 militants were recaptured, including Lindh.

The original government complaint filed against Lindh included a charge for conspiracy to commit murder of U.S. citizens, including Spann, the Alabama Media Group reported.

Under an agreement, he pleaded guilty in July 2002 to felony charges of aiding the Taliban and carrying explosives in commission of a felony. He told the U.S. District Court in Alexandria, Va., that he carried a rifle and two grenades “knowingly and willingly knowing that it was illegal,” The Associated Press reported at the time.

In 2011, writing in England’s Guardian newspaper, Lindh’s father said his son had converted to Islam at 16 and had traveled to Yemen when he was 17 to study, eventually going on to Pakistan and then crossing into Afghanistan in 2001.

At his sentencing in 2002, Lindh said he had no role in Mike Spann’s death and that he would not have joined the Taliban if he’d known they were harboring terrorists.

But Johnny Spann holds Lindh “as much responsible for Mike’s death as the people who beat him and shot him,” he told the Alabama Media Group this week. “It’s no different than if he pulled the trigger.”

The elder Spann also said he believes Lindh will resume support for terrorist organizations after his release.

In 2017, Foreign Policy magazine cited U.S. National Counterterrorism Center documents that said, as of the prior year, Lindh “continued to advocate for global jihad and to write and translate violent extremist texts.” The document said he told a television news producer he would “continue to spread violent extremist Islam” after his release.

“He was a traitorous terrorist and supported terrorist groups,” Johnny Spann said. “He’s sending out messages of support to those groups. He’s never renounced his affiliation with al-Qaida.”

Mike Spann’s mother tries to live a “normal life” and the family has not sought publicity for her son, declining film and book rights requests, she said.