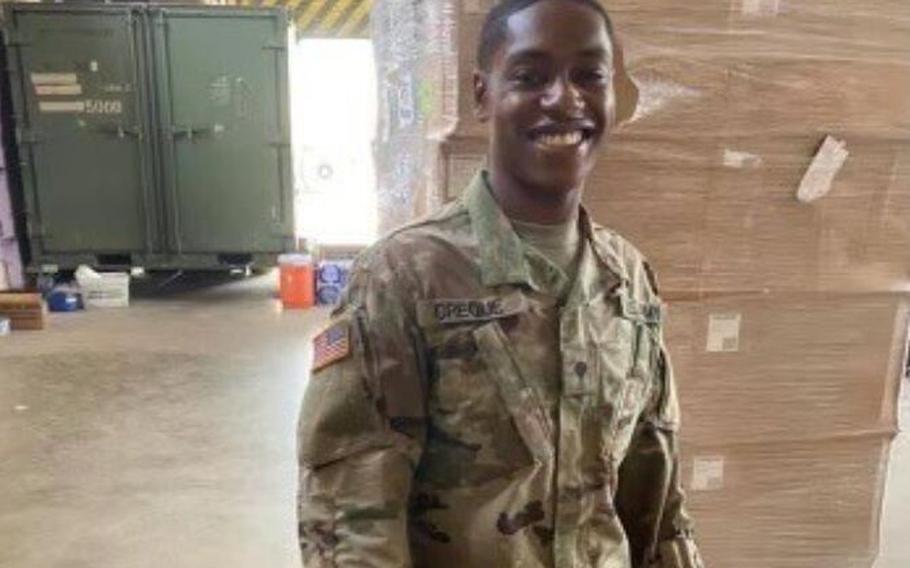 BATON ROUGE, La. (Tribune News Service) — A Louisiana National Guardsman died in a car crash in McAllen, Texas, near the U.S.- Mexico border on Saturday morning, according to authorities.

Spc. Bernard Creque, 25, of Lake Charles, was walking along a road at about 3:30 a.m. when he was hit multiple times by two cars, a Texas news station reported.

He was deployed there, but off duty at the time of the fatal wreck.

Police said they have identified the two vehicles involved in the deadly crash, and the investigation is ongoing.

“I was saddened to learn of the death of Spc. Bernard Creque who dedicated his life to serving and protecting our state and nation through the Louisiana National Guard,” said Governor John Bel Edwards in an emailed statement. “He tragically lost his life while deployed with his unit, and we will forever be grateful to him. Please join me and Donna in praying for his father, mother, family, hometown of Lake Charles and fellow soldiers.”

Enlisted in the Louisiana Army National Guard in 2012, Creque was deployed to the border for “security and surveillance,” according to reports. He was part of the 2nd Battalion, 156th Infantry Regiment, 256th Infantry Brigade.

Creque is the third National Guardsman to die during a deployment in recent months. None of the deaths have been considered combat related.

Casey Hart, 42, died after suffering a heart attack on a run while deployed in Syria. He was also a corporal in the Baton Rouge Police Department.

Spc. Joshua S. Robinson, 22, died at Camp Buehring, Kuwait, in a non-combat related incident, according to a Department of Defence release.