(Tribune News Service) — Opponents of federal plans to produce a new generation of nuclear bomb cores are suing the U.S. Department of Energy for refusing to conduct a full nationwide review, arguing the study is required because the operation will involve multiple cross-country sites.

Plans call for Los Alamos and Savannah River to eventually make a combined 80 plutonium pits a year to modernize the nuclear arsenal and to equip a new warhead on a land-based Air Force missile.

Watchdogs contend federal managers aren't taking all the potential impacts — and problems — into consideration, such as transporting nuclear waste from South Carolina across the country to the underground disposal site in Southern New Mexico.

The activists have pushed for a full program review since 2019, but this is the first time they've sued the federal government for resisting the study. They contend the agencies are violating the National Environmental Policy Act by forgoing a comprehensive review.

Jay Coghlan, executive director of nonprofit Nuclear Watch New Mexico, said President Joe Biden might be more receptive, given his claim to support environmental justice — and that most people living near the Los Alamos lab, where pits would be made, are Indigenous or other people of color.

So far, the agency in charge of nuclear weapons is sticking with the previous administration in saying no to a nationwide study.

In a March 22 letter, Timothy Fischer, general counsel for the National Nuclear Security Administration, said the agency met its NEPA obligation by doing a supplemental analysis for a 2008 review of the Los Alamos lab and a new sitewide study of Savannah River Site.

The public was given ample opportunity to comment, Fischer wrote.

The agency decided in late 2019 that a full program review wasn't needed because little had changed overall since the 2008 study of the lab. Officials also said making pits at two sites would spread out the impacts rather than concentrating them all in one location, so no further study was required.

But Coghlan argued producing pits at two locations was itself a significant change that demanded a full review.

Other labs also are involved in the plans for reviving and pumping up pit production, he said.

The Air Force's new W87-1 warhead, which would have redesigned pits, would be made at Lawrence Livermore National Laboratory in California.

The warhead doesn't require pits, but military leaders are pushing for a pit-equipped version anyway, so they must do a comprehensive review to meet the NEPA requirements of addressing all alternatives, said Marylia Kelley, director of Tri-Valley CAREs, a Livermore, Calif.-based watchdog that's also suing.

In general, the agency has done fragmented reviews, looking at the Waste Isolation Pilot Plant near Carlsbad, Savannah River, Los Alamos and other labs separately, rather than examining their combined impacts and risks, Kelley said.

For example, communities could face hazards along the interstate routes where nuclear waste would be transported, she said. That's why NEPA guidelines discourage the "segmenting" of studies, she added.

Pit production plans make a vague reference to Los Alamos National Laboratory shipping plutonium materials to Livermore for "material testing" without saying whether they are pits or something else, Kelley said.

The nuclear agency's proposed 2022 budget refers to supplying the Livermore lab with a glove box, a sealed compartment that workers use to handle radioactive materials, Kelley said, calling it further proof that plutonium will be sent there.

"Before we are asked to shoulder the risks, we have a right to participate in decision-making," Kelley said. "We have a right to public comment in our community. We have the right that the government will explain and disclose what it plans to do." 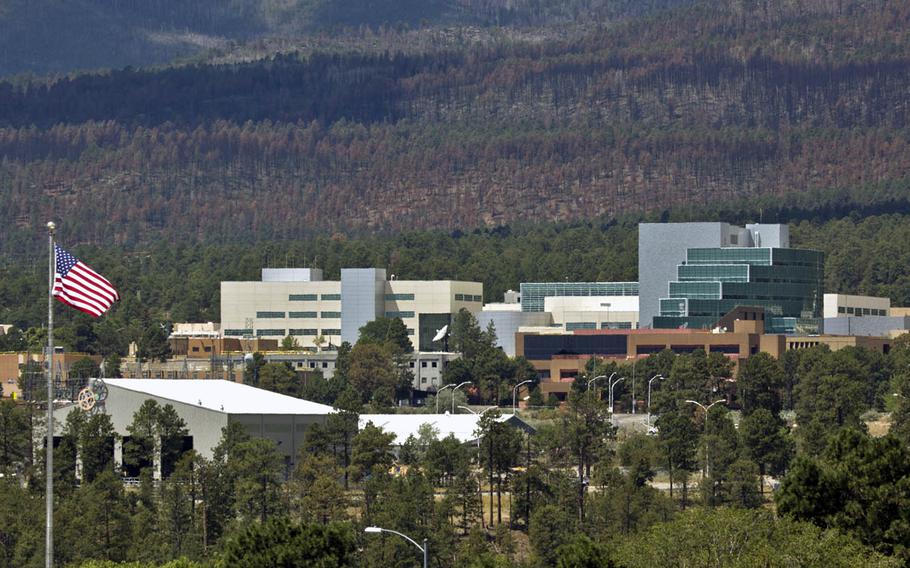