For the past three years, plans have called for the Los Alamos lab to produce 30 plutonium warhead triggers by 2026 and Savannah River to make 50 by 2030, but the latter is proving much more costly and nettlesome than anticipated.

Jill Hruby, the nominee to head the National Nuclear Security Administration, said in a U.S. Senate hearing last week that Savannah River might not fully operate until 2035.

And a recently released budget proposal for the country’s nuclear weapons program going into 2022 shows the estimated cost of converting Savannah River Site into a pit plant ballooning to $11 billion from $4.6 billion. A budget note said the estimate could go up.

Hruby’s uneasy admission about the longer time needed coupled with the skyrocketing costs indicate converting this facility into a pit factory is a monstrous undertaking, and the lag is likely to affect Los Alamos lab, said Tom Clements, executive director for nonprofit SRS Watch.

“This is not only going to impact SRS projects but it’s going to put huge pressure on the schedule, cost and environmental impacts of the Los Alamos pit plant,” Clements said. “It means that [the lab] is going to operate five years longer by itself.”

Officials at the nuclear agency didn’t reply to questions about whether the Los Alamos lab could be called on to make more pits for warheads.

The agency’s updated sitewide analysis last year said Los Alamos should have a “surge capacity” of 80 pits. That means the lab would be able to bump pit production to that volume for short periods if necessary.

At the time, agency officials said there were no plans to install the equipment needed to make 80 pits on a steady basis.

However, agency spokeswoman Toni Chiri told The New Mexican in March 2020 such upgrades could happen in the future.

“Just because we have the capability to do 80 pits doesn’t mean we will be doing 80,” Chiri said. “It’s impossible to predict what will happen in 10 years.”

The most pits the lab has made in a year was for Navy missiles more than a decade ago.

Agency officials continue to express confidence the lab will meet its 2026 target for making 30 pits yearly, even as Savannah River requires more time.

That site was originally intended to be a plant that turned old weapons-grade plutonium into mixed-oxide fuel for nuclear reactors. But skyrocketing cost overruns led to the federal government scuttle the project in 2019 after spending more than $7 billion.

“This could be a repeat of the MOX fuel debacle,” Clements said of the pit plant. “It’s totally headed that way.”

In the end, more than five times could be spent on that building than was spent constructing the $4 billion One World Trade Center — all to manufacture bomb cores, said Jay Coghlan, executive director of nonprofit Nuclear Watch New Mexico.

Extending renovations by several years is bound to put pressure on the lab to ratchet pit production beyond the current goal, Coghlan said.

“I definitely predict it will have a boomerang effect on Los Alamos,” he said.

Clements said some of the new pits would arm a new generation of warheads. That’s a big reason for the push to get the two sites cranking out a combined 80 pits a year by 2030, he said.

The Air Force has a new land-based intercontinental ballistic missile set to come on line in the coming decade, and the leaders won’t want to delay deployment, he said, which could add pressure on the lab.

But one anti-nuclear activist said it will cost at least as much for Los Alamos to ramp up pit production, and that 30 pits will push the aging facility, even modernized, to its full capability.

Savannah River can manufacture far more pits than the lab, so it should be the sole producer, Mello said.

Mello said his sources connected to the military say the Air Force will roll out its new warhead years later than the current plan. It won’t need the lab to step in with pit production because Savannah River is delayed, he said.

Savannah River is also six miles from the nearest residential area, whereas the lab is only a half-mile from a pueblo, Mello said.

Leona Morgan, a community activist with Diné No Nukes, said she is troubled to hear that the lab could end up producing more pits.

That would generate a greater nuclear waste stream and require more uranium mining, all to make weapons the world doesn’t need, Morgan said. The government should use that money to clean up the legacy waste from the Cold War that’s affecting the environment and nearby communities, she said.

The money also could be better spent on clean energy, education, infrastructure and feeding the impoverished, Morgan said. 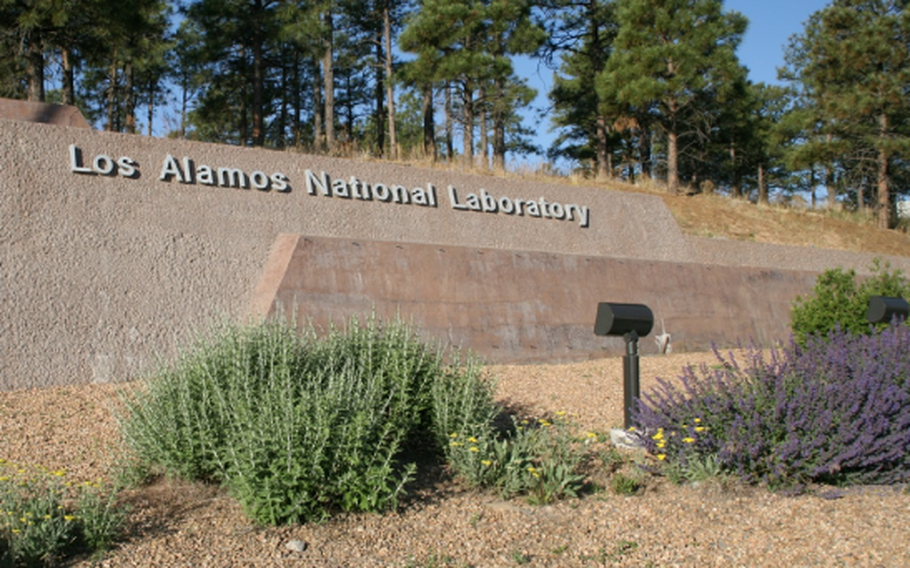