The rising cost of being in the National Guard: Reservists and guardsmen are twice as likely to be hungry as other American groups 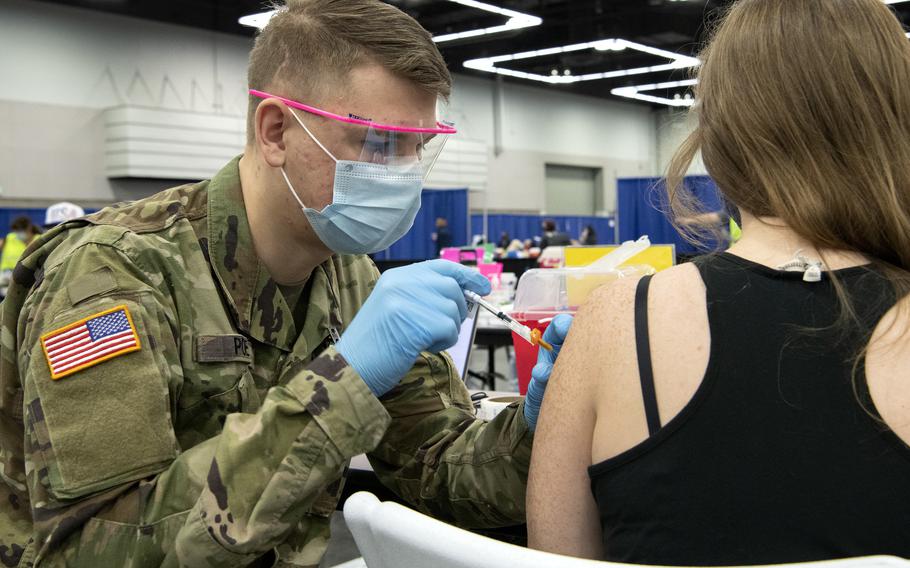 WASHINGTON — National Guard and reserve soldiers are having trouble feeding their families due to a year of record deployments.

Hunger among Guard members and reservists is more than double the national rate, according to U.S. Census Bureau data from mid-April through early June.

They report more food insecurity than nearly any other group, regardless of household income, education, age or race. Nearly one in five Guard members report sometimes or often not having enough to eat. And a third of those with a spouse serving in the National Guard or reserves report not having enough to eat. The numbers are even more troubling for National Guard and reserve families with children.

In an ordinary year, when they’re not activated or deployed, most reservists and Guard members spend one weekend a month running drills and two weeks a year, often during the summer, training. This schedule allows most of them to work civilian jobs or get an education as well. It’s a similar work schedule for reservists, who work for different branches of the military.

Over the pandemic the National Guard has faced longer deployments and periods of activation. They’ve overseen coronavirus testing, distributed food at the nation’s food banks, quelled civil unrest and more recently helped to administer vaccines, said John Goheen, spokesman for the National Guard Association of the United States, an advocacy group. This is in addition to responding to more natural disasters such as wildfires and flood.

The National Guard has declared 2020 “the Year of the Guard.” Last year, the National Guard was activated for 11 million “man days,” the highest number since World War II, Goheen said. By comparison, in 2019 there were only 2 million man days.

Wayne Hall, a spokesman for the National Guard, said he is skeptical about the food insecurity census data. He said that between the Army and Air National Guard and the different branches of the reserves, there are 1.2 million service members, but the census data only accounts for under 400,000 of them. He said he has not encountered service members who have complained of household hunger.

“These figures are an underrepresentation of the full force,” Hall said. “And almost a quarter surveyed didn’t report.” 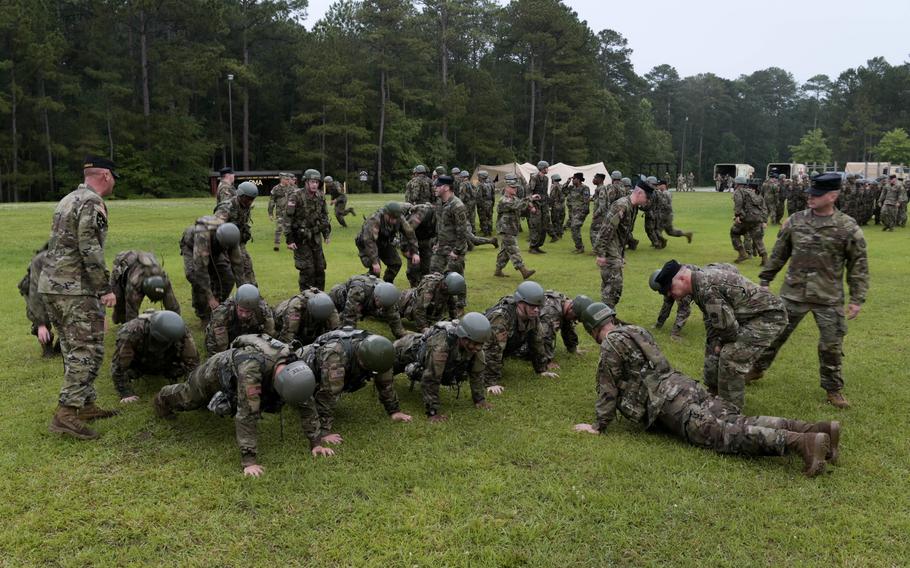 Yet several military advocacy groups said they are seeing rising problems with food insecurity, and suggest such problems might be invisible to military leadership. Jennifer Davis, lobbyist for the National Military Family Association, said hungry Guard members and reservists are motivated to seem “fine” and are hesitant to seek help or reveal financial hardship.

“A service member has to consider promotability and clearances: You can’t afford to struggle too badly; you have to keep your bills paid,” she said. “You can lose your clearance if your finances are in a shambles, we’re talking even a bounced check. If it comes between paying the bills and keeping food on the table, there’s pressure to pay those bills. And there are concerns about sharing with your leadership that you’re struggling to take care of your family, because you never want that to come back and haunt you when you’re up for promotion.”

One National Guard member in Georgia said he lost his job as a schoolteacher last spring, as the pandemic began, because of his stepped-up Guard schedule. He asked to speak anonymously, because his termination is under investigation.

“Why are we activating more National Guard troops than at the height of the war in Afghanistan?” the guard member said. “You’re taking these people away from their families, and for what reason? There is no reason. This is becoming a problem for civilian employers.”

Another National Guard officer who has spent seven months in uniform since the start of the pandemic, who also asked not to be identified for fear of losing his job, said a full 25% of the National Guard was on active duty last June, dealing with the pandemic and civil unrest.

“The shadow issue that affects Guard troops right now is the ludicrous tempo at which they’ve been activated over the past year. It’s hard to find Guard members who have not been told to report in the past year, everyone has been pulled away from their regular lives,” he said.

If called up to active duty, low-ranking Guard members and reservists make a base pay of around $3,000 per month. When not on active duty, Guard members get around $200 for a weekend of drills, which is why most have other civilian jobs.

The spike in days worked takes Guard members and reservists away from their jobs, with many soldiers not drawing that income if they’re away on military duty.

Even in normal times, military spouses have higher levels of unemployment or underemployment than civilian populations, citing factors like job scarcity near military bases and frequent moves. Moving around can leave military families far from their extended families and increase a nonmilitary partner’s child care burden. Before the pandemic, 22% of military spouses reported being unemployed, according to a large Pentagon survey.

Advocacy groups, including the National Military Family Association and Blue Star Families, said they are seeing larger numbers of unemployment among military spouses due to the pandemic.

Another problem involves housing costs, said Matt Pelak, a Guard member in New York City. Usually, a basic allowance for housing doesn’t kick in until a deployment is more than 30 days. Many of these deployments are fewer than 30 days, so the military doesn’t have to pay the housing allowance, putting an additional financial burden on low-wage soldiers. That means soldiers are paying for their rent or mortgage back home, plus wherever they are living while deployed.

Medical insurance often works the same way, adding to the financial squeeze, Goheen said. When guard members are mobilized or deployed at home, the only time they have medical coverage is if their order is 31 days or longer, he said. Guard members and reservists would then be eligible for the same medical coverage as active-duty troops. But those service members activated for less than a month have fewer options and must pay find their own health care coverage.

For the teacher in Georgia, the protracted nature of deployments in 2020 took a toll on his standing at work. He said the current level of financial instability and food insecurity had “everything to do with civilian employers and underpaid Guard members.”

He said things seemed to be going well at his school, but something changed. He said the administration began asking him to persuade his unit to change his drill dates and bombarding him with “questions that weren’t appropriate.” His teaching contract was not renewed.

The irony, according to Goheen, is that many of the covid missions for the Guard were working at American food banks, helping to feed the needy. And while the nation is increasingly vaccinated and signs point to economic recovery, Guard members and reservists continue to struggle.

Some of Guard members and reservists’ financial precariousness is because employers are tired of giving them the time off. All those absences put extra pressure on other workers and bosses, said the Guard officer who spent seven months in uniform.

“Back in the spring of 2020, employers were saying, ‘Yes, go, fight the pandemic. But as time goes on they’re less enthusiastic,” he said. “The cracks take time to show with these kinds of things.”

The Washington Post’s Heather Long and Andrew Van Dam contributed to this report.