Masks have stopped disease spread for centuries; here's why they may catch on in the US

More than a year into a pandemic that has sickened tens of millions of people and killed more than 500,000 in the United States, most people are eager to reclaim some semblance of their former lives.

About half of the country has received at least one dose of coronavirus vaccines authorized for emergency use by the Food and Drug Administration. Infection rates are dropping. And federal health authorities have relaxed mask recommendations for people who are fully vaccinated against the virus.

But it's unclear what our new normal will look like and whether, at least in some form, it will include face coverings — which have been shown to not only help protect against the coronavirus, but also, with additional measures such as social-distancing, slow the spread of influenza and other respiratory diseases.

"We've had practically a nonexistent flu season this year merely because people were doing the kinds of public-health things that were directed predominantly against COVID-19," Anthony Fauci, the nation's leading infectious-diseases expert, said recently on NBC's "Meet the Press."

Even after the pandemic, Fauci said, it is "conceivable" that during certain seasonal periods when respiratory-borne viruses like influenza are more prevalent, "people might actually elect to wear masks" to keep from getting sick. Though polls show mask-wearing has declined as more Americans get vaccinated, a large number say they will continue sporting them, particularly in higher-risk situations, such as entering a crowded area.

It raises the question: What will the future of mask-wearing look like in America?

Masks have been used to prevent respiratory transmission of infectious illnesses in health care settings for a long time. In fact, some say the strategy dates to the Middle Ages. But it wasn't until the early 20th century that it started to gain more widespread recognition as a tool to prevent disease.

A Chinese-Malaysian doctor named Wu Lien-teh is credited with pioneering a PPE-style mask to protect himself and his team while treating patients during the deadly Manchurian plague in the early 1900s. Fashioned from gauze bandages and wool, his "anti-plague mask" helped protect them from a highly contagious disease that killed scores of people.

Mask-wearing caught on in many countries in Asia as other respiratory epidemics emerged. Even today, some Asians commonly cover their noses and mouths to filter out pollution or protect others from infection when they are ill, a practice that became even more pronounced after the SARS outbreak in the early 2000s.

But absent major respiratory epidemics in the West, the focus shifted to hand-washing to try to guard against gastrointestinal diseases, said Jeremy Howard, a research scientist at the University of San Francisco in California.

Everything changed at the start of the coronavirus pandemic early last year. Until then, masking had been an unfamiliar concept in America's recent history, at least when used as a large-scale community-based intervention.

Despite the politicization surrounding masks, research shows the strategy has been a valuable tool in the fight against COVID-19, helping to keep people from spreading germs and protecting others from inhaling them. Numerous studies have shown that masks reduce infectious respiratory particles — the primary method of spreading COVID-19. Masking, especially when practiced alongside hand washing and social distancing, has been associated with a decrease in daily cases and death rates in counties that implemented mask mandates, according to data from the Centers for Disease Control and Prevention.

"It can really be the difference between a mass pandemic and something that kind of peters out," said Howard, who led a team of international researchers in reviewing evidence for wearing masks. That said, Howard added that the increased transmissibility of variants means that masks and social distancing may no longer be enough, making vaccines even more crucial to help slow the spread.

Lisa Maragakis, senior director of infection prevention at Johns Hopkins Health System, said that over the past year, researchers have amassed a wealth of data on the "incredible power of widespread masking."

"The question is: What do we do with that information and also, culturally, how acceptable will it be to people to utilize this tool even when we're finished with the pandemic?" she said.

Maragakis stressed that a number of people die of influenza and other respiratory illnesses each year in the United States. But, she said, "One of the most remarkable things, in addition to interrupting SARS-CoV-2 transmission, is the fact that we have seen almost no influenza or respiratory syncytial virus over the past year. That is yet another aspect we should really think about because the effectiveness there has saved tens of thousands of lives."

Although many people are itching to shed their masks, health experts agree that even after the pandemic, people who are sick — with any respiratory illness — should stay home when possible. And when they cannot keep a distance from others, it may make sense to mask up. As to whether people will do that, some experts doubt it, but others are hopeful masking will stick around, at least in some form.

Utilizing masks on public transportation, busy sidewalks or in crowded venues could significantly cut down on illness, particularly during seasons when respiratory infections are rampant. But even if people did not take things that far, they could consider wearing masks when sick, Maragakis said.

"That would certainly be a time to wear a mask — if you have respiratory symptoms and you are continuing to go somewhere. That would be a courteous and preventative measure to take to prevent transmission to others," she said.

The majority of more than 2,000 Americans recently surveyed said they would continue taking precautions even after the pandemic has ended. In the survey, from Ohio State University's Wexner Medical Center, 90% of respondents said they would keep up with frequent hand washing. Eighty percent said they would still avoid crowds. And 72% said they intended to keep wearing their masks, at least in certain situations.

A recent Ipsos poll showed that 57% were still wearing masks when leaving the house, though mask use "at all times" has declined about 10% among those who are vaccinated.

However, in an Economist/YouGov poll released last month, the majority of people who did not plan to get vaccinated were more likely to say that they felt safe while maskless. As The Washington Post's Aaron Blake reported, the poll showed that 63% who intended to forgo the vaccine said they felt at least "somewhat" safe socializing indoors with other unvaccinated people — without wearing a mask. Only 36% of people who had received at least one dose of the vaccine said they felt that way.

"I can tell you that next winter, when I'm in crowded areas like taking public transportation, I, myself, will probably wear a mask so I can prevent not just COVID but other respiratory illnesses as well," said Bernard Camins, medical director of infection prevention at the Mount Sinai Health System.

Some people will be glad to see the masks go. But for others, it may be more complicated.

Clinical psychologist Lina Perl said aside from interfering with how people connect with each other, masks can also become a "safety behavior," resulting in anxiety when the mask is not on.

Ever since the Centers for Disease Control and Prevention started easing masking recommendations for vaccinated people, "We're in the process of, 'OK, I'm going to let this go,' and I think people are having a really tough time," Perl said. "I think people are going to have to push past that anxiety and practice not using the masks to get over that safety behavior."

All of that said, Perl explained it's a personal decision and people have to find their own balance.

"I think everybody makes different choices about how much risk they're willing to take on," Perl said. "I think that it makes sense if wearing a mask is something that fits into your arsenal to keep yourself healthy."

Experts said throughout the pandemic, the reason for wearing masks has been not only to protect people out in the community but also to keep loved ones at home from contracting the virus and becoming severely ill. And the end of the pandemic will not eliminate the threat of COVID-19 or other respiratory infections.

"I think we spend a great deal of time and effort and money looking for clinical cures for diseases and developing vaccines and other things, but sometimes we overlook the simple things that we can do that can be extremely powerful. And I think masking is one of those things," Maragakis said. 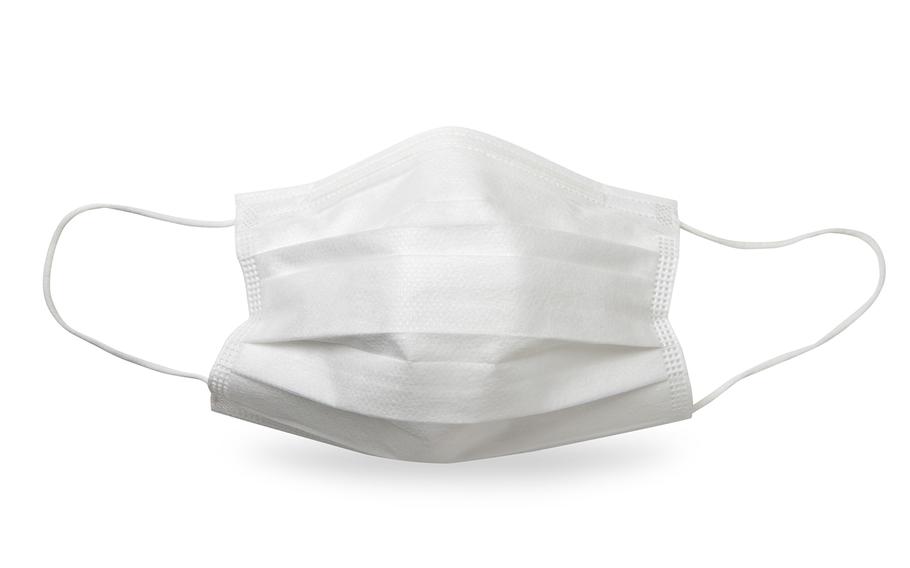