Jan 6. riot caused $1.5 million in damage to Capitol, and US prosecutors want defendants to pay 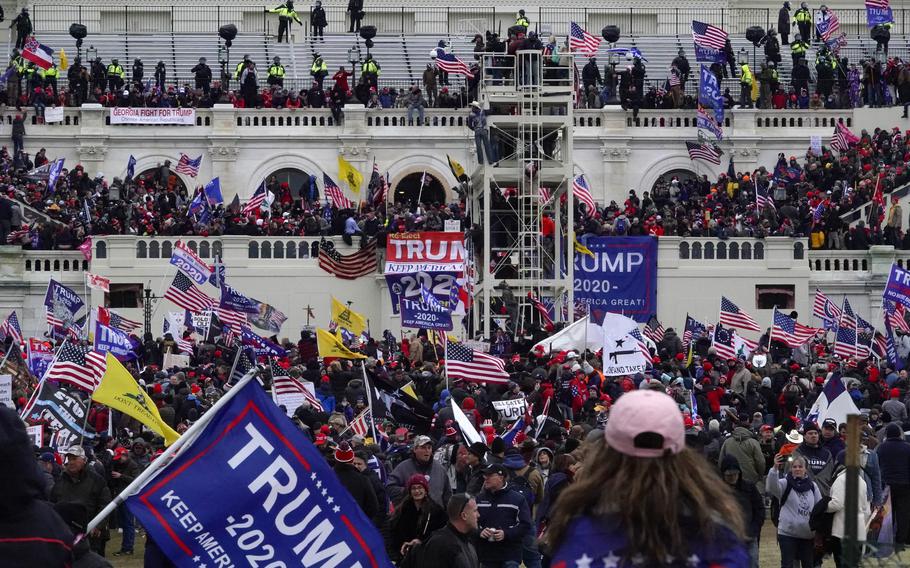 The scene outside the U.S. Capitol after Trump supporters breached the complex on Jan. 6. (Bonnie Jo Mount/The Washington Post)

WASHINGTON — U.S. prosecutors this week put a price tag on damage to the U.S. Capitol from the Jan. 6 breach — $1.5 million so far — and for the first time are asking defendants to cover some of the bill in plea offers, prosecutors and defense lawyers said.

The U.S. attorney's office in Washington cited the damage estimate Wednesday in court and in plea papers filed in the case of Paul Hodgkins, 38. The Tampa crane operator pleaded guilty to one felony count of obstructing an official proceeding of Congress and faces sentencing July 19 in Washington.

"Your client acknowledges that the riot that occurred on January 6, 2021, caused as of May 17, 2021, approximately $1,495,326.55 damage to the United States Capitol," stated a plea agreement letter sent by Assistant U.S. Attorney Mona Sedky and signed by Hodgkins and his attorney in May.

The document said Hodgkins agreed to pay $2,000 restitution to the Department of Treasury as part of the plea.

Several defense attorneys said prosecutors with the U.S. attorney's office in Washington are seeking to require restitution of $2,000 in each felony case and $500 in each misdemeanor case.

A spokeswoman for the Justice Department and U.S. attorney's office declined to comment beyond court filings.

One veteran defense attorney representing several defendants, speaking on the condition of anonymity because talks are pending, said the terms remain under negotiation. Another defense attorney, who spoke under the same conditions, questioned whether a judge could sentence a person to pay restitution if they were not actually charged with causing damage.

The basis of the $1.5 million damage estimate is not clear. Prosecutors gave no details, but the estimate appears to reflect the immediate costs of replacing broken windows, doors and other property. A spokeswoman for the Architect of the Capitol said the agency gave damage assessments to the Justice Department, which calculated the per case penalty.

Federal law allows judges at sentencing to order convicted offenders to reimburse victims for property damage and other losses, enforceable over 20 years. Whether restitution can be required usually depends on the crime as set by statute and whether losses are a direct and foreseeable result of an offender's crime.

But the law also makes restitution a negotiable item pursuant to plea agreement.

If a court finds that more than one defendant contributed to the loss, it "may make each defendant liable for payment of the full amount of restitution or may apportion liability among the defendants," federal statute said.

Prosecutors appear to be reasoning that all Jan. 6 defendants bear some liability for what happened that day and should pay to repair the Capitol to some degree, even if they are charged separately or entered the Capitol after or where no damage was done.

To spare having to litigate each defendant's liability or to ask judges to order everyone to pay the full $1.5 million when most couldn't, "it is likely that the prosecutors are setting an amount that they think most people charged will be able to pay and that collectively will cover the costs of the damage," said Cortney Lollar, a law professor at the University of Kentucky. "This is a way for the prosecutors to set payment amounts in a manner they think is most likely to be collectible."

Ashton Kirsch, a Wisconsin lawyer whose clients include insurers for minority-owned businesses damaged in protests against racial injustice in Minneapolis last year, said the approach will save the government time, money and effort.

"The building was not insured, so the costs are going to fall on taxpayers — on all of us — if it doesn't fall on the persons who caused the damage," Kirsch said. "The hard part is what's more fair — to have it paid by taxpayers or by some broad set of defendants who may or may not have caused the specific damage in question?"

The government will hardly reap a windfall under this approach since even if every defendant agreed to terms and pleaded guilty, the total paid would be well below $1 million.

At the same time, allowable fines for some felony charges could exceed $75,000 — as in Hodgkins’ case — a more draconian scenario for defendants. While restitution is paid to compensate victims, fines are punitive and sent to the Justice Department, although in Capitol riot cases, the victim is the federal legislative branch.

In the aftermath of the attack, authorities reported historical art and furniture was damaged, a 19th-century gold mirror was smashed and residue from gas agents and fire extinguishers was left behind.

The costs of the Capitol attack, however, go well beyond the $1.5 million estimate prosecutors cited this week. A $1.9 billion security funding bill passed by the House included $40 million for the Architect of the Capitol for direct attack-related costs, part of more than $730 million set aside to reimburse the National Guard and other agencies for expenses in responding to rioting that authorities said contributed to five deaths, assaults on 140 police officers and the evacuation of a joint session of Congress.

The bill, passed May 20 and pending before the Senate, includes another $529.7 million for the Architect of the Capitol for security improvements, including $250 million to harden the Capitol complex through retractable or mobile fencing, bulletproof doors and windows, new entrance vestibules and cameras.

Architect of the Capitol spokeswoman Laura Condeluci said the agency provided House appropriators with separate damage assessments than it gave the Justice Department to include labor costs and other reimbursements, new and additional security measures and coronavirus pandemic response.

About 200 people have been charged so far solely with misdemeanors — typically trespassing and/or disorderly or violent conduct in the restricted Capitol building or grounds — which usually do not require first offenders to serve time in prison. However, plea terms require defendants to agree to a federal conviction.

The rest of those charged — slightly more than half of the total — face felony counts, including charges such as obstructing Congress's confirmation of the 2020 presidential election results, assaulting police, impeding police in a civil disorder, or stealing or damaging more than more than $1,000 of federal property. 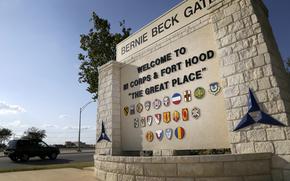