WASHINGTON — In an attempt to salvage stalled negotiations, Senate Republicans on Thursday unveiled a revised counteroffer for infrastructure spending, outlining roughly $928 billion in a package that's still far short of what the White House has proposed.

Only about a quarter of the total price tag appears to represent new spending above existing or expected levels under the "road map" put forward by Sen. Shelley Moore Capito, R-W.Va., and her GOP counterparts. But the lawmakers still stressed that their retooled approach "delivers on much" of what Biden had recommended in earlier talks between the two sides.

The White House took a less rosy view, describing the GOP effort as "constructive" even as press secretary Jen Psaki pointed out that it still lacks enough funding for some of the president's top priorities.

But the new Republican counter-offer at least appeared sufficient enough to keep talks going into next week, Psaki signaled, a critical development given the administration initially viewed Memorial Day as a critical deadline for determining whether to continue negotiating — or to try to forge ahead on its own.

But the plan does not close the other gaps that exist with the White House, where Biden recommended more than $2 trillion in new spending on a wide range of areas, including elder care, parents and families. Sen. John Barrasso, R-Wyo., on Thursday described the scope of the White House proposal as "socialism camouflaged as infrastructure."

Nor does it address the thornier disputes between the two sides over Biden's plan to finance it through tax increases on corporations, which the GOP vehemently opposes. Instead, Republicans maintained their preference to pay for infrastructure using unused stimulus funds.

Sen. Patrick J. Toomey, R-Pa., one of the lawmakers involved in the talks, said Thursday that they count about $700 billion in still-unspent funds under the last coronavirus relief package. That includes money designated for use between 2022 and 2031 to help state and local governments, bolster coronavirus testing and expand the child tax credit, all major Democratic priorities.

"We believe that repurposing these funds needs to be a really important part of how we fill this gap," Toomey said.

In response, Psaki faulted the plan for its lack of funding, particularly toward replacing lead pipes and providing veterans care. She said the White House also did not support cuts to coronavirus relief funds, adding in a statement it would "imperil pending aid to small businesses, restaurants and rural hospitals using this money to get back on their feet after the crush of the pandemic."

But Psaki said negotiations would continue into next week, as the White House seeks to ensure "there is a clear direction on how to advance much-needed jobs legislation when Congress resumes" in early June.

Despite the collegiality, the significant differences separating the White House and Senate Republicans still threaten to upend any hopes of achieving a bipartisan deal, something the president has sought since advancing his $1.9 trillion coronavirus relief package without any GOP votes. Both sides have barely budged in talks, particularly around what qualifies as infrastructure in the first place.

Fearing a potential impasse, a bipartisan group of lawmakers including Sen. Mitt Romney, R-Utah, and Sen. Joe Manchin III, W.Va., has privately huddled in recent days to try to assemble their own bipartisan compromise. They have described their early work product as an alternative to the main talks underway with the White House, though Romney on Thursday said the two sides are not as far apart as they appear.

The White House itself appeared to entertain the idea of additional negotiations on Thursday. "We are also continuing to explore other proposals that we hope will emerge," Psaki said in a statement.

The White House has defended Biden's ambitious vision for rebuilding the U.S. economy and workforce, with senior adviser Mike Donilon reinforcing that message in a memo made public Thursday that listed recent public polling that shows broad support for the president's proposals.

"When Republicans criticize the President's plan to rebuild our economy through long-overdue investments in our country's infrastructure, they're criticizing what their own constituents have been urging for decades," Donilon wrote. "When they attack the President's plan to make the wealthy finally pay their share of taxes, they're attacking the American people's basic sense of fairness."

He added: "The American people — across the political spectrum — are sending a clear message, the question now is whether Congressional Republicans will listen."

As it haggles with the GOP, the White House also faced new political demands from lawmakers from its own party on Thursday. More than 200 House Democrats banded together to issue a new warning as part of the contentious debate over infrastructure spending: Include strong union and labor protections, or possibly risk losing some of their support.

In their letter, House Democrats stressed that Congress must couple any new federal loans, grants or tax benefits to improve the country's infrastructure with a series of policy mandates to help workers. The companies that stand to profit from this potential influx of government aid must make it easy for employees to unionize, pay them prevailing wages, take action to prevent wage theft and train workers through apprenticeship programs for future positions, the lawmakers said.

House Democrats also registered particular concern with the emerging clean-energy industry, which could see billions of dollars in tax benefits and other fresh federal investment under Biden's blueprint, known as the American Jobs Plan. In the lawmakers' estimation, the industry already suffers from some of the worst worker protections across the U.S. economy, which they hope to remedy as part of an infrastructure overhaul.

"Whether it is through grants, loans, state revolving loan funds, bonds, or tax incentives, the primary condition of receiving the taxpayers' money must be compliance with strong labor standards," the Democrats wrote.

The letter, sent to House Speaker Nancy Pelosi, D-Calif., stopped short of explicitly promising to vote against an infrastructure bill if it did not contain these and other labor-minded provisions. But some of the Democrats involved in its crafting said Thursday they expect that any attempt to ignore their calls to action could lose them some votes, creating new challenges for Pelosi and Biden given the party's slim majority in the House.

"We're signaling very clearly with such an enormous group of Democrats across the ideological spectrum this has to be in the next package, that there's really no option not to have it in there," Jayapal said. 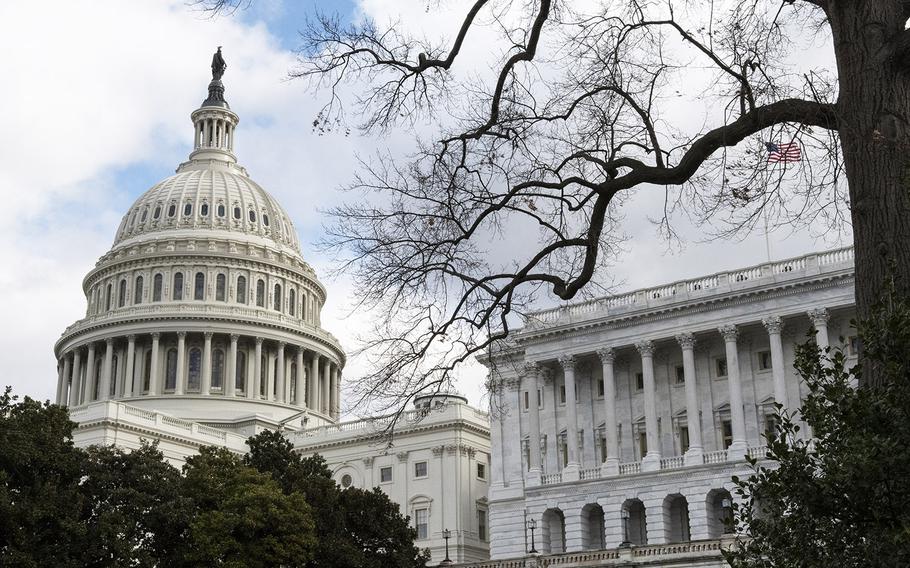