A year like no other: Revisiting the most-read Stars and Stripes staff stories of 2020 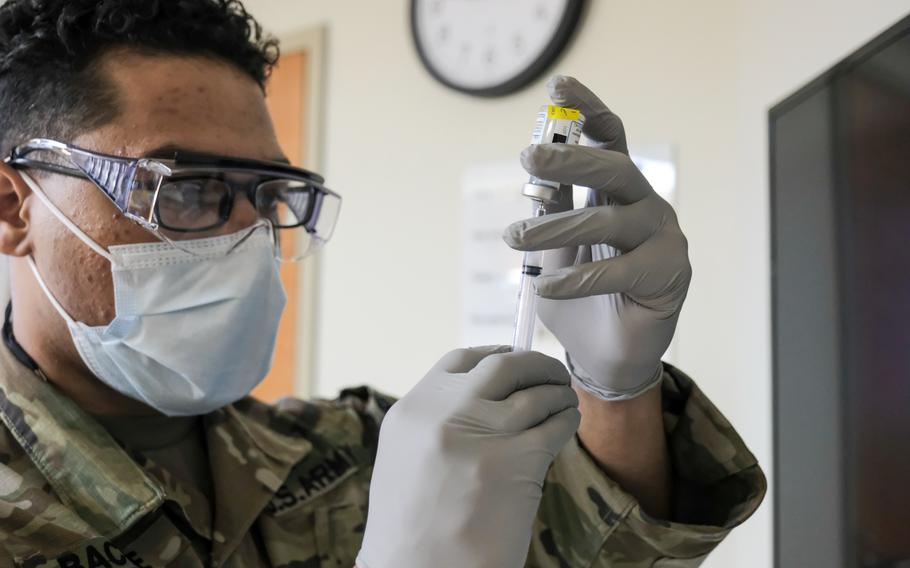 As the world was upended in 2020 by the spread of COVID-19, the respiratory disease caused by the coronavirus, the majority of individuals found themselves tasked with learning to live with a “new normal,” adapting daily routines to the restrictions imposed by social distancing.

Here at Stars and Stripes, the coronavirus pandemic also dramatically altered the way we deliver news to our audience. Early in the pandemic, Stripes temporarily suspended the production of physical newspapers in some overseas locations and removed the paywall on COVID-19-related stories on stripes.com. As the pandemic progressed, some staff members even began to work from home.

But, despite the logistical difficulties brought on by the pandemic, Stripes continued producing stories about the impact of the virus upon the worldwide U.S. military community. Throughout the course of the year, Stripes tracked infection rates among service members across all military branches, reported on the closures of Department of Defense schools and monitored the Department of Veterans Affairs response to the virus.

Along with providing ongoing coverage of the coronavirus pandemic, Stars and Stripes also devoted coverage to a wide variety of service-related topics, ranging from military deaths to changes in veterans’ benefits.

Here are the 10 most-read staff stories on stripes.com from the past year:

On March 22, Spc. Clay Welch, 20, of Dearborn Heights, Mich., was found unresponsive in his barracks at Camp Humphreys. Welch was the second soldier to die that weekend at Camp Humphreys; former reporter Kim Gamel’s story about the death of Pfc. Marissa Jo Gloria was the ninth most-read staff article on stripes.com in 2020. Military officials later clarified that the deaths were not connected nor caused by the coronavirus.

In the early months of the coronavirus pandemic, confusion over the first round of stimulus payments distributed by the U.S. government dominated the news. In an effort to prevent delays in sending these payments to low-income and disabled veterans, the Department of Veterans Affairs said the money would be automatically sent to individuals who receive VA benefits — even if they hadn’t filed tax returns for 2018 or 2019.

On May 18, the body of Pfc. Brandon Scott Rosecrans, 27, was found on a residential street several miles from Fort Hood. Minutes after the discovery of his body, Rosecrans’ abandoned vehicle was found burning in another residential area near the installation. In August, police arrested a Killeen couple in connection with slaying, which investigators believe stemmed from a disagreement over the sale price of a gun.

Rosecrans’ death was just one of several high-profile violent crimes involving service members stationed at Fort Hood in 2020. The incidents — which included the murder of Spc. Vanessa Guillen, a case that drew national attention — led lawmakers to call for an independent investigation into the policies and practices at the Texas base.

After U.S. Navy Capt. Brett Crozier, then-commander of the USS Theodore Roosevelt, was dismissed due to a loss of confidence in his ability to lead and for not using his chain of command to raise concerns about the coronavirus outbreak aboard the ship, multiple videos posted to social media showed a crowd of sailors aboard the aircraft wishing farewell to their captain.

Over the course of two months, 1,273 sailors aboard the USS Roosevelt were infected with coronavirus. One sailor, Chief Petty Officer Charles Thacker, died from complications of the infectious disease, making him the first U.S. military coronavirus fatality.

After the May 25 death of George Floyd, an African American man who died in Minneapolis police custody, protests against police brutality and racial profiling quickly spread across the United States. While many of these protests remained peaceful, some of the gatherings devolved into rioting and violence. In Washington D.C., several landmarks —including the National World War II Memorial — were vandalized during these demonstrations.

6. Pentagon: Stop-movement order to remain in effect, unless local conditions at bases meet criteria for travel

As the coronavirus pandemic spread across the United States, the Department of Defense quickly enacted a series of travel restrictions and stop-movement orders intended to keep service members and their families safe. In late May, then-Secretary of Defense Mark Esper announced that the DOD’s stop-movement order would remain in place indefinitely, unless locations meet specific criteria to allow travel to resume. The restrictions began in March when the DOD placed restrictions on all domestic travel, including permanent change of station moves and temporary duty assignments.

7. Two Air Force Academy cadets found dead on campus within 48 hours of each other

In late March, the Air Force Academy was struck by tragedy when two male First-Class cadets were found dead in their rooms at the Colorado Springs, Colo.-based institution in the span of 48 hours. The academy withheld the identities of the cadets and most of the details surrounding their deaths, out of respect for the families’ privacy.

In April, the Department of Veterans Affairs announced it would end a decades-old practice of allowing veterans service representatives to review benefits decisions for — a decision that drew outrage from veterans groups and lawmakers alike. Veterans of Foreign War National Commander William Schmitz called the change “inconceivable,” saying it would erode veterans’ right to competent representation in benefits claims. Senate Democrats introduced legislation to reinstate the practice in May, while House lawmakers introduced a similar bill in July. The measures both remain under review.

Pvt. 1st Class Marissa Jo Gloria, 25, was declared dead after being found unresponsive in her barracks at Camp Humphreys on March 21. Her obituary remembered her as a “caring and sweet” individual who was proud of her military service. Former reporter Kim Gamel’s story about the death of another Camp Humphreys soldier just days later was the most-read staff article on stripes.com in 2020.

By late March, as the coronavirus spread across all branches of the military, DOD officials ordered commanders at installations worldwide to stop publicly announcing new coronavirus cases among their personnel in an effort to maintain operational security. Instead, the Pentagon said Pentagon would continue to release near-daily updates of total cases among troops, DOD civilian workers, military dependents and defense contractors