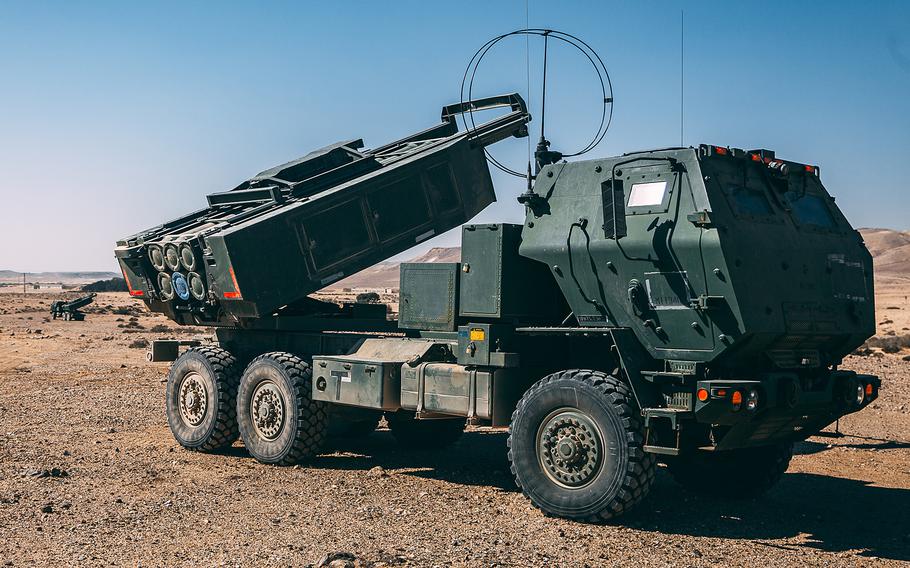 Advanced stealth fighters and rocket artillery are part of a U.S.-Israeli military exercise that was slated to commence with live fire Tuesday in Israel, U.S. Central Command said.

The weeklong endeavor, Exercise Juniper Oak 23.2, officially began Monday. It includes the High Mobility Artillery Rocket System, or HIMARS, which has been notably used by Ukraine to defend itself against Russia’s invasion.

The event also will involve Space Force assets and more than 140 aircraft and 12 naval vessels, a CENTCOM statement on Monday said.

The aircraft include the Air Force B-52 bomber and the F-35 Lightning II fighter jet.

The exercise will involve 180,000 pounds of live munitions and 6,400 U.S. personnel, a senior defense official told NBC News on Monday.

The joint training will strive to counter “a variety of regional threats,” the Israel Defense Forces stated on Twitter on Monday.

The exercises is expected to test the two forces on a level of coordination that only a handful of militaries in the world can handle, said Jonathan Lord, senior fellow at the Center for a New American Security, a Washington-based think tank.

"For one military force to engage in all those components is already incredibly impressive," Lord added. "The fact that we're doing it in coordination with a partner, it's incredibly ambitious."

The exercise is the largest since Israel was absorbed into U.S. Central Command’s area of responsibility in 2021.

The realignment came after Israel signed the Trump administration-backed Abraham Accords with leaders of Bahrain and the United Arab Emirates on Sept. 15, 2020.

“The lessons learned during these exercises are exportable to our partners across the region,” Gen. Michael Erik Kurilla, CENTCOM commander, said in a statement Monday.