US troops should be withdrawn from Saudi Arabia, UAE in wake of OPEC decision to slash oil production, Democratic lawmakers say 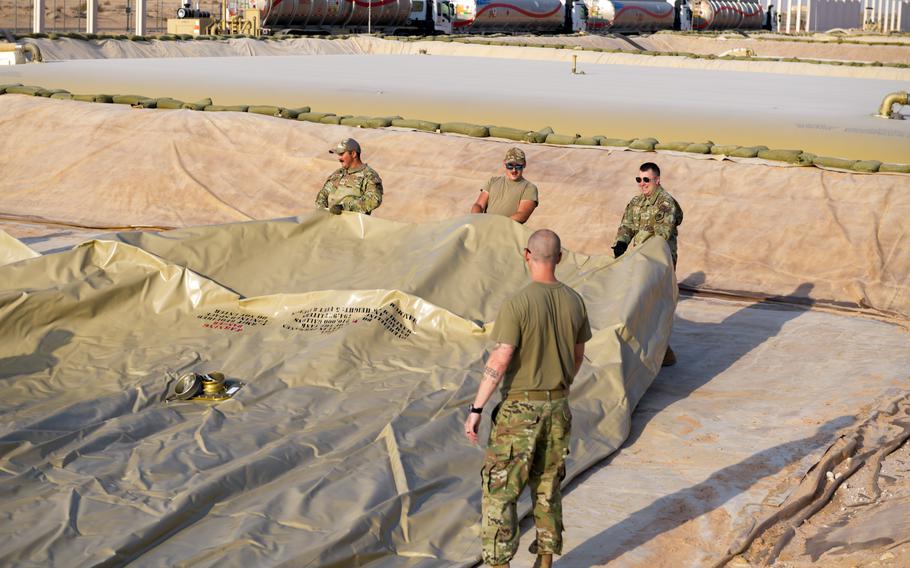 WASHINGTON — Three Democrats are calling for the removal of U.S. troops and defense systems from Saudi Arabia and the United Arab Emirates following a decision by the energy cartel OPEC to drastically cut oil production.

The move by the group on Wednesday to raise prices drew ire from some lawmakers who said oil production needs to increase to lower gas prices and replace Russian exports of crude blocked by sanctions.

“Both countries have long relied on an American military presence in the Gulf to protect their security and oil fields,” the lawmakers said in a statement. “We see no reason why American troops and contractors should continue to provide this service to countries that are actively working against us. If Saudi Arabia and the UAE want to help [Russian President Vladimir] Putin, they should look to him for their defense.”

The bill mandates the pullout of some 3,000 American troops in Saudi Arabia and 2,000 service members stationed in the UAE as well as the removal of all U.S. equipment, including Patriot missile batteries and Terminal High Altitude Area Defense, or THAAD, systems. The U.S. also maintains fighter squadrons, F-35 fighters and other weapons systems operated by U.S. personnel in the two countries.

The missile defense systems would be moved to other areas in the Middle East with the aim of protecting American service members, according to the legislation.

Lawmakers described OPEC’s decision, after months of lobbying by the White House to stave off a production cut, as a “hostile act” against the U.S. that signals support for Russia in its war against Ukraine. Russia reaps enormous revenue from its exports of crude.

The cut ordered by OPEC — a reduction of 2 million barrels per day — is the largest decrease in oil production since the start of the coronavirus pandemic, when demand plummeted. The U.S. at the time exerted pressure on Saudi Arabia, the de facto leader of OPEC, to lower oil supply or face potential legislation by Congress to remove troops from the kingdom.

OPEC’s actions this week dashed hopes of stabilizing global energy markets in the wake of Russia’s invasion and demonstrated a lopsided relationship between the U.S. and its Gulf partners that overwhelmingly benefits the Middle East, the lawmakers said.

President Joe Biden made a controversial visit to Saudi Arabia during the summer partly to convince Saudi Crown Prince Mohammed bin Salman to boost oil production and lower skyrocketing gas prices. The CIA implicated the crown prince in the killing of the U.S.-based journalist Jamal Khashoggi, a Saudi dissident who sharply criticized the kingdom's regime.

Lawmakers said the rejection of U.S. overtures was a “slap in the face” that will hurt American consumers and undermine national interests.

“It is time for the United States to resume acting like the superpower in our relationship with our client states in the Gulf,” they said. “They have made a choice and should live with the consequences. Our troops and military equipment are needed elsewhere.”