CAIRO — Yemeni security employees of the U.S. government have been detained in Sanaa, Yemen, after the compound that once housed the American Embassy was breached by Iran-backed Houthi forces, the State Department said.

For years, the Houthis have controlled Sanaa, the capital of Yemen, and much of the country’s north. The U.S. diplomatic mission suspended operations there in 2015, near the start of the country’s protracted bloody civil war between the Saudi-backed government and the Houthis, who receive support from Iran. The American ambassador and key staff were relocated to Saudi Arabia, a major U.S. ally in the region.

A spokesperson for the State Department said Thursday that a “majority” of the U.S. Embassy staff who were detained have been released and that Washington was engaging in “unceasing” diplomatic efforts to free the security guards still in custody. It is not clear why the Yemeni employees were detained.

The State Department also called on Houthi forces to “immediately vacate” the embassy compound and to “return all seized property.” The detained Yemeni employees are security personnel who had been guarding the outside of the facility, according to a State Department official.

Saudi Arabia is staunchly opposed to the Houthi forces and launched a military intervention in Yemen in 2015, ostensibly seeking to restore Yemen’s internationally recognized government to power. The conflict is also a regional one, in which the Saudis and their allies are seeking to prevent Iran from expanding its influence.

The U.N. Security Council imposed sanctions this week on three Houthi rebel leaders that it said helped orchestrate attacks on Saudi Arabia and Yemen’s remote Marib province, a stronghold of the internationally backed government. At least 1,700 government troops were killed in Marib in the first nine months of this year. The Houthis are also believed to have suffered serious casualties but do not release official tolls.

In recent weeks, the Houthis have made some significant territorial gains in Marib. If they were to seize control of the resource rich province, they would gain near-total control of the country’s north. The Saudi-led coalition is supporting government troops and allied local forces in Marib with airstrikes, but regular shelling, drone and missile attacks have led to high numbers of casualties among government troops. Recent attacks have also killed civilians, including children, in Marib.

The international community is pushing for talks to put an end to the conflict. The Houthis have said they are unwilling to negotiate until port restrictions are lifted and the airport in Sanaa is reopened.

In February, the Biden administration removed the Houthis from a foreign terrorist watch list and announced the end of U.S. support for the Saudi-led coalition’s offensive operations, pledging instead to ramp up diplomatic efforts by naming diplomat Timothy Lenderking as special envoy to Yemen.

Lenderking traveled to the region in recent days, in part to try to convince the “Houthis to stop their offensive on Marib and repeated attacks against civilian areas, which are exacerbating the humanitarian crisis,” the State Department said in a statement.

He also planned to “press the parties to implement critical economic reforms, secure regular imports and distribution of fuel, and resume commercial flights to Sanaa airport,” the statement said.

Lenderking previously called Marib the “stumbling block” in negotiations between the sides.

In conservative circles, the detentions and compound breach spurred criticism of President Joe Biden’s foreign policies. U.S. “enemies sense weakness when certain people hold office,” Rep. Dan Crenshaw, R-Texas, said in a tweet that compared the events in Sanaa to events such as the 1979 seizure of the U.S. Embassy in Tehran and the deadly 2012 attack on American facilities in Benghazi, Libya, despite the lack of involvement of American personnel in the current case.

Cheng reported from Seoul. The Washington Post’s Missy Ryan in Washington contributed to this report. 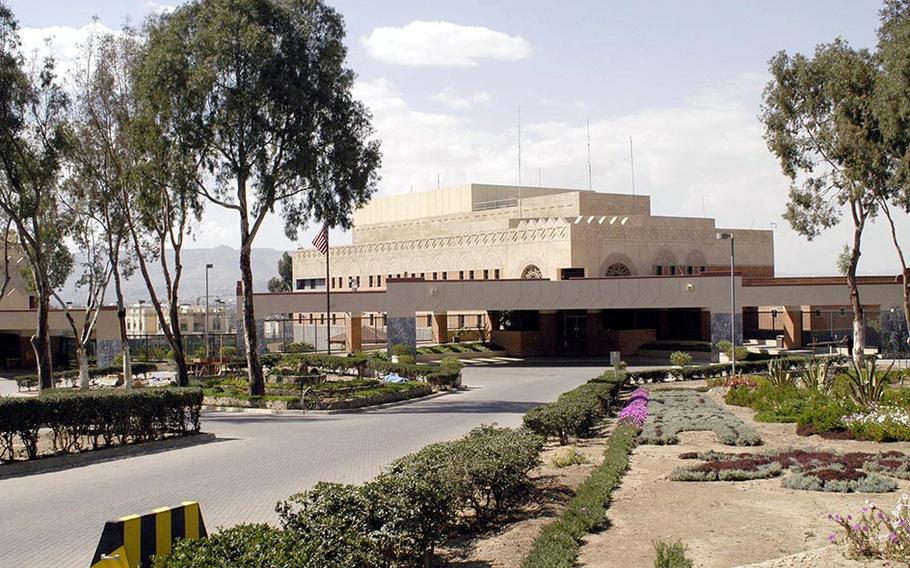