The Taliban included the leader of a U.S.-designated terrorist organization in a new government to formally mark the group’s return to power after 20 years of war with America, as the West grapples with whether to recognize the new administration.

Mullah Mohammad Hassan, the little-known head of the Taliban’s leadership council, was named as acting prime minister, spokesman Zabihullah Mujahed said at a press conference in Kabul on Tuesday. Taliban co-founder Mullah Abdul Ghani Baradar, the main public face of the group who signed a peace deal with the Trump administration last year, will serve as his deputy.

Sirajuddin Haqqani, leader of the Haqqani Network who is on the FBI’s most wanted list for terrorism, will serve as acting interior minister. That may complicate any moves by the U.S. to cooperate with the Taliban, particularly as President Joe Biden urges the Taliban to cut all ties with terrorist groups.

The Taliban want good relations with all countries in the world, including the U.S., Mujahed told reporters. He called the cabinet a “diverse group” that included a variety of ethnicities and backgrounds, although no women were chosen.

“We’re not a tribal force,” Mujahed said. “We hope all countries in the world will recognize the legitimacy of our government and our Islamic regime.”

The U.S. and its allies have been watching to see whether the Taliban would form an inclusive government that can stabilize the country and prevent a return to civil war. Other demands include freedom of travel for those who want to leave Afghanistan and rights for women, who faced extreme repression when the Taliban last held power at the turn of the century.

At a briefing on Tuesday, White House spokeswoman Jen Psaki said she didn’t have a timeline for when the U.S. would recognize the new Taliban government and was still working to evacuate remaining Americans.

“There’s no rush to recognition,” she said. “It is really going to be dependent on what steps the Taliban takes. The world will be watching, the United States included.”

For the new Taliban government, lots is at stake. Signs of an economic crisis are brewing, with prices of essential goods rising in Kabul while banks run short on cash. The U.S. has frozen roughly $9 billion in assets belonging to Da Afghanistan Bank, or DAB, the nation’s central bank, and the International Monetary Fund cut off the group from using fund reserve assets.

Mujahed made no mention of Taliban Supreme Commander Haibatullah Akhundzada, who hasn’t been seen in public since becoming the group’s leader in 2016. Mohammad Yaqoob, the son of former supreme leader Mullah Mohammad Omar — who refused to give up Osama bin Laden to the U.S. before the 2001 invasion — became acting defense minister.

— Abdul Salam Hanafi, second deputy prime minister. He’s an ethnic Uzbek and a member of Taliban’s political office in Doha, Qatar. He was deputy minister of education when the Taliban last ruled between 1996-2001.

— Amir Khan Muttaqi as acting foreign minister. He’s an ethnic Pasthun from Helmand province and was a senior member of Taliban’s political office and negotiation team in Doha.

— Din Mohammad as acting economy minister. An ethnic Tajik, he was also a member of Taliban’s negotiation team in Doha. He was the minister for planning and higher education during the Taliban’s previous rule.

— Mohammad Idris as acting governor of the central bank. Idris headed the Taliban’s economic commission. Little else is known about him, including his education background and professional qualifications in dealing with monetary, currency and banking policy.

The regional and wider security threats have already played out at the Kabul airport, where a suicide bombing blamed on a local off-shoot of the Islamic State terror group killed nearly 170 Afghans and 13 U.S. service personnel in the last days of the chaotic American evacuation from the country.

The Taliban has sought to recast themselves in a more moderate mold: promising amnesty for their enemies, vowing to build an inclusive government with various ethnic groups, keep terrorist groups off Afghan soil and allowing women to work within the bounds of Shariah law.

But many Afghans are cautious about the promised shifts in the Taliban’s stance, highlighted by two weeks of desperate scenes at Kabul’s Hamid Karzai International Airport. Several people died as massive crowds rushed to the tarmac soon after the militant takeover, and even the suicide bombing failed to deter crowds. 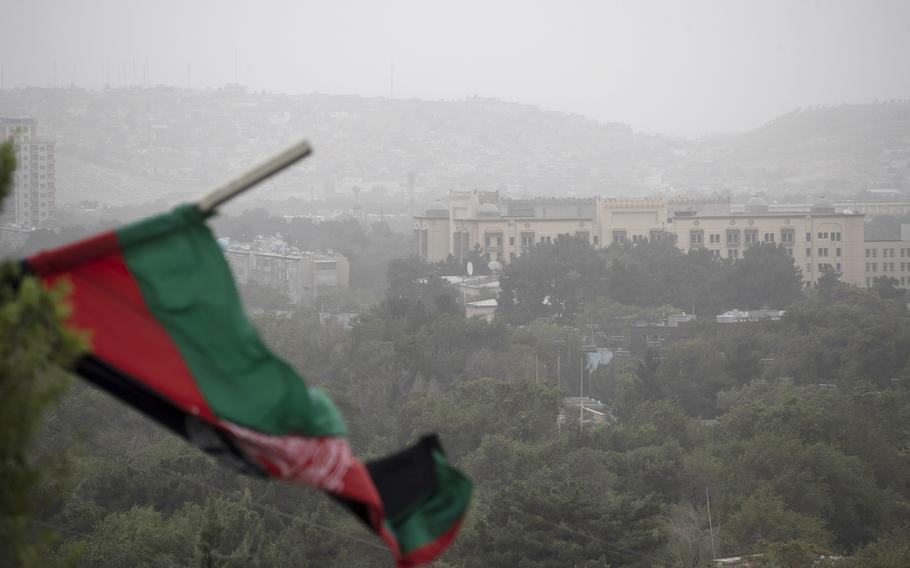