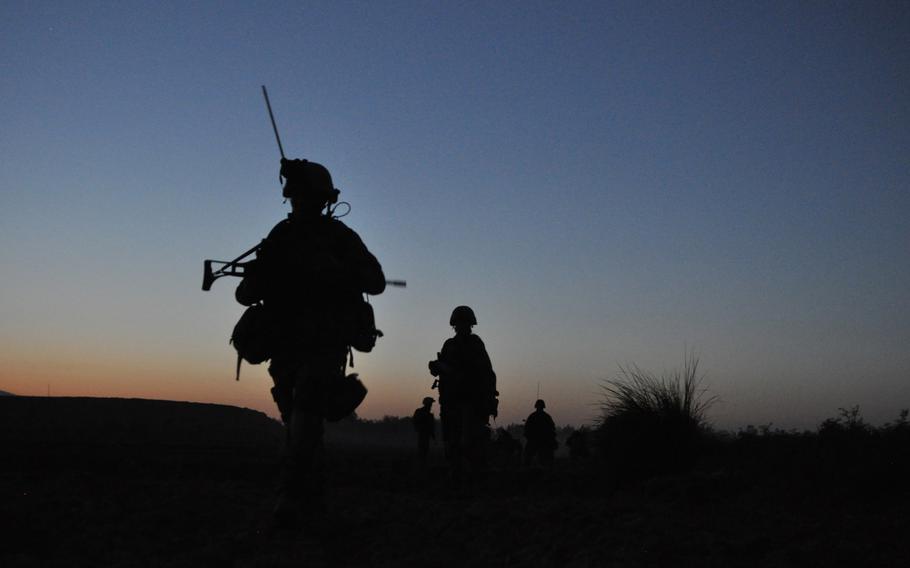 BERLIN — As the Taliban entered Kabul last week, Marcus Grotian had to deliver a tough message to hundreds of Afghans gathered in safe houses in the capital: Leave immediately and hide wherever you can.

With the militants going door-to-door, having some 400 Afghans who had worked with the German military and other agencies holed up with their family members was too high a risk.

"Everyone was in panic, they were terrified," said a 35-year-old Afghan who served as a translator alongside German troops in northern Afghanistan.

The government's handling of its "Ortskräfte," or local staff, has provoked harsh criticism in Germany. Ministries and officials have traded blame over why the state failed to act sooner on evacuations, piling on pressure ahead of tightly fought elections in September.

While other coalition countries are also scrambling to make rescues, Germany's process has been faulted for being particularly narrow in scope, initially only accepting those who had worked for its military or agencies during the past two years. Subcontractors were excluded.

"It's shameful that the government didn't step up and do what was supposed to be their job," said Grotian, who runs the Patenschaftsnetzwerk Afghanische Ortskräfte, a nongovernmental organization in Germany that supports Afghans who have helped German forces.

Frustrated with the lack of official action as Germany withdrew its soldiers in July, Grotian had set up the safe houses to get the vulnerable to Kabul. There they could, in theory, apply for German visas.

By the time the troops left, 2,400 visas had been issued for Afghans — covering several hundred staff then employed by German ministries and their families. After a public outcry and numerous demonstrations by Afghan workers at German bases, the government expanded its criteria to individuals it had employed from 2013 on.

That included 31-year-old Ahmad, a senior interpreter who translated on operations for the German military between 2009 and 2018.

He'd been threatened by the Taliban because of that work. In 2016, he was the subject of a stamped arrest notice from the Taliban that described him as "dangerous" and cited his collaboration with coalition forces. "He should not be alive," it read.

But instead of the threats giving him safe passage to Germany, he says they were the reason cited for his army contract not being renewed. His continued presence on the base "would endanger security and order in the camp," his termination letter read. The military said this week that it could not comment on a specific case.

When the Taliban approached Mazar-e Sharif in July, Ahmad traveled to Kabul with about 200 people with similar backgrounds. They crammed into the safe houses, too scared to leave or even go outside.

"That safe house was like a prison for us," he said. "We were really scared."

At least Kabul was marginally safer — and in reach of Germany's visa office, which by then had outsourced the processing of applications to the International Migration Organization.

Germany's Foreign Office said it can't provide figures for the number of visas issued since July 1, though Grotian does not know of any. The system, he contends, was set up to keep people out instead of letting them in.

And despite working for the Germans for nearly a decade, it was the Dutch military that evacuated Ahmad to the Netherlands.

"I never had a Dutch contract, I just had some friends and some certificates," he said.

Political will recently shifted in Germany, but it was too late to get people out without a battle. Just hours after Grotian shut down his safe houses, one location was visited by the Taliban and a landlord interrogated.

German special forces now are being dispatched via helicopter to carry out risky rescue missions for those trapped.

Foreign Minister Heiko Maas has resisted calls to resign yet has acknowledged that the situation was "misjudged." No one expected the Taliban to take over so fast, he said.

Yet Grotian had been urging expediency for weeks, writing four times to the chancellery and asking it to take charge of an expedited process. The visa system was "flexible like the Titanic," he said.

Even after six days, he noted, German authorities have been unable to give those seeking protection any kind of formal letter to get them access to the airport, where the gates are manned by U.S. soldiers. "We are doing a bad job," Nouripouri said.

Ahmad's brother Mohammed, who translated for German forces between 2011 and 2013, is still waiting for his exit. He has moved to a new apartment three times since arriving in Kabul last month.

Like most Afghans who worked for the Germans, he is from the northern Afghanistan area where the country's troops were stationed. Staying in Kabul while trying to escape, especially with Grotian's safe houses closed, involves money and significant risks.

A contact in Germany called and told him to get to the airport for a flight.

"I went there, I saw the situation of people, how badly they were treated," Mohammed said, with the Taliban shooting directly at the crowds. His wife, 5-year-old daughter and 6-year-old son were with him, and his daughter cried amid the gunfire.

"I said to her, 'No, sweetie, they are not shooting us, they just want to separate the crowd,'" he recounted. "I'm not caring about [the] firing; I worked together shoulder to shoulder with German officers. But for my family, it's something dangerous. They didn't see anything like that."

The airport gates remain crowded with throngs of people who don't have documents. For those that do, there's no plan to get them in.

The 35-year-old Afghan translator who had stayed at Grotian's safe house only worked with German troops up until 2009. He has tried four times to reach the airport — avoiding Taliban patrols — despite not technically being eligible to be evacuated to Germany.

"When you get caught, all that matters is if you worked for a foreign agency," he said.

Mohammed is now waiting for an official call from the Germans before again risking a trip to the airport with his wife and children.

"They are leaving us behind," he said. "It's all the coalition forces, not only the Germans. But we worked with the Germans, we made their operational success. We were their tongues."