The Afghan government is too weak to win a negotiated settlement without a new military strategy, the U.S. envoy to the war-ravaged country said Tuesday.

“The situation is very concerning, and our expectation is that both the government and the Talibs would focus on a political settlement,” Zalmay Khalilzad, the U.S. special representative for Afghanistan, said at the Aspen Security Forum. With the Taliban surging, it’s now necessary for the government to find its “military bearings,” he said.

Khalilzad spoke as the Taliban makes military advances across the country and the U.S. prepares to complete its withdrawal from the country before the end of the month. The U.S. has spent at least $837 billion on “warfighting and reconstruction” in the country over two decades.

Reversing that situation to prevent a Taliban takeover would require the U.S. going back into Afghanistan to provide close air-support and reconnaissance, an unlikely move by the Biden administration at this point, Petraeus said.

On Tuesday, the congressionally mandated Special Inspector General for Afghanistan Reconstruction warned that the U.S. was leaving behind a country which “remains poor, aid-dependent and conflict-affected, with any potential economic growth in the short term further limited by the lingering effects of the COVID-19 pandemic.”

Khalilzad said that any political settlement in Afghanistan would need to be broad-based, respect women’s rights, and respect international law. But military realities stand in the way of reaching such a settlement, he said.

The Taliban has been “emboldened” by its recent military advances and is in a “maximalist frame of mind” when it comes to a negotiated settlement, Khalilzad said. They are “demanding that they take the lion’s share of power in the next government given the military situation,” he said.

The center of Kabul, the Afghan capital, was shaken Tuesday by a powerful blast, Reuters reported.

Secretary of State Antony Blinken said in a tweet Tuesday that he spoke to Afghan President Ashraf Ghani “to reiterate the strong and enduring U.S. commitment to Afghanistan. We discussed the need to accelerate peace negotiations toward an inclusive political settlement that respects the rights of all Afghans, including women and girls.”

But the administration has underscored that its future support would be limited to economic aid and limited airstrikes from bases outside of Afghanistan to prevent a resurgence of terrorist groups such as al-Qaida. 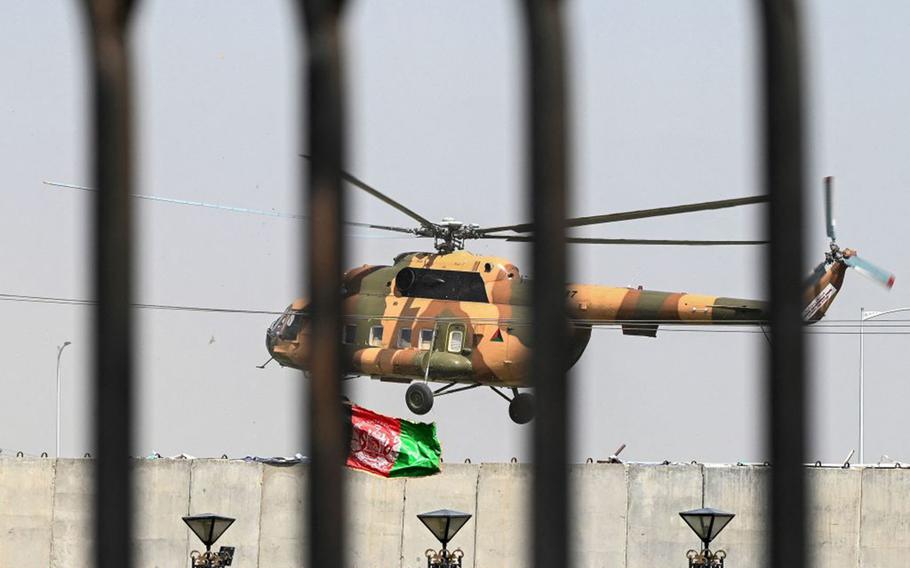