After an Afghan ‘comedian’ is killed by militants, videos of his treatment spark outrage

by
Alex Horton and Ezzatullah Mehrdad
• The Washington Post • July 28, 2021 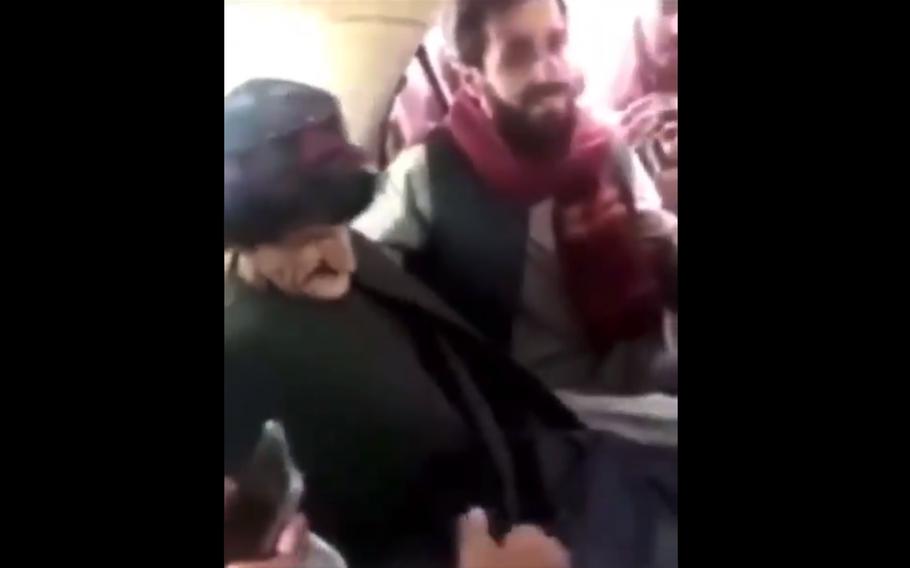 KABUL — Crammed into a back seat between two gunmen, and asked about the circumstances of his abduction, Nazar Mohammad Khasha made perhaps one of the last jokes of his life.

Men came to drag the funnyman and police officer from his Kandahar home, he said, according to video circulating on social media. With his hands behind his back, he told the militants that his abductors had mustaches — symbolic of bravery in southern Afghanistan — on their backsides.

He was slapped twice in the face for the insult, sending him to a brief daze before a grinning fighter hands an AK-47 to another man through the window. "Don't let him go," a man said out of frame.

Khasha was killed last week, but the newly released videos of him being struck have ignited wide condemnation across Afghanistan, drawing outrage at the brazen attack on this Kandahar police officer — often described as a comedian whose goofball charm was popular on social media.

It also struck artists and activists as a grim portent of a future Afghanistan at least partly controlled by a Taliban intolerant of art and humor.

"It was a slap in the face of all people of Afghanistan . . . an insult against humanity and dignity," Afghan Second Vice President Sarwar Danish said in a Facebook post on Tuesday, in a violation of "justice, knowledge and art."

The Taliban claimed responsibility for Khasha's death, said Zabiullah Mujahid, a spokesman for the militant group. He said his death is under investigation because the group would typically try a prisoner in an Islamic court, rather than kill outright. The Taliban accused Khasha of committing violence against civilians.

Another Taliban spokesman, Suhail Shaheen, earlier denied that the group was responsible for Khasha's death.

The circumstances of Khasha's death remain murky, as do the grievances that may have sparked the abduction and killing.

Khasha was an obscure figure inside Kandahar before his death, and his relationship with the community as a policeman is unclear. Local police in Kandahar are notorious for their own abuses and atrocities against civilians in their fight against Taliban militants, including retribution driven by tribal affiliation, extortion and other crimes.

Illustrations of Khasha have flooded Facebook and Twitter, galvanizing prominent writers and diplomats as the Taliban absorb more territory across the country. In Kandahar, Khasha's hometown, militants have besieged and now control some parts of the provincial capital, along with about half of the country's district centers, U.S. defense officials have said.

Kaweh Kerami, a lecturer at the American University of Afghanistan, said the video has ignited discussion about the Taliban's role in civil society if they topple the Afghan government. Khasha's killing, he said, is a grim prospect for artists and those voicing dissent.

"When people see such a video and killing, bad memories of Taliban revive in minds of people," Kerami said.

Artists condemned Khasha's killing, calling it a deliberate assault on free expression. Kawa Jobran, a poet, said on Facebook that "laughter and jokes do not have a place" under Taliban rule.

Homeira Qaderi, an author and activist, also posted about Khasha on social media as the videos circulated.

"We will not forget your oppressed look," she said on Twitter.

The Washington Post's Haq Nawaz Khan in Peshawar, Pakistan, contributed to this report.