KABUL, Afghanistan — The last German and Italian military troops left Afghanistan and arrived home Wednesday, ending the war for two of the NATO coalition’s largest contributors as the withdrawal of foreign forces accelerates.

“A historic chapter is coming to an end,” German Defense Minister Annegret Kramp-Karrenbauer said in a statement. She thanked the more than 150,000 troops who served in the country since 2002 and said that the nation’s military had “proved itself in battle.”

Germany most recently had the second largest contribution to the NATO mission after the United States. It focused on northern Afghanistan and last had bases in Mazar-e-Sharif and Kabul. Fifty-nine German troops died during the nearly 20 years of war, The Associated Press reported.

Three transport aircraft landed at Wunstorf air base in northern Germany on Wednesday afternoon, the AP reported. The troops, wearing masks, lined up on the tarmac for a brief ceremony, but the military dispensed with a bigger reception because of the coronavirus pandemic.

“We have worked long and hard to stand here today,” said Brig. Gen. Ansgar Meyer, the last commander of the German contingent, as quoted by the AP. “As your commander, I can say for you: “Mission accomplished.” You have fulfilled your task.” 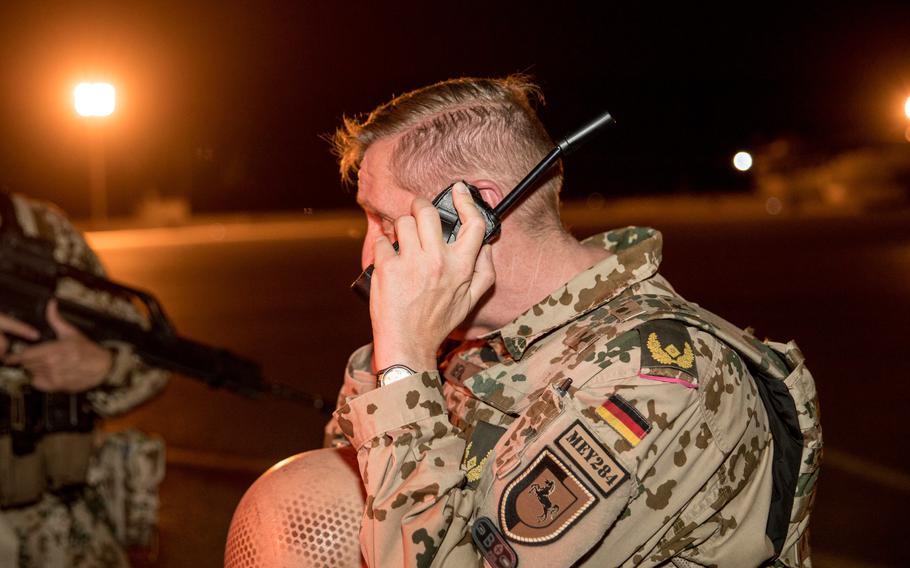 At the military airport in Pisa, Italy, Italian Defense Minister Lorenzo Guerini welcomed the final troops back from Italy’s base in Herat. He paid tribute to the 53 Italians who died, and 723 who were injured over the past two decades.

Forces from Denmark, Estonia, Finland, Georgia, the Netherlands, Norway, Spain and Sweden have also left Afghanistan, news reports over the past couple of weeks said. The United States and a few other nations remain out of the approximately 36 that once contributed troops to the fight against the Taliban, al-Qaida and other militant groups.

The U.S. military is finalizing its exit from the country by Sept. 11, though most troops are expected to leave well before that date. Bagram Airfield, once the largest U.S. base in Afghanistan, is expected to close in the coming days, Afghan officials said.

The troop withdrawals come amid increasing violence in Afghanistan, which has seen numerous districts fall to the Taliban in recent weeks.

Leaving Afghanistan without securing peace has led to mixed feelings among defense officials in countries like the Netherlands, which partnered with the U.S. over the last 20 years.

“A great deal has been achieved, but we also need to be realistic: the results are not irreversible,” Dutch Defense Minister Ank Bijleveld-Schouten said at a ceremony last week.

Some 650 U.S. troops could remain in the country after the withdrawal to protect the U.S. Embassy in Kabul.

Additional U.S. troops could remain until September to ensure the safety of Kabul’s international airport. In the longer term, NATO member Turkey could take over security of the airport, The New York Times reported Tuesday.