Afghan leader says Biden didn't press him on US captive 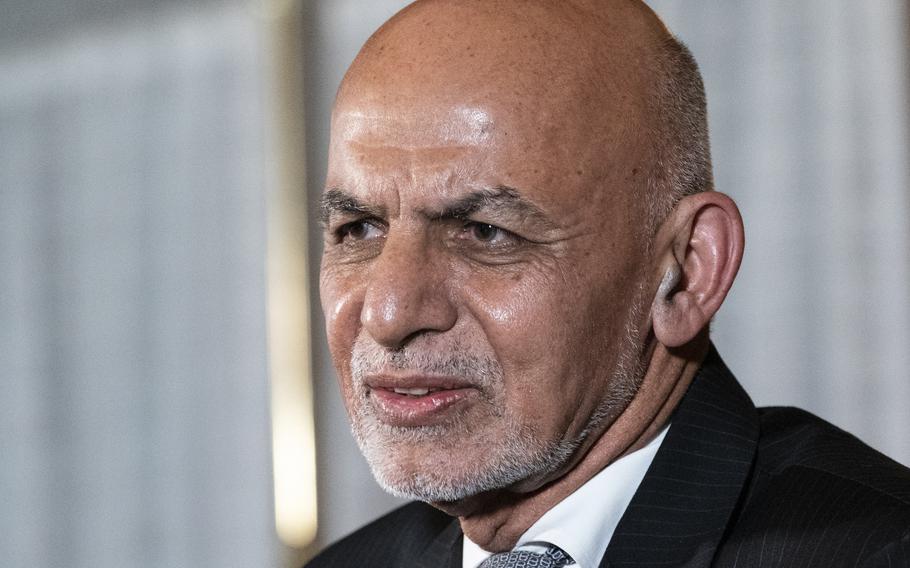 WASHINGTON — Afghan President Ashraf Ghani said Friday that his government would do what it can to help secure the release of an American contractor abducted more than a year ago, though he said President Joe Biden didn't press him on the matter during a White House meeting.

Mark Frerichs, a contractor from Lombard, Illinois, was kidnapped in January 2020 from Kabul and is believed to be in the custody of the Taliban-linked Haqqani network. U.S. officials have said Frerichs' captivity has been raised during negotiations with the Taliban, but they have not revealed anything about his suspected whereabouts or disclosed details of those discussions.

Asked whether Frerichs came up during a conversation earlier in the afternoon with Biden, Ghani said it did not. But he said "we will do everything in our power" to help facilitate Frerichs' release.

Ghani spoke to reporters soon after his meeting with Biden, who pledged a "sustained" partnership with Afghanistan even as the U.S. readies a military withdrawal and an end to a nearly 20-year-old war.

Frerichs' advocates have expressed concern that the looming U.S. military withdrawal from Afghanistan could make it harder to get him home, leaving the U.S. without leverage to demand his release or without the intelligence needed to pinpoint his whereabouts in the country for a rescue operation.

She said that when it comes to Afghanistan, "we will have a diplomatic presence on the ground, we will continue to work closely with the government with security support, humanitarian support, and there needs to be continued political process, ongoing negotiations."

"That will be part of the president's message today, when he meets with the leaders," she added.

Roughly 650 U.S. troops are expected to remain in Afghanistan to provide security for diplomats after the main American military force completes its withdrawal, which is set to be largely done in the next two weeks, U.S. officials told The Associated Press.