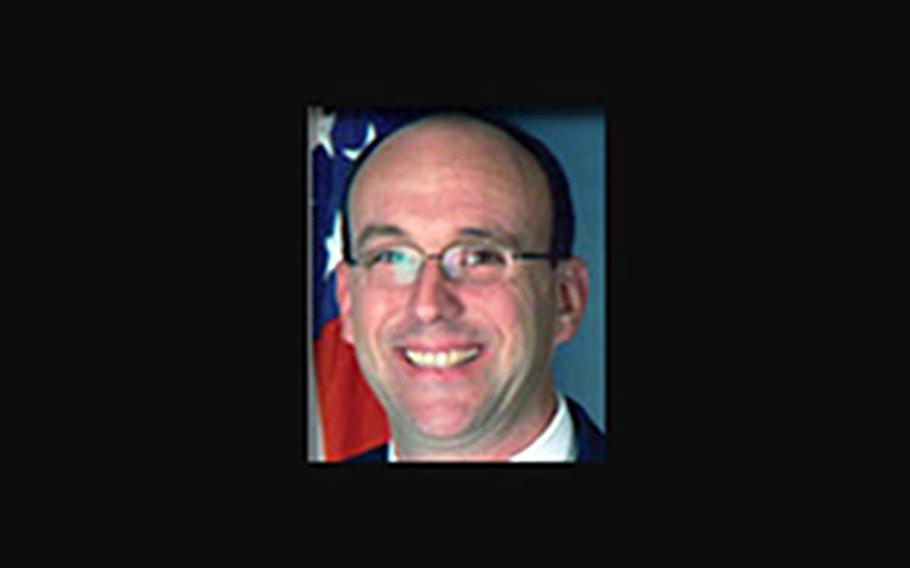 Former Patch Elementary School teacher Stefan Zappey, shown in a photo from a 2007 school press release, was convicted of four counts of aggravated sexual abuse of a child and four counts of abusive sexual contact, the Justice Department said in a statement Jan. 19, 2023. (DODEA)

STUTTGART, Germany — A former Patch Elementary School teacher was convicted by a federal jury in Georgia of sexually abusing four of his former students in Germany, according to the Justice Department.

Stefan Zappey, 56, was convicted Wednesday of four counts of aggravated sexual abuse of a child and four counts of abusive sexual contact, the DOJ said in a statement Thursday. He faces a mandatory minimum sentence of 30 years in prison and is scheduled for sentencing in May.

Zappey taught first through third grades at Patch and was employed by Department of Defense Education Activity in Europe between 2001 and 2021, the Justice Department said. He also was DODEA teacher of the year in the Bavaria district in 2007.

Army criminal investigators launched a probe into Zappey in 2020 after a former Patch student came forward with allegations against the teacher, whom she accused of touching her under her clothing more than 10 years earlier.

The victim, who was 8 years old at the time, said she did not report the abuse when it occurred because she “didn’t know it was wrong,” court papers said.

The victim, a third grader then, said Zappey called her to his desk during class and repeatedly fondled her, court records stated.

That launched a wider investigation, which uncovered additional victims who gave similar accounts of abuse. Staff members also expressed alarm over Zappey, but it was unclear from court records whether they ever raised their concerns with school leaders.

Investigators interviewed four of Zappey’s former students, who reported that he had placed his hand inside their underwear and touched their genitals, the Justice Department statement said.

“Other students and faculty members of Patch Elementary reported that Zappey frequently hugged students, had them sit on his lap, and touched their backs and stomachs under their clothes,” the Justice Department said.

The victims were between 6 and 8 years old, according to the statement.

Zappey was arrested in August 2021 while on vacation in the United States. DODEA at the time said that he was removed from the classroom in March 2020 at the start of the Army’s investigation into misconduct.